Yesterday marked Panasonic's Senseperience Expo 2016 in South Africa, where the Japanese manufacturer showcased all its new products for the year ahead, as well as what it's planning on the marketing and after-sales front.

While Panasonic reaffirmed its commitment to delivering a wider ranging array of services to reach more consumers locally, it was the bevvy of new products on display that stole our attention. While it's hard to pick a handful of stand out devices, there were three in particular that required further inspection.

Panasonic's Lumix range is back in the country, and its G series of cameras are leading the charge. There are a number of DSLM (Digital Single Lens Mirrorless) units that photogs will likely reach for, but the top of the range offering at the moment is the DMC-GH4. The GH4 has a 16.05 MP digital live MOS sensor to call upon, which delivers a total of 17.20 megapixels. Added to this is a primary colour supersonic wave filter to yield clearer images. One of the big features that Panasonic is touting for this DSLM camera is 4K recording (3840x2160). As such, along with producing great still images, the GH4 is a strong option for would-be filmmakers aiming to make the next step. Panasonic is currently selling the GH4 body for an estimated R24 000. If you've been looking to pick up a new high powered mirrorless camera, the GH4 should be on your list to check out. Panasonic has a long tradition of producing great televisions. In 2016, like many of its competitors, they've embraced 4K wholeheartedly. One of the more eye catching models they have to offer is the 55" CX700 Viera 4K TV. Measuring 123.7 centimetres across, the CX700 is certainly well sized for a large living room. Complimenting its dimensions is a simple and clean aluminium frame running along the borders of the display. 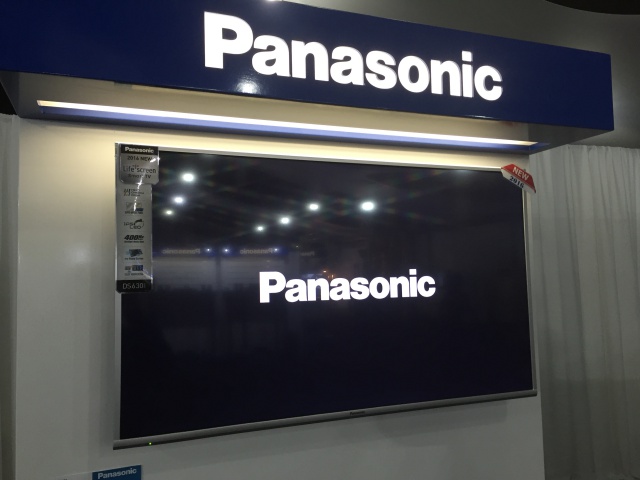 It serves up Ultra HD 4K image quality with a crisp and clear 3840x2160 resolution. It might not be curved, which has become the á la mode design feature for most high end 4K TVs, but the 176-degree viewing angle proves quite immersive. Furthermore, it touts smart capabilities, with a clutter-free user interface that we enjoyed. For now, Panasonic has not detailed the CX700's RRP, but if you're not enamoured with curved 4K TVs, this option ticks all the boxes. Along with televisions, Panasonic is also known for their household and bathroom appliances. It's the latter that intrigued us more at the Senseperience Expo yesterday, and in particular the ES-LV95 rechargeable shaver. It's easily the Japanese manufacturer's top offering, and for those that are constantly grooming their designer stubble, it plays the part. Much of its appeal lies in the head, with a total of five blades at work to give a smooth shave. 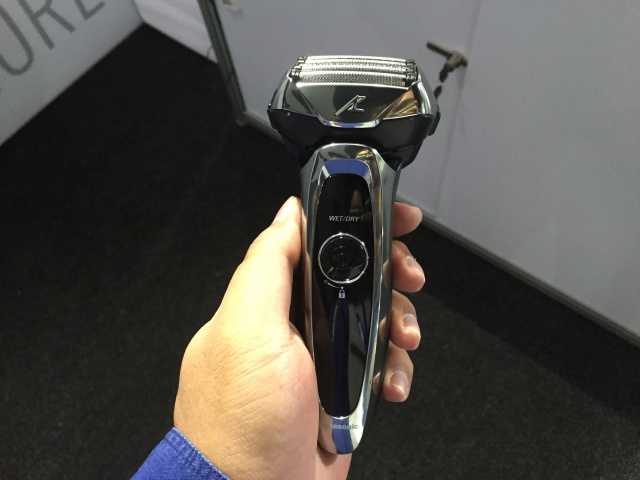 It's not simply a numbers game, but rather the fact that the five blades work independently to contour to the shape of one's face, delivering a closer shave according to Panasonic. What impressed us most of all,, was just how light the unit was at 200 g. When you add to that a one hour charge time and 45 minutes of continuous use from a full charge, the ES-LV95 can also be taken on the road sans charger for short trips. The ES-LV95 retails for roughly R2 000 depending on the store. If you were an avid fan of Panasonic products during the late 90s and early 00s, you'll be pleasantly surprised with the range of products they've brought into the country for their relaunch that started last year. As such, for consumers and reviewers like us, the increased number of choices will hopefully mean more competitive prices.