We all know that when it comes to Action Cameras, the GoPro Hero 3 has become the go-to choice for many videographers and adrenaline junkies alike, but variety is the spice of life. With that in mind, we've compiled a list of the top action camera alternatives.

Ringing in at just under R3 000, the Multirunner 710X is the most affordable action camera on our list, and serves as a great option for those looking to get into filming their extreme sport exploits. Added to this, is the ability to record full HD content (1920x1080) at 30 fps, also able to capture 5 MP photos. 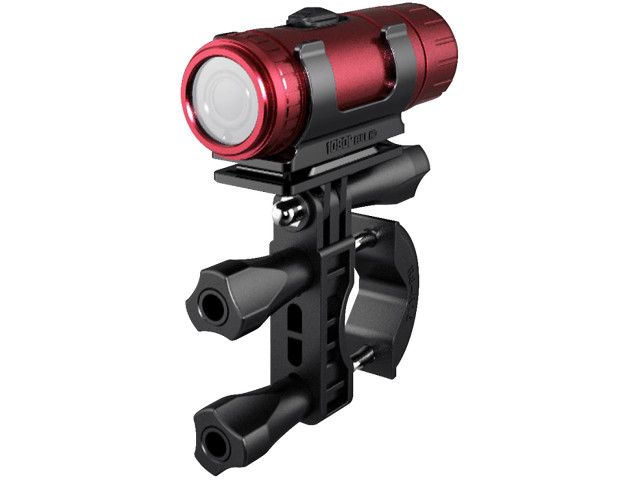 The design of the Multirunner is fairly compact, resembling a small flashlight and measuring a mere 95 mm long, making it easy to carry and setup with little or no hassle. On the rear, the 710X features a microSD card slot for up to 32 GB worth of content and HDMI output for TV playback. Furthermore, the 710X can be attached to one's chest or wrist, as well as mounted to a bike, ski or surfboard via it's rotatable brackets. All of which is included when purchased from www.divetek.co.za locally.

Next up is the iON Air Pro 3 action camera, which has a similar look and feel to that of the Multirunner 710X, but steps it up a notch with the notable addition of Wi-Fi connectivity and a handy App for easier operation. It also features a very solid design and weighs in at 142 g, which lends itself well to robust use in a variety of scenarios. The iON Air Pro 3 is capable of recording 1080p full HD content thanks to its 12 megapixel sensor, also boasting single shot, time lapse and 10 photo time burst modes. Enhancing the iON Air Pro's hard wearing status, is the ability to operate underwater at 15 m, with an added waterproof mic and 8 GB worth of free cloud storage. Included with purchase, is a fastening strap, helmet mount, tripod and adhesive pads to further secure the iON Air Pro 3.

One name synonymous with outdoor tech is Garmin, and its Virb Elite action camera is slowly gaining a reputation as one of the best options out there. Compared to the iON Air Pro 3, the Virb Elite favours a flatter, slightly more rectangular shape, wrapped in a rubberised shell to protect against any knocks taken during use. Garmin has incorporated a 16 megapixel CMOS sensor, which is higher than the other action cameras listed, capturing 1080p full HD content at 30 fps. One of the Virb Elite's defining features, is its built-in 1.4" Chroma display, which is extremely useful when initially setting up the camera and establishing the viewing angles for recorded video. This display also allows users to scroll through different menu options and settings, as well as provide video playback. It may retail for R5 600, but the on-device display, high quality sensor make a winning combination for any avid extreme sport videographer.