Back in South Africa on the business notebook side, Toshiba South Africa today launched the Portégé X20W-D, Portégé X30 and Tecra X40 range at a media event held at distributor Mustek’s offices in Midrand.

Thin and light were certainly on the agenda, with these magnesium-alloy devices no more than 1.25 kg in weight. The notebooks also boast 7th generation Intel Core U-series processors, with Core i3, i5 and i7 variants on the menu. 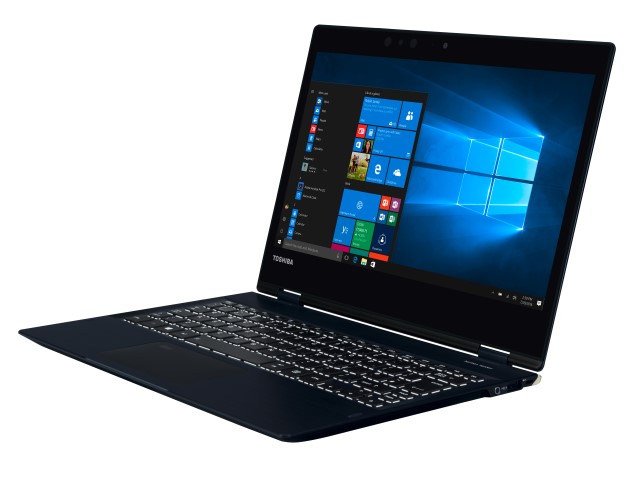 The Portégé X20W-D, measuring in at 15.4 mm thin, provides both notebook and tablet functionality, being able to fold over on itself, much like devices seen from Lenovo. It offers a 12.5” Full HD Corning Gorilla Glass 4 touchscreen, for which a 2048 pressure point AES stylus pen is available.

The Toshiba X20W twisting but not shouting pic.twitter.com/G05ozwqvqf

The machine is certainly an example of what Toshiba calls “Elegant Engineering”, with a smart Onyx Blue cover and Light Gold hinges. Toshiba clocks the X20W’s battery life at 16 hours, meaning it can survive those long flights to the States or China. Onboard is also two-factor authentication with fingerprint reader and IR camera for face recognition.

The Portégé X30 and Tecra X40 share many of the same components and features. Both notebooks benefit from Full HD (1920 x 1080) non-glare screens, backlit keyboards, biometric and facial authentication technologies (most notably a new touchpad with a built-in fingerprint sensor), Toshiba’s own built-in BIOS and Harman Kardon stereo speakers. One of the standout features is the Portégé X30’s claimed battery life of two working days - 18 hours - without the need to return to the charger.

Thin and light (just above 1kg) are certainly on the cards from the Toshiba X30. Coming in May for  R15k. pic.twitter.com/1jHTjoCmtz

Finally worth noting is the price points provided for the new Toshiba machines, which, if not affected by the drop in Rand/Dollar, will certainly make them strongly competitive in the business market. 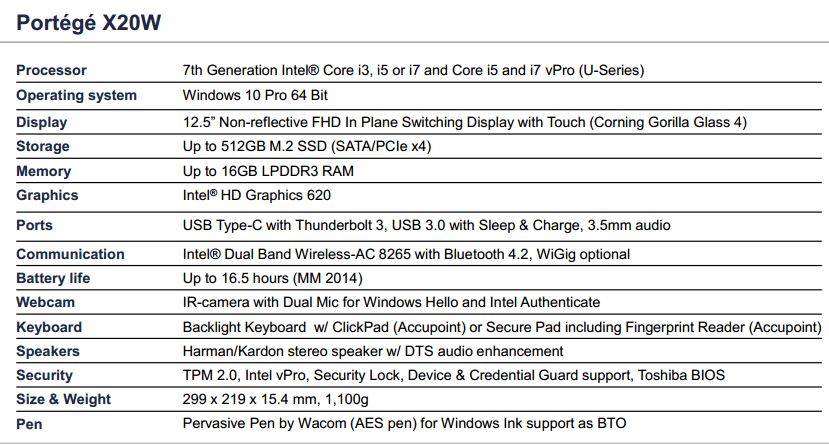 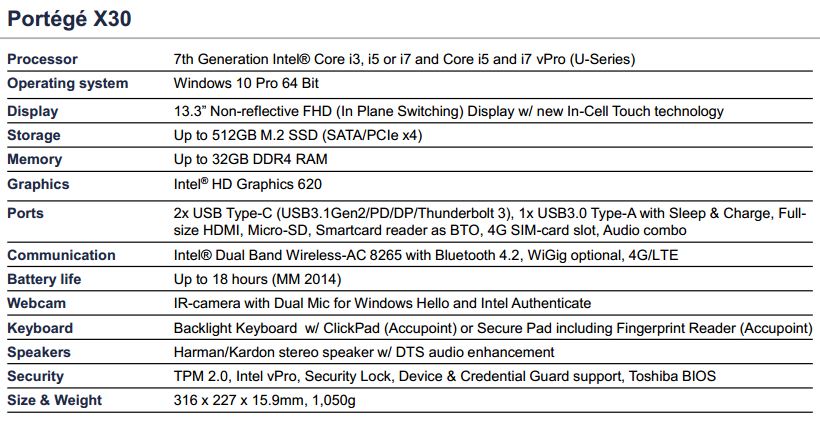 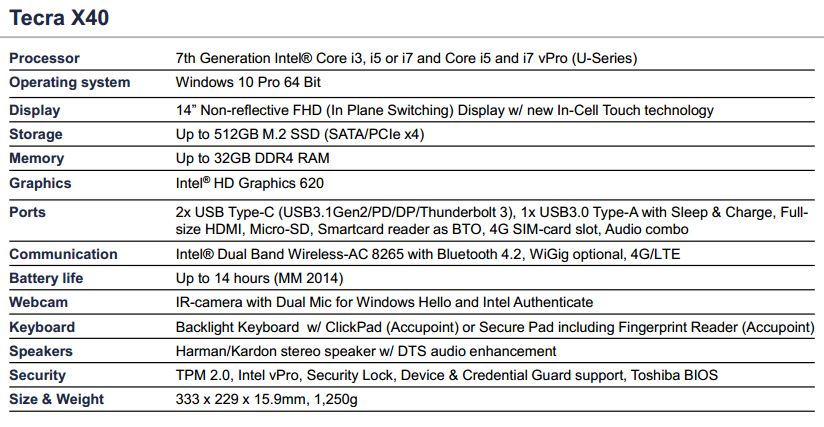