Users will now see previews of Twitter photos and videos from Vine displayed within tweets on their timelines. If they want to play a Vine video or a larger version of a photo, they simply need to tap on the tweet. 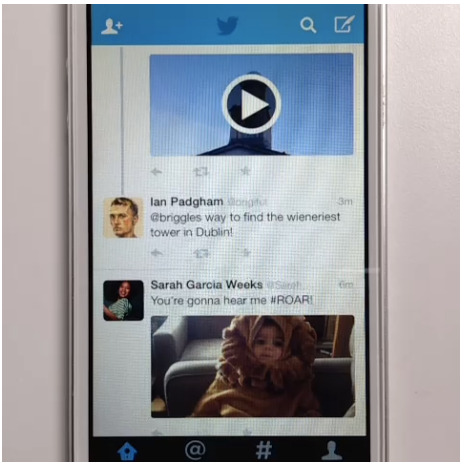 In addition, Twitter has made the task of replying, retweeting, or favouriting a tweet easier. Users can now do this, without having to leave their timeline, just by tapping to do that right inside the Tweets you see in your timeline.

Users can download or update the respective app for their mobile device from either Apple’s App Store or Google Play.