In case you have an aversion to social media, you might not have known that this past Sunday (17 July) was World Emoji Day. Following the celebrations, Twitter has released a map of the world, showing which emoji are most popular in certain countries. The map collected data from countries where the Twitter app is most frequently used. It also excludes the top 10 most used emoji, to ensure a bit of diversity in terms of the results. 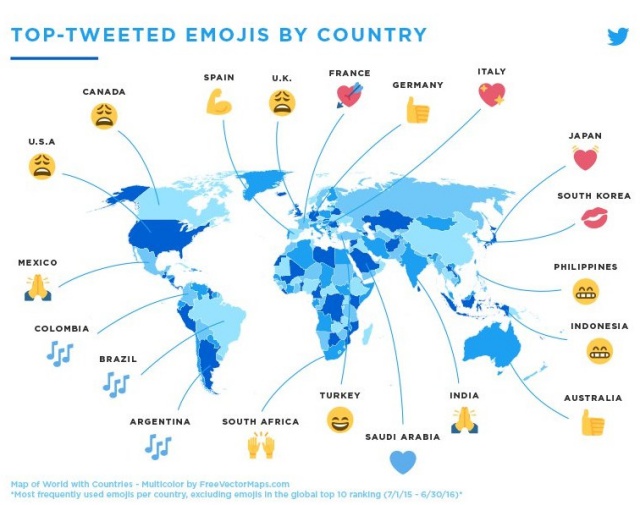 It makes for quite interesting viewing in our opinion, since in the United Kingdom for example, the tired face emoji has proved most popular, a telling sign given the recent Brexit developments. The United States also favours the tired emoji, maybe an indication of the sentiment regarding the two presidential candidates.

In South Africa, the praise hands emoji reigned supreme, but precisely why is a little unclear, especially with the state of our national broadcaster and politicians making the most of the municipal elections fast approaching. Also interesting is France's emoji, the arrow through heart. Despite recent terror attacks shaking the country to its core, it appears love is still being spread.

With emoji here to stay, maps like this could act like social media barometers for how a country or the world feels about a particular event.