Undaunted by Covid, SingularityU Summit gets underway with music and insight

The show must go on is a catchphrase that could well apply to this year’s annual SingularityU Summit. Turning what has traditionally been a live event to a packed hall into a digital one attended from the comfort of one’s home, the Summit retained the wealth of high quality speakers and interesting sessions.

It opened last night with a terrific performance from international musician Kishi Bashi, whose performance was ethereal, enchanting and no less impactful even as it was delivered through a screen. The first day of the Summit kicked off with an address from none other than Peter Diamindis, a highly regarded visionary and speaker, and the founder of Singularity University.

And, much like the Summit as a whole, he did not disappoint.

Diamandis began by speaking to the period of rapid change that the world finds itself in amidst the Covid pandemic, with the pandemic accelerated the pace of global change.

“My last book “The future is faster than you think” looks at the future of business, came out in January this year, which predicted many of the changes we expected to see in the future. A lot of the changes projected in this book have already happened in the past six months,” he explained. 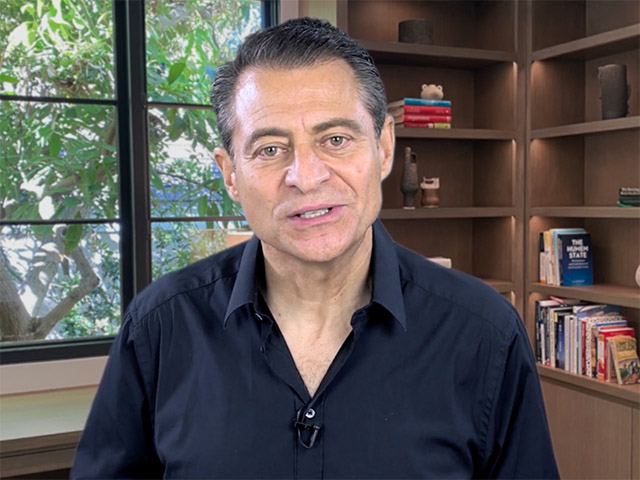 But the virus is not the only force that is causing our world to change faster than ever. Exponential technology, and the speed at which technology is accelerating is itself now accelerating too, noted Diamindis. Exponential technologies are also “hitting the planet like an asteroid strike,” he noted. It was an apt analogy. The literal asteroid marked the end of the dinosaurs and allowed mammals, most particularly human beings, to rise to become the dominant species on the planet.

The metaphorical asteroid means that companies that are slow, cumbersome, and unable to keep up with the pace of change are being left behind, while agile entrepreneurs, and what Diamindis called exponential entrepreneurs, who are able to do things much more quickly and cheaply and are progressing faster than ever.

Commenting on the often used phrase of the new normal, and to the sometimes unsasked question When will things go back to normal, Diamindis had two comments. First, he believes that a variety of Covid-19 vaccines across many continents will arrive soon – including Africa - and that will enable us to reestablish some semblance of normalcy. However, there are other aspects of life that will not go back to the way they were prior to the pandemic, as these were already moving in the direction of needing to be changed. These include:

Diamandis explained that his biggest lesion during this pandemic has been that fearfulness never does you any good. “The pandemic has also shown us that we can go from scarcity to abundance very quickly.” One example of this was the major concerns around the access to enough ventilators and personal protective clothing which dominated concerns in March and April, and which rapidly changed, with some companies repurposing themselves to create ventilators and PPC gear for medical personnel.

Offering some final thoughts, Diamandis urged people to cultivate mindsets that are appropriate for this time of tremendous change.

“You need a mindset of abundance, an exponential mindset, that moves away from scarcity to a perspective of abundance, mindsets of longevity, purpose and moonshot thinking. When you solve problems, you create abundance,” he enthused.

If there is a song that could be a fitting theme for this  year's Summit, it would have to be "The Future aint what it used to be." But, if you follow Diamandis and SingularityU's optimism, that may well be a very good thing.

Diamandis address then gave way to a variety of other other topics, that unpacked the exponential technologies that he alluded to. From AI, and the changing dynamics of work, to empathetic leadership and technology as a force for good, the first day brought a lot to absorb. And the response, at this time of writing, has been heartening, according to SingularityU South Africa co-CEO Mic Mann.

"So far the reception and feedback from the audience has been incredible. People are open to learning, which is really inspiring. The reason why we do this is for all South Africans to learn, connect, network and future proof Africa together,” he concluded.