Last year’s UA Flow Velociti Wind offered an interesting proposition - a running shoe without an outsole. At first this doesn't make much sense, but if the midsole can be sculpted correctly, you can save on the added weight of an outsole. Locally, the shoe went on to win Runner’s World South Africa’s road running shoe of the year award, so it’s not without its merits. The time has come for the second iteration, with the Flow Velociti Wind 2 now making its debut in South Africa.

According to Under Armour, the UA Flow Velociti Wind 2 is designed for speed over longer distances and engineered to provide responsiveness, energy return and grippy traction. It features the same singular Flow cushioning platform of its predecessor, which eliminates the need for rubber on the outsole, reducing the weight and giving runners the feeling of “light and effortless” speed. 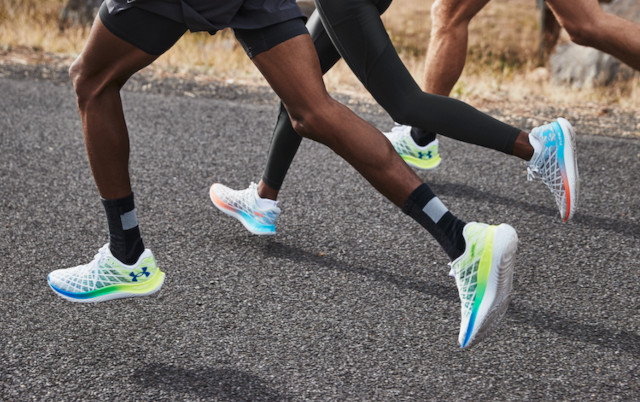 As far as upper is concerned, UA Warp makes an appearance. The company states this adapts to the runner’s foot throughout their stride, and features supporting tapes that act like seatbelts on the foot, placed precisely where their biomechanists found them to be most helpful for a runner. The tapes are in tension when you need them and relax when you don’t - eliminating any buckling and pinch points from traditional uppers built with continuous materials.

New for the UA Flow Velociti Wind 2 shoes is the Tatami Stitch Heel, delivering a more consistent lockdown around the heel, a moulded EVA sockliner with added comfort and resiliency and cushioning for high-mileage performance, according to the sporting apparel brand. 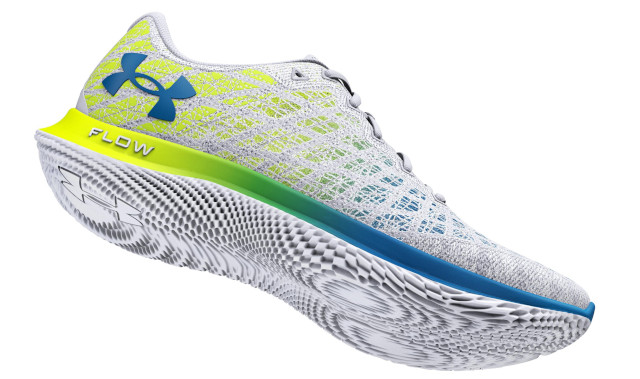 Like other in the Under Armour, this shoe connects to UA MAPMYRUN via Bluetooth to track and analyse your running metrics - useful if you’re focusing on your cadence during running, amongst others.

With a weight of 236 grams and an 8 mm heel to toe offset, this shoe seems to have a need for speed. If you’re a runner looking to up the paceand to work on some PBs, the UA Flow Velociti Wind 2 requires further investigation. It does not come cheap, however, retailing for R3 500 at Under Armour stores and https://underarmour.co.za/.