WIN the Arsenal home kit shirt with TechSmart and Puma

Thanks for all the entries into our Arsenal Puma shirt give-away. Congrats to @ask_boon who was picked as the winner!

As any ardent Arsenal supporter will know, the 2015/16 home kit was revealed through a live show at Emirates Stadium last month. For Puma’s second season of partnership with Arsenal, they designed the 2015/16 Arsenal home replica shirt with a modern approach to materials, combined with a more formal and traditional silhouette. The shirt features a grandad collar and gold piping trim around the collar edge.

The colour stays true to The Gunners’ classic red and white strip that first appeared in 1933. The main body is red to represent the tradition of Gunners and Gooners through the years, with bold jacquard stripes running horizontally. The white sleeves feature Puma’s classic Form Strip, elegantly highlighted with red piping and combined with mesh inserts for breathability. 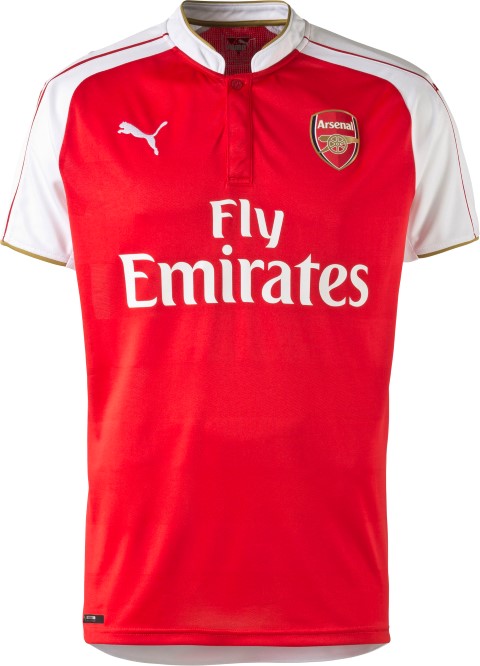 Puma’s 2015/16 Arsenal campaign Powered By Fans, represents the importance of Arsenal’s fans to the club and players. The fans play a major role in the performance of the team and the campaign represents this energy and how it can motivate and energise the players.

The home replica kit and a full collection of fan wear can be purchased in-store, or from www.puma.com and www.ArsenalDirect.com.

If you want to win the new shirt (XL only), tweet the following:

I want to win with @techsmartmag and #Puma #Arsenal bit.ly/1M7dhQ2

The competition ends on 6 August 2015, and the winner will be announced on 7 August 2015. Terms and conditions apply.

To see how the Arsenal home kit launch was powered by the fans, check the video below.