We all live in a Lego Submarine

There are a couple of Lego sets we’ve been fond of over the years, but the buildable brick company’s latest takes the cake. Based on the rather strange and psychedelic 1968 Yellow Submarine animation, the set includes said submarine, four perfect minifigures of George, Ringo, Paul and John, as well as Jeremy Hillary Boob Ph.D., a small blue-faced ally to our four musical heroes. 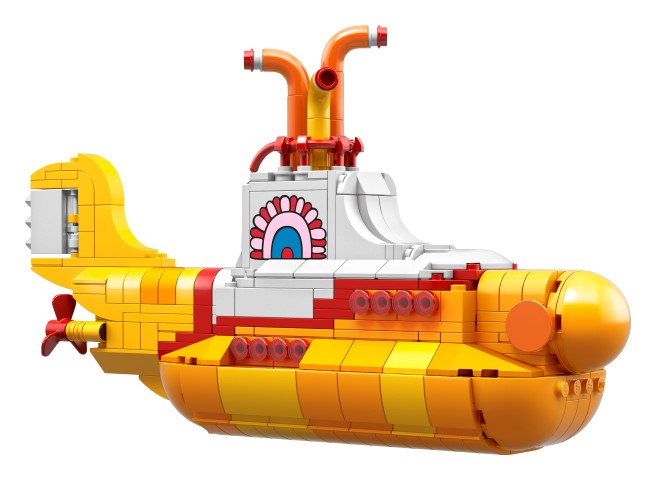 Officially the set goes by the name of the Lego Ideas 21306 Yellow Submarine, and originates from the Danish brick company’s Ideas division, where regular fans can submit their concepts, to be then voted for by supporters. With 10 000 fans supporting the project, the project is taken into consideration by the Lego Board, to choose which new designs becomes actual sets. The man with The Beatles plan is Lego fundi Kevin Szeto, who can now forever twist and shout about his achievement, while also receiving a royalty on the set, which will certainly help (we’ll show ourselves out, thanks).

“The creation of the Yellow Submarine model was really my way of showing my affection for The Beatles, as well as trying to pay a small tribute to The Beatles phenomenon. The Yellow Submarine is bright, fun, and colourful, which also made it a good subject to translate into LEGO form," his motivation for the set reads.

Szeto is a prolific Lego designer, also coming up with a San Francisco tram, the Monsters, Inc. lads and the Thunderbirds 2 rocket.

With over 550 bricks going into the Yellow Submarine, it will be available Stateside for $60, to dock on 1st of November. No news about an SA release is available yet.

Click below for the preview of the original movie.