We’ll admit, there’s a certain thrill about hearing about an ambitious new Kickstarter or Indiegogo project, that evokes the pioneer spirit of the olden day prospectors hoping to strike it big. The reality is, not all campaigns come to fruition, producing actual inventions that are available to the market.

That is where Outgrow.me comes in, as it keeps track only of successful campaigns that resulted in an available product. These include the likes of Android gaming console OUYA and the Brydge, an aluminium iPad keyboard with built-in speakers which offers a near 180 degree positioning. 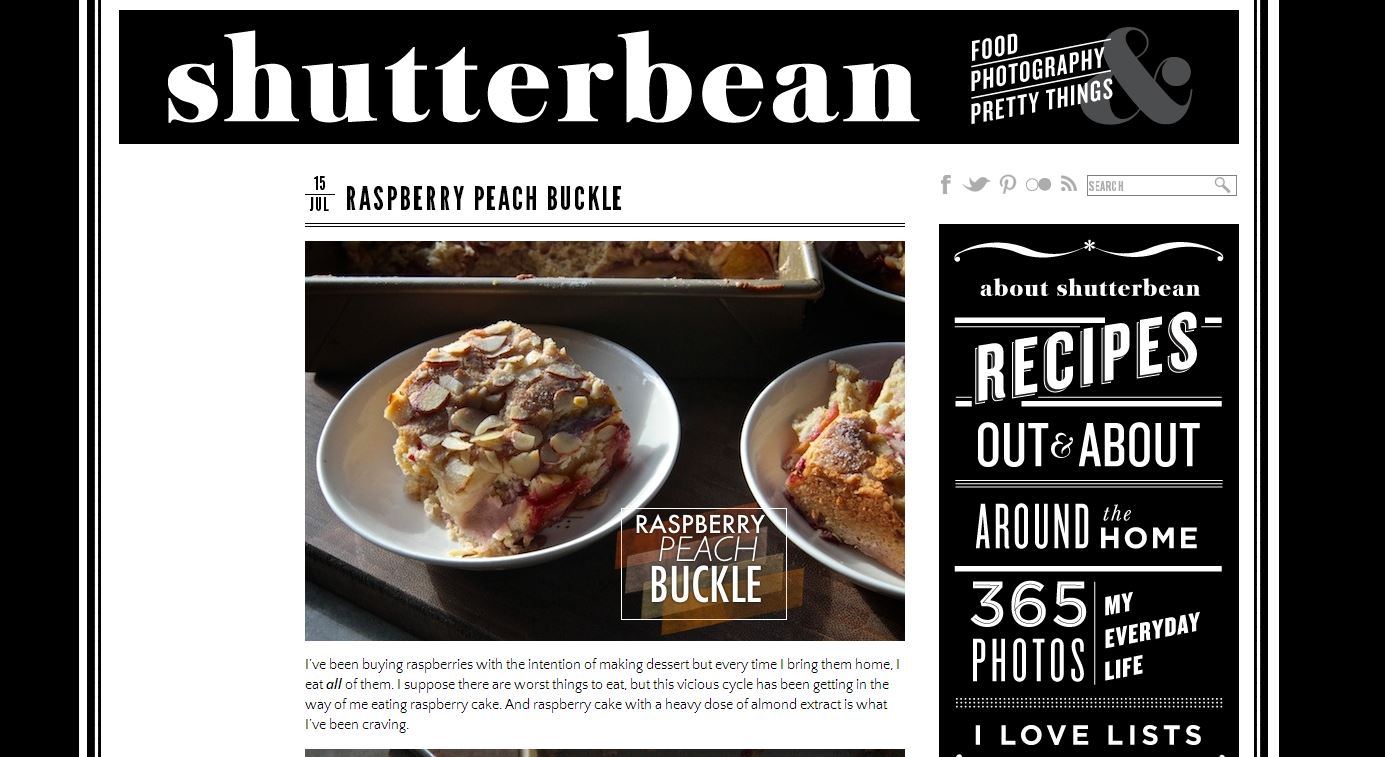 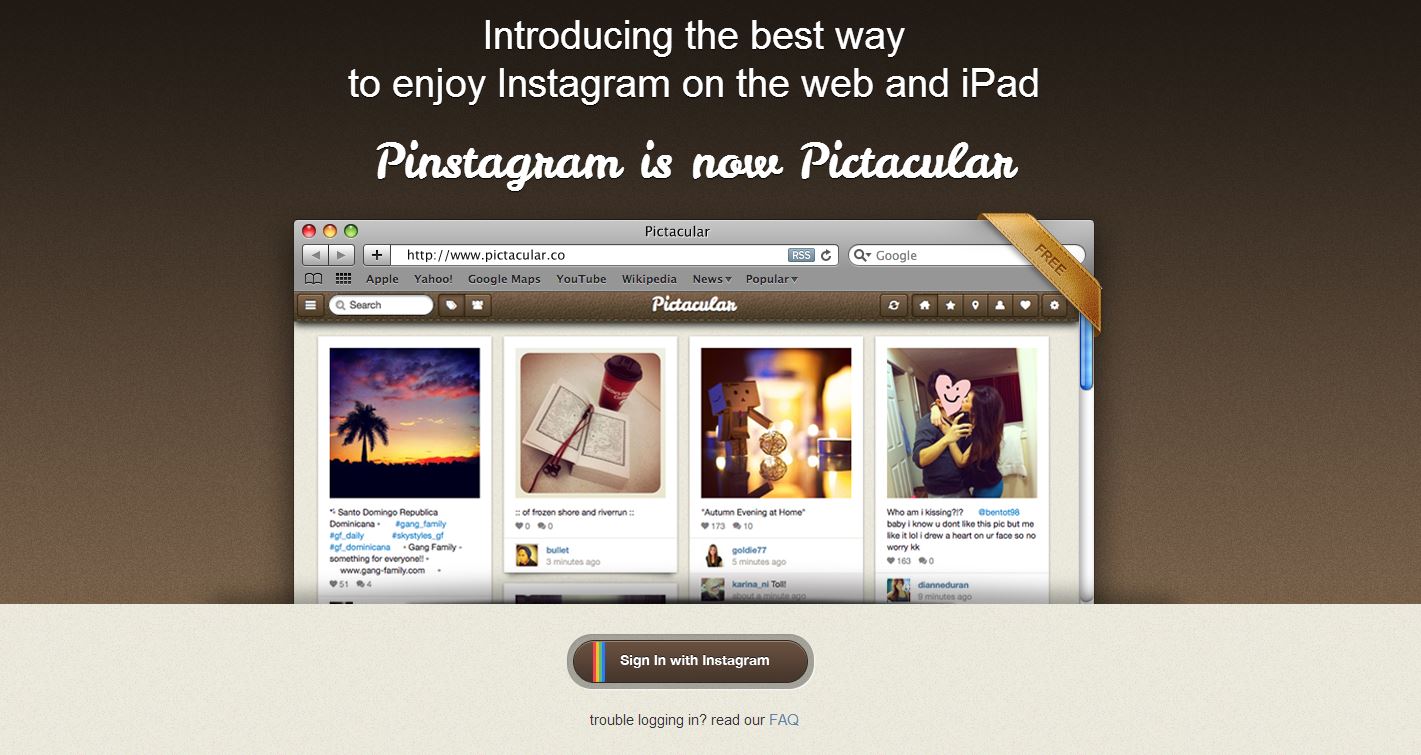 If you ever wondered what you would have should Pinterest and Instagram produced offspring, Pinstagram, (now Pictacular), may put those wonderings to rest.

This free service enables you to view Instagram from your browser, as well as keep an eye on your feed and popular photos. Then, your photos can be shared to your Pinterest account, as well as the ever-present Facebook and Twitter as well. The site further curates some of “the best” Instagram users, enabling users to stay in the photo loop without having to follow scores of people who take not so artful images of what they are eating. 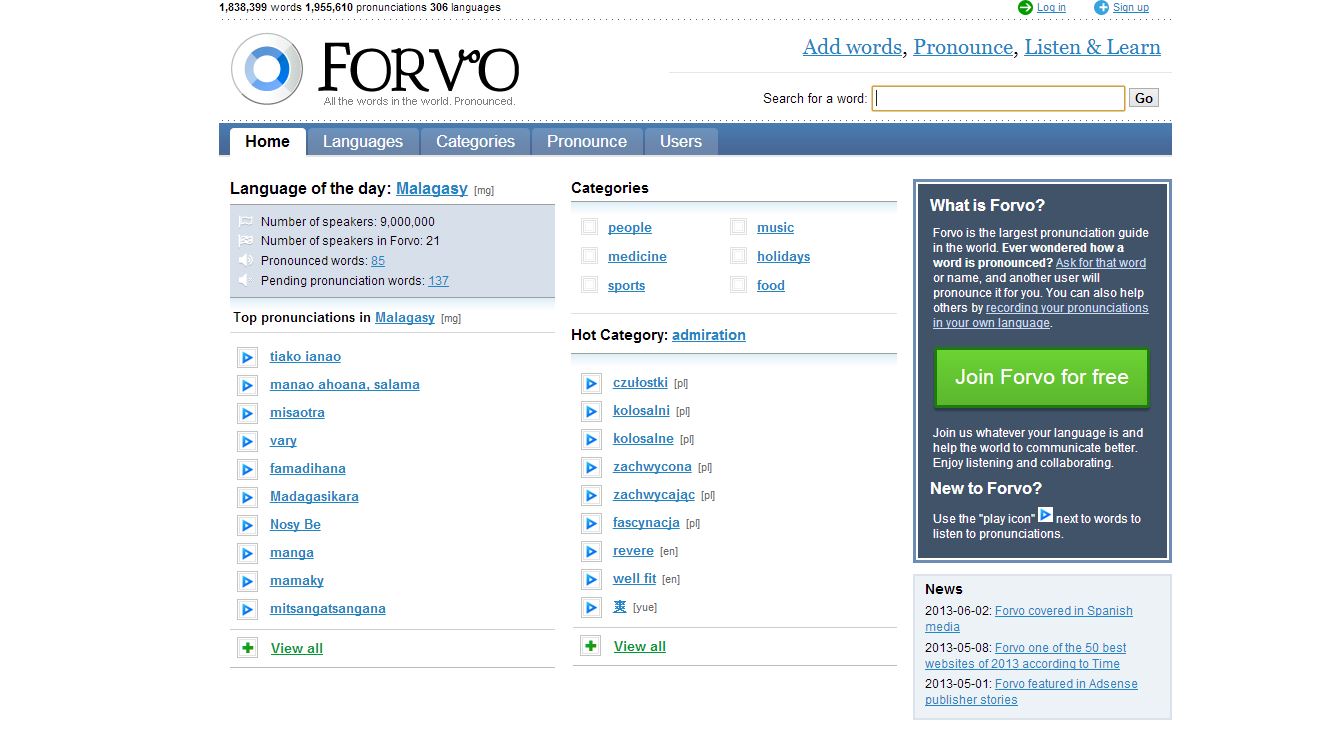 Forvo enables you to look up a word in another language and then hear how it is pronounced. At present, it boasts an impressive almost two million words and pronunciations in more than 300 languages. Not surprisingly, the most featured languages are the more common ones, such as English, German, Russian and Portuguese. However, more obscure ones can also be found, such as Scottish Gaelic, Telugu, Sanskrit, and, wait for it, even Klingon.