The biggest gaming expo on the continent, rAge 2016 is the go-to event for anybody interested in games and the worlds they conjure. Whether it be PC, console, card or tabletop, rAge caters to it, which means there's a lot to get through.

As such, it can be a tad overwhelming, particularly for those who venture into the TicketPro Dome in Northgate (7-9 October) for the first time. To that end, we've listed a handful of tips to ensure that you don't miss out, and make the most of the three-day long expo. 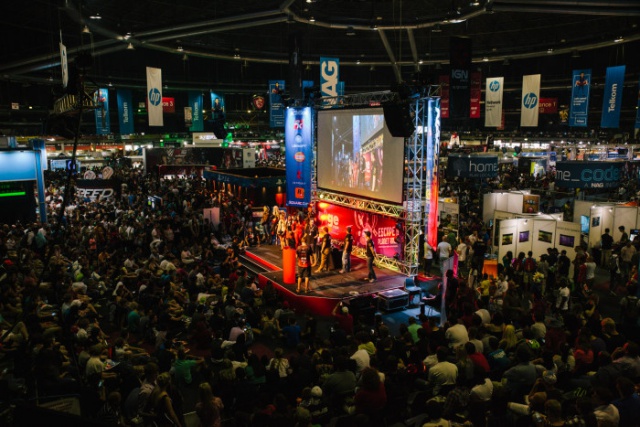 The rAge Expo may last for three days, but there's a reason why it's the biggest event of its kind on the continent. Last year, the 13th edition of the expo saw an estimated 33 000 people pass through the great hall of the TicketPro Dome, breaking a record for attendance in the process. This year's one is shaping up to be even better, so it's a good idea to get there nice and early, especially if you plan to go on the Friday (7 October) or Saturday (8 October).

Doors to the public open at 10:00 on the Friday and Sunday, and 9:00 on the Saturday. We'd therefore advise getting there an hour and a half to two hours beforehand. That should give you enough time to find good parking, as well as grab a decent spot in line, which can stretch almost around half of the Dome's exterior.

If you plan to cosplay then this tip does not apply to you. For those who opt to go in civilian clothing, the interior of the Dome can get very hot, with all the electronics within giving off plenty of heat. In previous years. We've opted for shorts, and think it's a good thing you do too.

It might be a good idea to take an empty backpack with you too, in order to carry any newly purchased products and still have your hands free. With so much merchandise up for sale, the last thing you want to do is place the 1/8th scale figurine you just bought on the floor while you play a game demo.

When in comes to gamers, the lines in the sand are fairly clear to decipher. As such, you need to know what kind of gaming you plan to explore and enjoy at rAge beforehand. If you're a console gamer, the PlayStation, Xbox and Megarom stalls should be your first port of call. For PC gamers, a number of hardware specialists like Asus and Acer will be showcasing their latest offerings.

Tabletop? The centre of the Dome is normally allocated for all-manner of card game to unfold. There might be a lot on show at rAge, but you'd be surprised to see how quickly the 18:00 closing time springs up on you. To make the most of your experience, head to the kind of gaming you're interested in first, and work your way down from there.

Throughout each of the three days, the exhibitors and event organisers have a ton of swag to give away to rAge attendees. The key to getting your hands on the highly coveted merch is listening. While the plethora of games on show can prove distracting, listening to the PA system is of the utmost importance, with exhibitors announcing where they'll be handing out merch.

With a ticket to rAge costing R120 per day (R300 for the three-days), one would be remiss for not getting some valuable merchandise in the process.

Nine hours may be long for some, but to squeeze out every last bit of awesomeness from rAge it's never quite enough. Many people call it quits after 15:00, which opens up the opportunity to play even more game demos. If you want to play every new and upcoming title at rAge this coming weekend, then staying the course and outlasting the other attendees is the only option.