Having a phone with great battery life is essentia...
0
comments

Fujifilm South Africa is pleased to announce the launch of the mirrorless Fujifilm X-H2S, arriving locally in early July 2022. The X-H2S is the new flagship model, boasting the highest performance in both stills and videos in the history of the X Series, following in the footsteps of 2018’s highly successful X-H1.

The X-H2S’s outstanding performance has been made possible by the use of a new fifth generation sensor and processor. The new stacked-layer back-illuminated 26.16MP X-Trans CMOS 5 HS sensor is capable of reading signals 4x faster than the previous sensor, and the high-speed X-Processor 5 boasts double the processing speed of the previous version. Fujifilm’s new processor does not only significantly improve AF accuracy and speed, but also enables filming 4:2:2 10bit video at 6.2K/30P and 4K/120P, a first for the Fujifilm range. 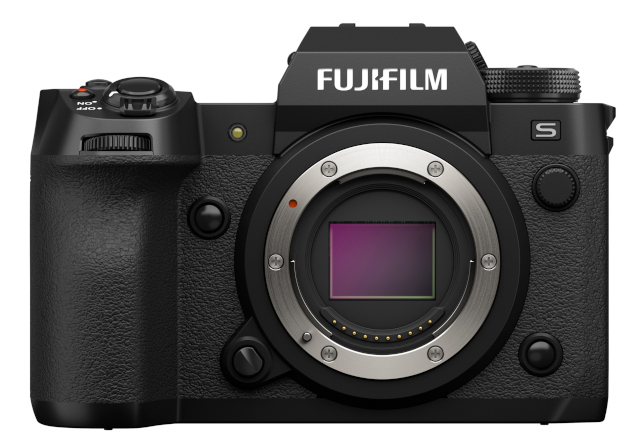 Importantly, Fujifilm has listened to user-feedback, with the X-H2S now offering the best capability to track a moving subject in the history of the X Series.

The new image processor features a subject-detection AF function, developed with Deep Learning technology. It detects and automatically tracks not only the human face / eyes but also animals, birds, cars, motorcycles, bicycles, airplanes and trains to maintain autofocus, even in low-light conditions.

The camera further controls phase-detection pixels independently from image display during the burst mode. With triple the number of calculations in phase detection information compared to the X-T4, the camera has the ability to focus at incredibly high-speeds between individual frames. This allows for accurate focussing even during high-speed continuous shooting.

Talking of which, the X-H2S is capable of blackout-free bursts of up to 40 frames-per-second. Furthermore, when setting the high-speed burst shooting mode to 30 frames per second (JPEG) or 20 frames per second (RAW), the camera can shoot over 1000 frames continuously using the electronic shutter.

The use of the X-H2S’s new sensor and processor has enabled saving 4:2:2 10bit video at 6.2K/30P internally, recording high-definition video while retaining extensive colour information. The camera also supports filming high-speed 4K/120P video so a fast-moving subject can be presented in smooth slow-motion with fine details.

Another new feature is its F-Log2 capability with dynamic range expanded up to 14+ stops. This greater dynamic range broadens post-production potential.

The Fujifilm X-H2S supports three Apple ProRes*1 codecs: ProRes 422 HQ, ProRes 422, and ProRes 422 LT. When recording ProRes, the X-H2S also supports proxy recording such as ProRes 422 Proxy, streamlining the overall workflow from filming to post-production. The sensor`s readout speed during video recording is as fast as 1/180 sec*2, with the rolling-shutter effect tightly controlled to present a moving subject naturally.

In regards to storage options, the Fujifilm X-H2S features dual memory card slots supporting CFexpress*3 Type B and SD cards. The use of the CFexpress Type B card allows for high-speed data processing in order to draw out the full potential of X-H2S’s fast continuous shooting and video performance.

Other features include the five-axis in-body image stabilisation that offers up to a 7.0-stop advantage*4. All this comes in a highly-robust magnesium body that incorporates operability improved from the previous model.

The electronic viewfinder (EVF) on offer uses a high-resolution 5.76-million-dot panel (improved from 3.69-million-dot on the X-H1), with a magnification of 0.8x. It’s also smooth thanks to a frame rate of approx. 120fps and offers increased visibility due to strong suppression of parallax and distortion that occur when an eye position becomes displaced while using the viewfinder, thereby enabling accurate tracking of subject movements.

Fujifilm will be releasing three optional accessories with the camera. This includes the vertical grip; a file transmitter featuring wired LAN connectivity and high-speed wireless communications capability which is essential for in-studio tethered shooting or sports / media shooting; and the cooling fan. 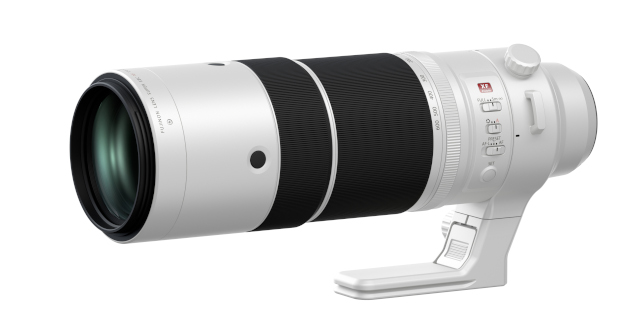 Fujifilm has also announced two major new lenses. First is the Fujinon Lens XF150-600mmF5.6-8 R LM OIS WR, which covers focal lengths ranging from the telephoto 150mm to the super-telephoto 600mm (equivalent to 229mm – 914mm in 35mm film format) - the longest in the Fujinon range. This zoom lens is perfect for wildlife/birding or sports photography, also boasting a lightweight design (1605g) and a fast and highly-accurate AF. Its inner zoom construction maintains the lens body length throughout the focal range.

The Fujinon Lens XF18-120mmF4 LM PZ WR is a highly versatile zoom, catering towards those with a one-lens approach to photography or videography. With focal lengths ranging from the wide-angle 18mm to telephoto 120mm (equivalent to 27mm – 183mm in 35mm film format), the weather resistant lens facilitates a variety of shooting situations including landscape (wide angle) and portraiture (telephoto), with it also highly suitable for video. 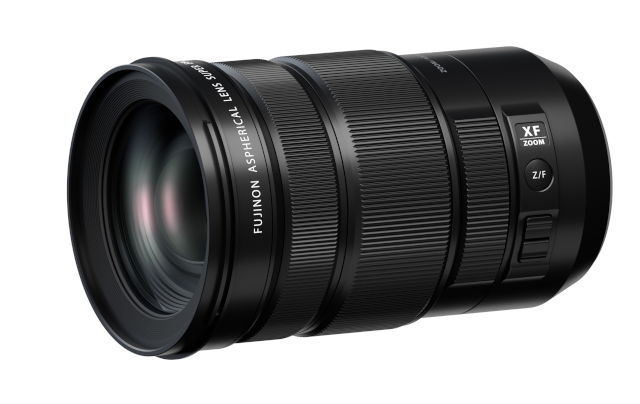 The Fujifilm X-H2S will be available in South Africa in early July 2022, with a recommended retail price of R39 990.

The Fujinon XF150-600mmF5.6-8 R LM OIS WR lens is set to arrive on the same date and will retail for a recommended R34 000. The versatile Fujinon XF18-120mmF4 LM PZ WR lens will land locally in September and comes with a recommended retail price of R14 500.

*1 Apple ProRes is a trademark of Apple Inc., registered in the United States and other countries.

*3 CFexpress™ is a trademark or registered trademark of the CompactFlash Association.
*4 When mounted with the Fujinon Lens XF35mmF1.4 R.