The future CISO is a Chief Trust Officer
0
comments

It turns out the PC’s death has been exaggerated. PC sales grew between 1.1% and 1.5% in the last few quarters of the year, according to Gartner. While those don’t sound like massive leaps, they represent a large market that has been declining for several years. Windows 10 is credited for this surge, especially as Windows 7 is leading towards its end of life (EOL).

But I don’t think that is the entire picture. Windows 10 upgrades have been taking place for several years, and the market has also gotten savvier about managing EOL. Other factors are driving the adoption of PCs.

A specific one is how much closer the PC now sits to smartphones. I recently watched some youngsters work with laptops that had touchscreens. They hardly ever touched the keyboard, instead tapping and swiping on the screen. Yet they were still working on a laptop, not a smartphone. Certain things are much easier to do on a PC than a phone, and users are realising this. They aren’t relinquishing the convenience of their smartphones but applications are now available on PC’s and often easier to use.

Convertible or 2-in-1 machines have closed the gap between the two device types. This is in contrast to tablets. If you observe how people sit with tablets, it’s the opposite of smartphones or laptops. With the latter, we sit forward, attentive and focused. But tablets often prompt people to recline. It’s just a casual observation, yet I believe that PCs and smartphones have much more overlap with each other than pure tablet devices. Additionally, the convertible laptop has become the new tablet.

Why does this bode well for PCs in 2020? 2-in-1 machines break down the barriers between the utility of a PC and collaborative culture of a smartphone. You can now flip a laptop into tent mode and use it as an interactive presentation screen on a boardroom table, or cradle it like a clipboard you jot on with a digital pen.

In the next year, we’ll see more of the market responding to this trend. Premium 2-in-1 devices have a stable and growing audience of users who are now going into their second, third and even fourth generations of devices. Mid-range and entry-level laptops are also starting to adopt touchscreens and flip displays.

2-in-1 devices are also pushing innovation, such as the emergence of dual-screen systems. Dell revealed two such concept devices at CES this year: Project Duet, a dual screen laptop, and Project Ori (for origami), a more compact approach to foldable devices. We also unveiled Project UFO, a prototype Alienware device that puts triple-A PC gaming into a handheld device. All of these reflect the desire for touch-enabled devices that are portable without sacrificing performance or excellence. They definitely point us to the future.

Convertible devices are not a new form factor. I can recall the first flip-over touchscreen designs appearing 15 years ago. Back then they were exotic and the standard laptop ruled the roost. But today, the habits and expectations of users are driving a change decisively towards convertible devices.

Desktop PCs are meanwhile becoming more specialised, yet also more widely appreciated for their versatility. Specialist non-Windows PCs, such as those used by designers, are being replaced by Windows PCs, often for lower costs. Integrated discrete graphics chips and other advancements add a lot of value to modern desktops. The smartphone overlap also appears here: many people use services such as Whatsapp Web on their PCs, and Dell customers use the Dell Mobile Connect app to show their smartphone screen on their PC display.

There is a new synergy between the PC and smartphone, created by users who find the two complement each other. Not everyone has realised this yet, but in 2020 that will be the resounding message. The PC is back and 2020 will be its year. 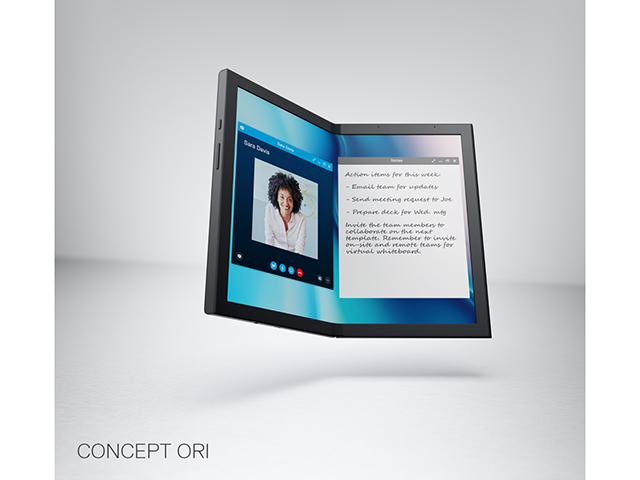