Amazon has certainly come out swinging, as it announced a much anticipated update to its original Kindle Fire, a Kindle Paper White e-ink reader, and a few Kindle Fire HD tablets as well.

Indeed, the company’s approach appears to lean towards offering Kindles from entry-level and affordable prices right up to the top of the range $700 mark that is commanded by the likes of the new iPad.

Firstly the company has upgraded its standard definition Kindle Fire with a faster 1.2GHz  processor, double the memory (1 GB) and an improved battery life that the company claims will offer up to nine hours of reading, surfing the web on Wi-Fi, watching video, or listening to music.

The 7” Kindle Fire will apparently be shipping, Stateside at least, as early as the 14th of September, for a very affordable price of $160 (R1320). 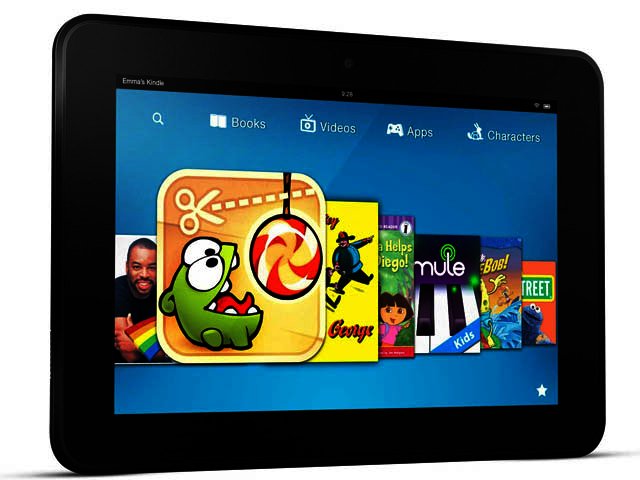 The top of the range 8.9” Kindle Fire HD, with 4G, will leave a $500 (R4100) or $600 (R4970) dent in one’s wallet, depending on whether one chooses 32 GB or 64 GB capacities respectively. These prices are far closer to that commanded by the new iPad, while the devices are set to become available in the US in the third week of November.

Why fuss over Wi-Fi

All of the Kindle Fire HD’s will boast dual stereo speakers with the next generation Dolby Digital Plus audio platform, a front facing HD camera for video conferencing (something the Google Nexus tablet lacks) and dual Wi-Fi antennas.

With regards to the latter, Amazon explained that many Wi-Fi enabled devices only use the 2.4 GHz wireless frequency, which is typically crowded and forced to compete with  everything from other tablets to microwave ovens, baby monitors, Bluetooth devices, and other Wi-Fi networks.

The company elaborated that to this end, the Kindle Fire HD circumvents this congestion with state-of-the-art dual-band Wi-Fi, which enables the device switch between the 2.4 GHz network and the newer, less crowded 5 GHz network, resulting in better range and less interference. 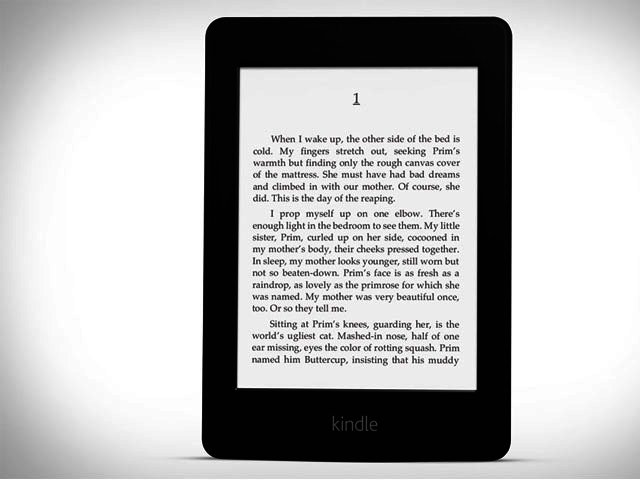 E-ink is still receiving the love, in the form of the new Kindle Paper White with integrated illumination.
e-ink, replenished

However, Amazon’s latest announcement proved that its e-ink offerings are still alive, well and receiving a good dollop of attention. Along with a price drop for the existing Kindle Touch, Down to $69, Amazon revealed a Kindle Paper White e-ink reader.

The latter, which apparently offers an improvement over the existing Pearl White display, also sport built in illumination, enabling e-ink readers to read in the dark, without opting for device with a backlit display.

It too will come in two versions, a Wi-Fi only option, which would cost $120 (R996) and a 3G version for $179 (R1485). Capacity wise, it will offer 2 GB of integrated storage, which should enable one to load up to 1100 books.
However, as with on the Kindle Touch, the Kindle Paper White's main selling point is its battery life. On this front, Amazon claims this Kindle will offer a hefty eight weeks worth of battery, even when using the illumination constantly.

Reading between the lines, apparently, Amazon still wishes to keep prices low, a wise move considering the presence of competing tablets like the Google Nexus, which offers a price range between $200 (R1650) and $250 (R2075), even as it competes with higher-end, and more expensive tablets that are now on offer.

However, the company’s strength remains as it was when it first launched the Kindle Fire – a very comprehensive ecosystem of books, movies and music. However, for South African users, unfortunately much of the ecosystem, which remains a significant selling point for the Kindle Fire range, is as yet unavailable locally.

However, the new Kindle e-ink is certainly of interest and more likely to find its way to our shores. The jury is still out whether Amazon will finally bring its tablet range here as well, but if it does, the new devices - and their range of prices - may well be worthy of some careful consideration
TAGS:
KindleKindle FireKindle Fire HDKindle Paper White
USER COMMENTS