After much hype Apple has finally announced its follow-up to the iPhone 4, which is not the iPhone 5 as many (including us) expected, but the iPhone 4S. Powered by Cupertino’s dual-core A5 chip (most probably 1 GHz), which also handles processing on the iPad 2, this new smartphone delivers blazingly fast performance and stunning graphics thanks to its dual-core graphics.

Apple stated that the processor is up to two times faster than the one utilised in the single core 1 GHz chip of the iPhone 4, when it comes to processing speed and up to seven times better when it comes to graphics.

The new iPhone 4S is virtually indistinguishable from their current iPhone 4 model, as it boasts the same slim glass and stainless steel design. It also features the same 3.5" (640 x 960, 326 ppi) Retina Display as the current iPhone. Although the new iPhone is a lot speedier than the current model thanks to its dual-core processor, Apple stated that it will still be able to maintain a battery life of up to eight hours of 3G talk time.

It’s not only the processing power that has received a boost in performance though, as Cupertino also enhanced the stainless steel external, dual-antenna design of  the iPhone 4. According to Apple, the iPhone 4S is the first phone to intelligently switch between two antennas to send and receive data, allowing it to support twice the download speed with HSDPA (up to 14.4 Mbps). This means that even though it doesn’t support 4G/LTE like some newly unveiled Android devices, it will still be able to keep up with these in terms of data download speeds. 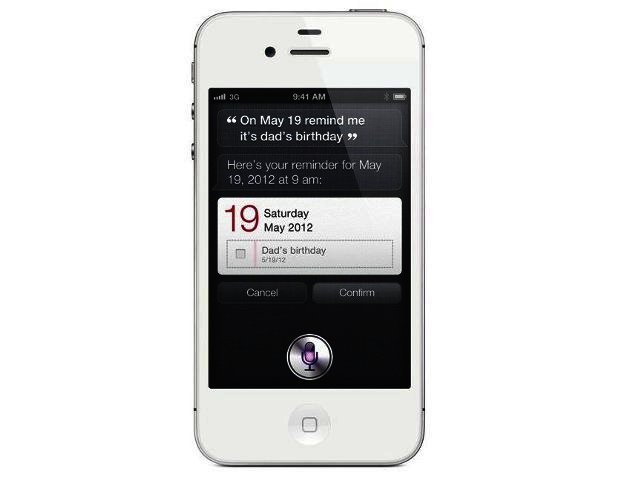 With the launch of iPhone 4S also comes the launch of iOS 5, which sports more than 200 new features according, the likes of Twitter integration and Apple’s BBM-esque iMessage IM (instant messaging) application. Also launched with the new iPhone was Cupertino’s iCloud service, which is a set of free cloud services that work with a user’s iPhone, iPad, iPod touch, or Mac to automatically and wirelessly store their content in iCloud and push it to all their devices.

Cupertino also introduced Siri, an intelligent digital assistant for the iPhone 4S. According to Apple, Siri understands context, allowing users to speak naturally when you ask it questions. A user can ask questions like: "Will I need an umbrella this weekend?" and it understands that you are looking for a weather forecast.

Siri is also smart about using the personal information a user enables it to access, for example, if a user tells Siri: "Remind me to call Mom when I get home", then it can find "Mom" in your address book, or when a user asks Siri: "What's the traffic like around here?" it can figure out that "here" means the user’s current location.

This intelligent assistant functionality will assist users to make calls, send text messages or email, schedule meetings and reminders, make notes, search the web, find local businesses and get directions. Siri will be location aware and can remind you, when passing a bookshop for example, to pick up a new bestseller. 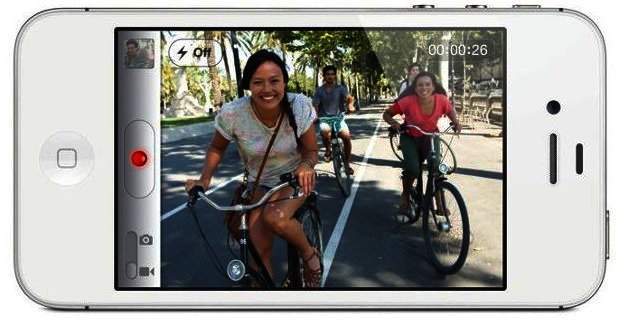 Apple’s iPhone 4S comes in either black or white and will be available in the US, Australia, Canada, France, Germany, Japan as well as the UK on 14 October. Siri will be available in beta on the iPhone 4S in English (localised for the US, UK and Australia), French and German. Users of Apple’s mobile devices can mark 12 October on their calenders, as this is when the iOS 5 software will be available as a free software update via iTunes 10.5 for the iPhone (4, 3GS and 3G), iPad and iPad 2) and iPod touch (3rd and 4th generation) customers.

The iPhone 4S will roll out worldwide to 22 additional countries by the end of October including Austria, Ireland, Italy, Netherlands, Spain, Sweden and Switzerland (but not SA). No local release info is available yet, but South Africa will probably be included with the third round of the global roll out.

"iPhone 4S plus iOS 5 plus iCloud is a breakthrough combination that makes the iPhone 4S the best iPhone ever," said Philip Schiller, Apple's senior vice president of Worldwide Product Marketing. "While our competitors try to imitate iPhone with a checklist of features, only iPhone can deliver these breakthrough innovations that work seamlessly together."