BlackBerry holding company Research In Motion (RIM) has announced the availability of the latest version (BBM 6) of its BlackBerry Messenger (BBM) IM application, one of the largest mobile social networks in the world.

BBM connected apps now integrate the popular functionality of the BBM service, to offer users the ability to interact with their friends from within apps. For example, with a BBM connected game app, users can invite their BBM friends, to join them in a game. They can then chat with one another in real time, whilst the game is being played, without ever leaving the game app.

BBM 6 launches today and a selection of BBM connected apps are already available on the Canadian smartphone and tablet maker’s BlackBerry App World.

Some of the additional functionality BB users can expect to see with BBM connected applications include the ability to: 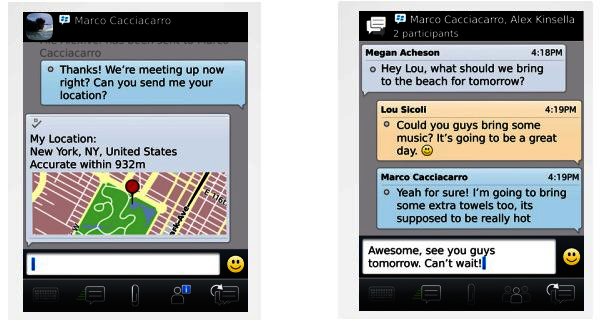 “It also represents an incredible opportunity for developers to leverage the viral nature of the BBM service and we have already begun working with various developer partners who will be bringing their BBM connected apps to BlackBerry App World this week, offering users highly engaging app experiences.”

The BBM 6 software will be available today via the company’s website, whilst a selection of BBM connected apps will also be posted on BlackBerry App World this week, with many more expected over the coming months.

SAS speaks out on overcoming bias in AI