Apple has updated its iOS mobile operating system (OS) to version 6.1, in the process adding  LTE carrier support to 36 additional iPhone carriers and 23 additional iPad carriers around the world.

Local users on the Vodacom network now have access to much faster connectivity speeds thanks to this update, as LTE (commonly known as 4G) is a high speed data network that boasts the ability to operate at speeds of up to three times faster than 3G technology.

Vodacom’s LTE service is currently only available to contract customers, with Top-up as well as prepaid customers following later in 2013. To make use of this service clients need to have either a 64K or 128K SIM card, and must enable their SIM for LTE by phoning the operator’s customer care on 111 free from a Vodacom phone or 082 111 from any other phone. The local operator is currently the only South African network listed to support LTE on Apple’s website.

Additional new features include US users now being able to utilise Siri to buy movie tickets via Fandango, while iTunes Match subscribers can download individual songs to their iOS-powered mobile devices from iCloud. 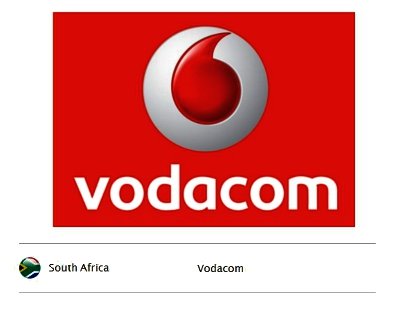 “iOS 6 is the world’s most advanced mobile operating system, and with nearly 300 million iPhone, iPad and iPod touch devices on iOS 6 in just five months, it may be the most popular new version of an OS in history,” said Philip Schiller, Apple’s senior VP of Worldwide Marketing.

In related news, Apple also recently announced that its iOS device users have downloaded more than 40 billion apps, with nearly half of these coming in 2012 alone.
TAGS:
AppleLTE4Gmobile OSiOSsmartphone OS
USER COMMENTS