Asus has beaten its competitors to the punch by unveiling the first tablet that boasts the NVIDIA Tegra 3 quad-core processor, with its announcement of the impending launch of the Asus Eee Pad Transformer Prime tablet.

Previously only hinted at by the chairman of Asus, Jonney Shih, towards the end of October, the Transformer Prime is real and looks extremely promising from both a design and a performance perspective.
As indicated in October, the Transformer Prime is set to be 8.3 mm thin, weighing in at 586 g, almost 10 g lighter than the Galaxy Tab 10.1’s 595 g. From a looks perspective it will have a metallic spun finish design made of aluminium, and will be made available in Amethyst Gray and Champagne Gold.
Performance matters
While the original Eee Pad Transformer boasted a wide 178° viewing angle IPS display and Corning Gorilla Glass, the 10.1” Transformer Prime has received an upgrade in this area as well, with a brighter Super IPS+ screen that the company asserted will enhance the brightness of the screen for a better outdoor reading experience.
A microSD card slot, 3.5 mm combo audio jack and micro HDMI will also be onboard. The tablet will run the latest iteration of Android, namely Ice Cream Sandwich. 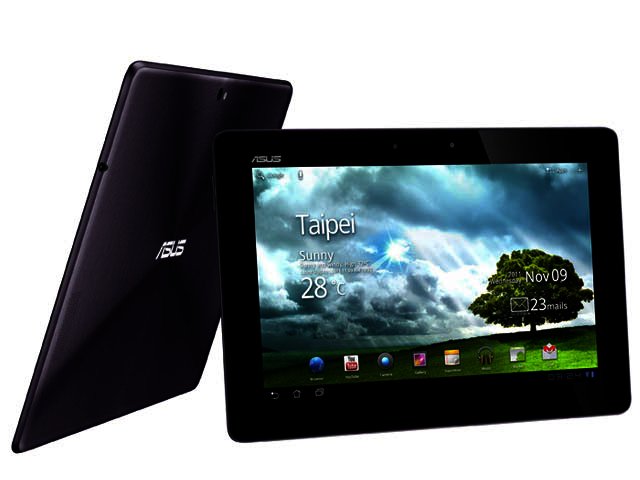 The Transformer Prime will also be available in Amethyst Gray
Asus elaborated that the Transformer Prime will be available in a 32 GB and 64 GB model, both of which will have 1 GB of DDR 2 RAM and a stand-alone battery life of 12 hours. However, the optional mobile dock will add another six hours to that, along with a keyboard, touchpad, USB port and SD card slot.
Additionally, the tablet will include Asus’ own note taking application SuperNote which enables users to take, draw or record notes as well as the Polaris Office app.
To the point
"The combination between the Eee Pad Transformer Prime and Tegra 3 is the perfect fusion to deliver an uncompromising tablet experience. Together, we bring a whole new mobile computing experience to consumers around the world,” commented Asus chief executive officer Jerry Shen.
NVIDIA’s president and chief executive officer Jen-Hsun Huang, added that the Eee Pad Transformer Prime is a category-defining product. “Powered by Tegra 3, it brings us into a new era of mobile computing, in which quad-core performance and super energy-efficiency provide capabilities never available before,” he continued.
While we are eager to see the benchmarks and multimedia performance offered by the quad-core tablet, thankfully we won’t have to wait too long. The Transformer Prime will apparently debut at an official launch in early December.
Price indications are in the region of $499 (R3890) to $599 (R4672), with the optional mobile dock costing an additional $149 (R1160). Local pricing and availability has yet to be announced.
In recent news, NVIDIA has officially introduced its Tegra 3 mobile processor, which it says will bring PC-class performance levels, better battery life as well as improved mobile experiences to tablets and smartphones.
TAGS:
AsusTransformer PrimetabletsTegra 3 quad core
USER COMMENTS