During an exclusive interview with Game Informer (GI) Rockstar Games made the first storyline details surrounding GTA V available. GTA V has three playable characters, namely Michael, Trevor and Franklin. Michael is a retired bank robber within the witness protection program along with his wife.
After his spouse spends all the ill-gotten monetary fruits of his former “career”, he has little choice but to get back to what he does best - borrowing others property sans their permission or the possibility of return.

Like his friend Michael, Trevor is in his forties and this career criminal has an affinity for violence and drugs. Franklin is the baby (mid-20’s) of the trio but also the most capable one and gamers have to call upon all of their individual skill sets to pull off big heists within GTA V.
Players will get to switch in between these three amigos, enabling them to experience the plot and missions from three separate different perspectives. GTA V is expected to launch globally during autumn 2013 for the Xbox 360 and PlayStation 3. 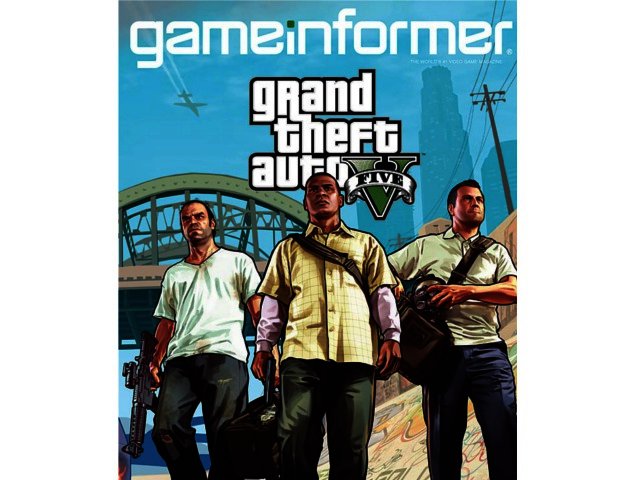 The big news on the mobile gaming front, at least, is arguably the latest Angry Birds iteration, which sees the birds and pigs thrown into the Star Wars universe.

Therefore, you get birds mashed up with the iconic Star Wars characters. While the Luke Skywalker bird wields a lightsaber, Obi Wan can perform a force push and the Han Solo bird packs a pistol. A Chewbacca bird, as well as R2D2 and C3PO also make an appearance.

The pigs, meanwhile, don Stormtrooper armour, as you make your way to confront the er, Dark Pig, himself. The game itself plays out across some familiar Star Wars environs – starting with Tatooine, and apparently, the snowy landscape of Hoth will also be made available in due course.

Before you write it off as a shameless cash-in on Rovio’s part though, our initial playthrough is revealing a game that is actually quirky, entertaining and strong in the Force.

Either that or we have been mind-tricked into believing that this is the Angry Birds spinoff we’ve been waiting for. The game is now available on both the iOS for about R8, and on the Google Play store, for R26 for the HD version.
Skyrim Dragonborn DLC teased

Yet more content for Bethesda’s massive role playing game, The Elder Scrolls V: Skyrim has been revealed, with the company lifting the lid on its newest piece of downloadable content (DLC) which is on its way. Dragonborn will see players return to Morrowind’s the isle of Solstheim. This is interesting, given that Morrowind made its debut a decade ago.

Players will be charged with confronting and dealing with the tyranny exacted by the first dragonborn (what, you didn’t think you were the only one now, did you?). However, the main allure is that we have been teased with the opportunity to ride dragons, a proposition that is no doubt irresistible to a fair share of fantasy fans, and anyone who has been caught in peak hour traffic on the N3.

The DLC, which at this point has only been confirmed for the Xbox 360, is due to sink its talons into players’ time on the 4th of December, for the knightly sum of 160 Microsoft points. And yes, PS3 players, it looks like we are being shafted again. Hit the video below for a brief look at what to expect.
THQ troubles means more delays for new titles

Alas, THQ’s woes continue, as the company announced delays to its line-up, including the likes of Metro: Last Light and Company of Heroes 2, which are now slated for release in March next year. South Park: The Stick of Truth, has been pushed even further, to an as yet unspecified release in the financial year 2014. What this means is that the company’s release schedule looks depressingly dormant for the next six months.

Adding to THQ’s battle is the fact that Darksiders 2 (review here) which we thoroughly enjoyed, didn’t perform as well financially as the company had hoped.

"I firmly believe releasing our fourth-quarter titles without extra time for polish in the current environment would lead to underperformance that could in turn lead to future additional capital shortfalls," explained THQ President Jason Rubin.

"Extending development schedules in order to make the best possible titles also has financial implications. Yet there can be no doubt which path has the greatest chance of leading to the long-term success of the company," he continued. Given that the company saw its shares drop by 50%, the biggest fall in twenty years, following the announcement, we would imagine that the games publisher is in dire need of some much needed long term success.

We hope they do recover, especially since both Darksiders games left us eager to find out Strife and Fury’s stories.

Exploring new territory in Game of Thrones: The Game

RPG (role playing game) fans will be happy to learn that two more hours worth of gameplay has been made available to the Game of Thrones video game from Cyanide Studio. New downloadable content (DLC) entitled Beyond the Wall, has gamers exploring the past of Mors Westfold and his early experiences with the Night’s Watch.

Players get to venture beyond the Wall, right into Wildling territory in order to unravel the origin story of Mors. This DLC is available via Steam at around R55 for the Windows PC version of Game of Thrones, and on Xbox Live at 400 MS points for the Xbox 360 version. The PlayStation 3 version of this title is still in development and will be released over the PlayStation Network “in the weeks to come.” 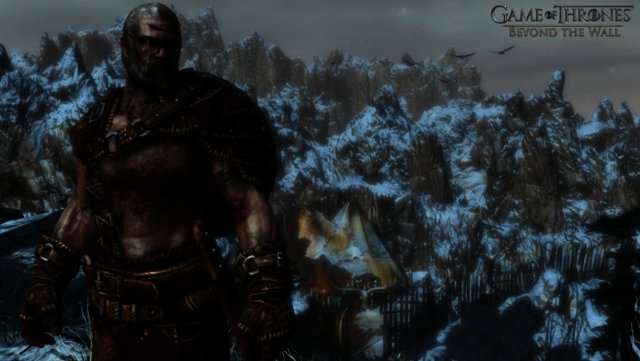 EA has declassified the tactical multiplayer advantages that gamers who pre-order Crysis 3 will receive. Players that pre-order the anticipated FPS game will get an upgrade to the Hunter Edition of the title, nabbing them extras such as a lethal, cloaking-friendly Predator Bow (see it in action in the trailer posted below) along with a unique weapon skin for this bow, and the all-seeing Recon Arrow.

In addition, gamers will kick off their multiplayer campaign at level 5, meaning they’ll be able to develop quicker than competitors courtesy of this XP headstart. They will also be able to more easily sneak up on “prey” thanks to a Hunter Nanosuit Module that eliminates all sounds whilst moving around including footsteps. Furthermore, players will get a free digital copy of the original Crysis game. Crysis 3 launches in Q1 2013.