After the controversy of the paid-for Call of Duty Elite service that was released with last year’s Modern Warfare 3, Activision has announced that this premium offering will be free to all when Call of Duty: Black Ops 2 launches next month.

“What we have realised is that several of the Call of Duty Elite services which are currently only available to our premium members for Call of Duty: Modern Warfare 3 are things that would further unite, engage and delight our player community. So we are going to make them free for Call of Duty: Black Ops II,” said Activision Publishing CEO, Eric Hirshberg.

While the company did mention that the Season Pass and DLC Map Packs may not be available on all gaming platforms, it further statements around the DLC would be made in due course after the game has shipped.

A glimpse into the early life of Master Chief

The Halo franchise makes its return to the Xbox 360 in November with the release of Halo 4. Master Chief returns to do what he does best - blasting away a seemingly unending wave of enemy alien forces, who are rather unhealthily preoccupied with the annihilation of our world.

In this launch trailer posted below, which was kindly produced under the watchfull eye of The Social Network and The Girl with the Dragon Tattoo director David Fincher, we get to see the origin of Master Chief. Intriguing to say the least.

Xbox 360 Dashboard gets an update

It’s that time of the year (at least in the southern hemisphere) when one contemplates heading back to the gym in anticipation of building a beach-ready body in time for summer, and this week, that is exactly what the Xbox 360 did (figuratively speaking), as it received a dashboard update.

The update firstly included a refreshed user interface that sports more tiles including the newly announced Xbox Music on the dashboard, as well as a My Pins feature, which lets users add (or remove) favourite content (games, movies, videos, websites and music) to the home screen for quicker access. Also onboard is Internet Explorer for Xbox, while ‘Quick Play’ has now been renamed to the more logical ‘Recent,’ where users will be able to find their recently played games.

Additionally, the update brings with it a Recommendations and Ratings feature. This enables users to discover new favourites, which are generated based on a number of variables including the content they previously viewed, what their friends are consuming and what is most relevant and popular with the Xbox community. Users can further rate content themselves and see Rotten Tomatoes ratings.

The one thing the update does not bring – at least, not yet – is SmartGlass. That, apparently, will be forthcoming after Windows 8 has been released towards the end of this month.

Of Orcs and Men – not human buddies exactly

The launch trailer for the upcoming Of Orcs and Men has been released, and from what we can tell it looks like we’re in for a doozy of a tale. This RPG, jointly created by Cyanide Studio and Spiders, sees you play first as a battle hardened Orc and later a skillful Goblin. Your mission: kill the human Emperor, who is pushing for dominion of the land.

The game should be available next week, retailing for R500 for the consoles and R400 for PC. Hit the video below to see a preview of this Buddy-movie/video game.
Rally DLC coming to Forza Horizon

Racing game fans itching to get behind the wheel of Forza Horizon still have to wait for a week before the game leaves the development pits onto the release (26 October) highway. However, Microsoft has already announced the details behind the game’s first DLC pack entitled Forza Horizon Rally.

This pack will become available via Microsoft’s Xbox LIVE network on 18 December for 1 600 Microsoft points (less than R180) and aims to deliver an “immersive and authentic rally experience” on some of the roughest roads of Colorado. Players will get the opportunity to drive special rally-tuned cars that come complete with mouthy co-drivers providing directions, on challenging roads that entail higher jumps as well as new surface types to test your skills on. 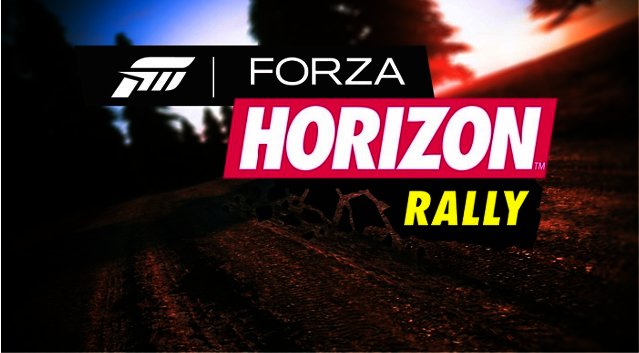 Some disappointing news for fans of the Infinity Blade franchise on iOS: the latest entry, Infinity Blade: Dungeons, has apparently been delayed until next year.

According to AllThingsD, the game, which was shown off at the launch of the new iPad, won’t be launching with the widely expected iPad Mini either.

Epic Games’ spokesman, Wes Phillips, is reported as explaining that the logistics of opening a new studio, as well as the fact that the development team at Impossible Studio has been hard at work adding new ideas to the game, has pushed the mobile hack and slash to only making an appearance next year. Perhaps it will be the flagship title on the next new iPad…

Epic Mickey 2: The Power of Light moves into the spotlight

One title that hasn’t been delayed is Epic Mickey 2: The Power of Light, and it looks as though the PS3 may well be the console to play it on when it lands next month, thanks to its marriage of motion controls using the Move controllers, and high definition visuals.

While Epic Mickey 1 made its debut on the Wii, the sequel is apparently painting itself out of the single console corner by including the next generation consoles, the Xbox 360, PS3, Wii U and PC, this time around.

One thing that isn’t different is that the game will still incorporate paint and thinner gameplay mechanics, with Mickey painting and erasing his way through the Wasteland, with the help of Oswald, and once again foil the Mad Doctor, who has been resurrected. For a clearer view of what to expect, hit the video below.
Tilling the land, virtually

There are more than a few “interesting” titles out there, but the new Farming Simulator 2013 must be the cream of the crop. If you have a penchant for khaki shorts, two-tone shirts and combine harvesters, then it looks this might just be the full-grained goodness you’ve been searching for.

Although we can’t see evidence of the wide-open fields of gold of the Free State nor the grape-filled acres of the Cape Winelands making an appearance, you do have access to over 100 vehicles and tools and a career mode which include animal husbandry. Farming Simulator 2013 will in stock on the 26th of October.

Start the engine of the video trailer below to see what can be harvested.