Electronic Arts and Dice have declassified their plans surrounding upcoming DLC for Battlefield 3. The first of these is Close Quarters which will introduce four new maps and ten new weapons when it arrives in June.This infantry-only expansion will also make new assignments and unique dog tags available to gamers, which they can bring back to the base game.

Gamers who prefer to use tanks and other combat vehicles, can look forward to the Vehicular Mayhem pack dubbed Armored Kills. Players will get to slide behind the wheel of new tanks, ATVs (all terrain vehicles), as well as mobile artillery, in one of the largest maps on offer within BF3. This pack will become available in spring 2012 locally.

There’s not much news about the final new DLC pack, only its name: End Game. It should be here at the end of the year. There’s no word on pricing on any of these offerings.

Darksiders II limited edition upgrades free to those who pre-order

Gamers who pre-order Darksiders II on the Xbox 360, PlayStation 3 or Windows PC, are set to become a little more familiar with the power of the dark side, as they will receive a complimentary upgrade to the Limited Edition.

The Darksiders II Limited Edition will include a code to download the game’s first single player downloadable content (DLC) pack, Argul’s Tomb, once it becomes available.

Darksiders II allows gamers to walk in the footsteps of Death, one of the four horsemen of the Apocalypse. The storyline runs parallel to the events that unfolded in the original Darksiders game. Gamers will get to venture through numerous light and dark realms as Death, as he attempts to redeem his brother War, the horseman who was blamed for prematurely starting the Apocalypse in the original Darksiders installment. 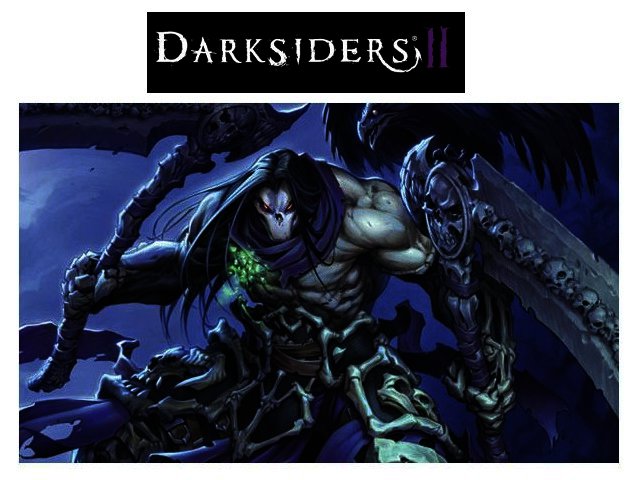 After waiting almost ten years to resume work on their virtual cities, fans will once again be able to don their hard hats and overalls for the upcoming SimCity release. But only in 2013.

The new SimCity will be driven by Maxis’ latest gaming engine called GlassBox, with the new engine powering each aspect of the simulation more more faithfully. The company stated that it will be releasing more info about the game in due course, but check out the announcement trailer so long.
Mario and friends to hit centre court later this year

Nintendo will be serving up some Mario and friends inspired entertainment on 2 June, when Mario Tennis Open heads onto the Nintendo 3DS’ mobile gaming court. Nintendo stated that for the first time ever in a Mario Tennis game, players will be able to take on others in online matches. Gamers will accumulate points as they win matches, which will allow them to rise in the rankings and make their way up the online leadership boards. Check out the trailer posted below.
TAGS:
Gaming News Round-upgnrcomputer and videogamesDLCNintendoNintendo 3DS
USER COMMENTS