It’s once again time for the annual E3 gaming expo to take place, with the event scheduled to occur from the 7th to the 9th of June at the Los Angeles Convention Centre. Therefore expect a bunch of new gaming news in the coming week as developers jostle to showcase their wears. Also, lots of new videos, as you’ll see in this round-up.

Publishers Take Two has announced that XCOM, the sequel 1994's classic strategy title X-Com is slated for a release date of March 6, 2012 on PC, Xbox 360 and PlayStation 3. The reboot of the series plans to take the franchise in a completely new direction, replacing the top-down tactical gameplay with a first person action experience.

Take Two has been careful not to refer to the game as a first person shooter though, instead calling it a “tactical action experience”. The new game will be set in 1950's America and will see the specialised XCOM unit take on an alien menace that threatens to overwhelm humanity. Given the long time that's passed since the original titles and the new gameplay mode XCOM is still a bit of a mystery, but the folks over at developers 2K games (makers of Bioshock) have a knack for revitalizing old classics and brining out great new titles.

The latest issue of the Official US PlayStation Magazine contains a treasure trove of new information regarding Bethesda's Skyrim, heading to our screens on the 11th of November 2011.

The sequel to Oblivion has already received more than its fair share of hype, but that hasn't diminished excitement around the title in the least. According to NeoGAF, some of the newly announced features includes the fact that Dragons will randomly appear within the gameworld, meaning no scripted encounters here. It was also revealed that Dragons can be injured to keep them from taking to the skies, in turn allowing the player to take them on, on his or her own terms.

The game's Radiant Story-mechanic will also generate random quests for players to take on, inspired by the random encounters in Fallout 3. Players will have access to a full 13 types of ore for crafting purposes within the game, and each city will also feature its own unique economy, which a player can sabotage if he or she so pleases.

It was also revealed that the game will include a full 60 000 lines of recorded dialogue, and that horses as well as fast-travel systems will be utilised for navigating the sprawling gameworld. 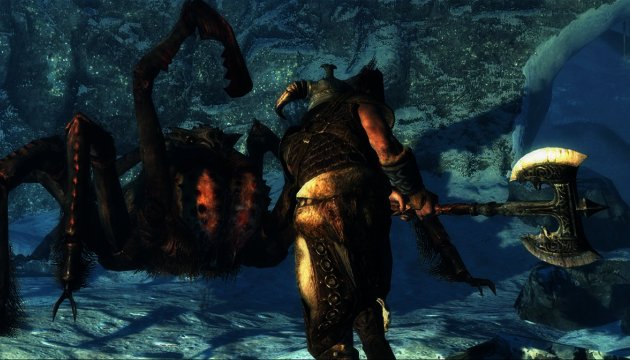 The next instalment in the Starcraft II saga, entitled Heart of the Swarm unfortunately doesn't sport a solid release date yet, but the upcoming expansion did undergo a decent bit of exposure recently. In addition to a short but no less sweet cinematic trailer (posted below), Blizzard also released a sizeable batch of new concept art and demonstrated a few of the upcoming campaign's missions.

While the Wings of Liberty campaign played off as a standard RTS campaign, in Heart of the Swarm players will face a different challenge. During the campaign Kerrigan (queen of the Zerg) will function as a hero unit a la Warcraft III, meaning she'll sport different skills and abilities for players to focus on and level up. More in-depth unit customisation options were also revealed, for example Zerglings now sport three different sub-types, one of which is capable of viciously leaping toward enemies.

Kerrigan's Zerg advisors were also revealed, helping the Queen of Blades retake control of the sprawling brood. It's still unclear what exactly happened between the dramatic ending of Wings of Liberty and the start of Heart of the Swarm, but Kerrigan appears to sport her Ghost outfit again, with her Zerg tendrils being tied into a dreadlocks ponytail of some sort.

Heart of the Swarm is the second instalment in the Starcraft II trilogy and will tell the story of the infectious Zerg swarm. The third expansion, entitled Legacy of the Void will tell the tale of the Protoss. Check out the brief cinematic trailer below for a tiny bite of Blizzard CGI magic.
Metro: Last Light debut

THQ this week unveiled the sequel to 4A Games' Metro 2033, entitled Metro: Last Light. The first-person shooter set largely within the cavernous Moscow subway systems will feature improved graphics, combat, better AI and new set piece action sequences. The explosive trailer features some compelling beats from the band Portishead, and makes for a great watch as we welcome in the weekend.
TAGS:
gaming news round upXCOMStarcraft IIMetro 2033SkyrimBethesda
USER COMMENTS