Mega publishers Electronic Arts (EA) is preparing to launch its own digital download service for the PC, akin to Valve's existing Steam service. This according to the Wall Street Journal, who dropped the announcement ahead of EA's E3 press conference next week.

According to the financial daily, the new online store will be called Origin and will at launch feature more than 150 EA games for download.

The launch of the store follows a continuing trend in the gaming industry to move away from physical discs, and more into the world of digital sales.

The store is set to include an application likened to Apple's iTunes software which is designed to allow players to organise and keep track of their game purchases. A number of social networking features will also be offered, allowing gamers to interact with their online friends to a greater degree. The service will also allow content to be shared and utilised on mobile devices, and some mobile mini-games can even affect your stats in full-fledged online titles.

The Origin store will also be the only place users can digitally download Star Wars: The Old Republic, EA and Bioware's highly anticipated MMORPG scheduled for release later this year. 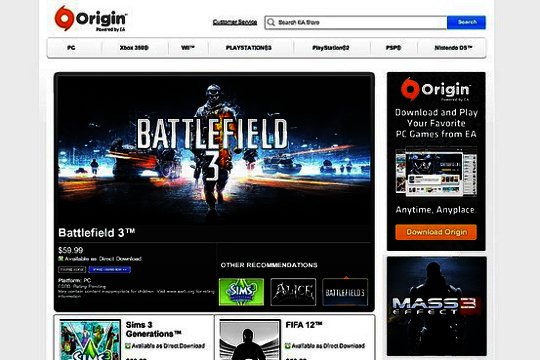 THQ this week announced that a sequel to last year's apocalyptic action adventure title Darksiders is in development. Developers Vigil Games will once again be spearheading the project, with Darksiders II this time following the story of Death, one of the four horseman of the Apocalypse.

In the original game players took on the role of another horseman, War, who was blamed for prematurely starting the Apocalypse in the first game. Now as Death you will be charged with redeeming your brother's actions, and of course doing all sorts of apocalyptic stuff in between.

The sequel will feature a larger game world, full weapon and armour upgrades as well as bigger dungeons and crazier boss fights. The game is scheduled for release on the PC, Xbox 360 and PlayStation 3 sometime in 2012 (hopefully before the apocalypse). 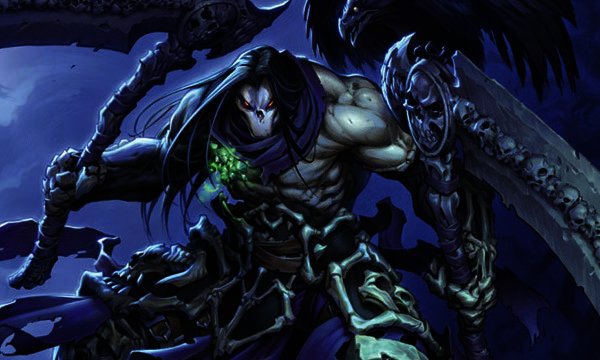 If you were one of the millions to enjoy gore-filled extreme racing action in the late 90's thanks to the Carmageddon series, then we have great news, because the iconic franchise is set for a return to the limelight.

The announcement was made this week that the Carmageddon brand has been reacquired by the developers of the original PC titles, Stainless Games.

“Carmageddon has returned to its Indie developer roots, and the time is right to bring the game to a new audience,” said Patrick Buckland, Stainless CEO and co-founder. “Originally an ambitious title that tested the hardware limits of its day, we're excited that the game will finally get the showcase it deserves on today's platforms.”

The new game will be entitled Carmageddon: Reincarnation and will feature the same “black humour and comic violence” that made the first such a hit.

The game is slated for a release sometime next year and is being developed as a digital download title. For more info head on over to the Carmageddon homepage.

There has been a lot of excitement over the December announcement that a new Tomb Raider title is heading our way. Developers Crystal Dynamics stated that the upcoming game will serve as a prequel to the rest of the series, taking us through the very first days of Lara Croft’s tomb raiding adventures. A new cinematic trailer entitled ‘Turning Point’ has recently been released, and to say it looks stunning would be an understatement. Check it out below.
TAGS:
gaming news round upEADarksidersCarmageddonTomb Raidergames
USER COMMENTS