While Skype has brought Voice over Internet Protocol (VOIP) to the public at large, Google has taken another step closer to challenging them for internet-based voice communication. Today, the search giant announced that travelers and international users of Gmail will be able to take advantage of a feature those in the US have enjoyed for several months, namely the ability to call any mobile phone or landline directly from Gmail. 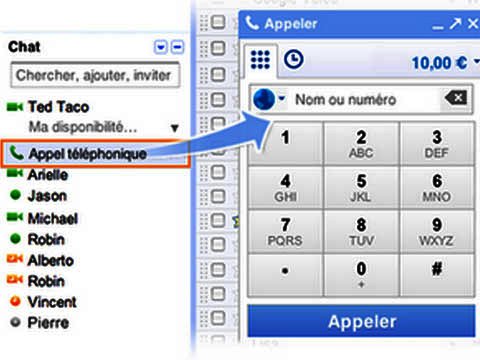 According to the official Google blog, it is expanding this offering by enabling its voice calling functionality in 38 new languages. Google advises that if Gmail chat is available in one’s country, users will see a small green phone icon show up at the top of their chat list. Users may need to install the voice and video plug-in for the feature to work.
We did test the new offering and, after a few minutes to download and install the required plugin, it did work and sounded quite clear. 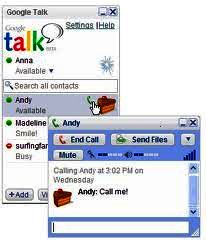 After a brief download, Google Talk sounded clear.
The blog also announced that the company is lowering its calling rates to over 150 destinations around the world. For example, it will now be $0.10 (or R0.70) per minute to call mobile phones in the U.K., France or Germany. Travellers to the US who want to use Gmail to call home will pay $0.05 (R0.35) per minute to call a landline in South Africa and $0.17 (R1.19)  per minute to call a cellphone.The company’s complete list of rates per country is available on its rates page.

Users can buy calling credit in their choice of four currencies (Euros, British pounds, Canadian dollars or U.S. dollars) and there are no connection fees, meaning callers would only pay for the time spent talking.

In recent news, the internet titan announced that it would be closing its Google Labs website, as Bill Coughran, Google's SVP for Research and Systems Infrastructure explained that greater focus was crucial if they were to make the most of the “extraordinary opportunities ahead."