At last month’s Detroit Motor Show, VW revealed its new CrossBlue SUV (sports utility vehicle) concept. This car is powered by a hybrid power unit that combines a conventional two-litre turbodiesel engine with two electric motors to deliver a combined 225 kW of power and 700 Nm of torque, enough to propel the SUV to 100 km/h in approximately seven seconds onto a terminal velocity of 202 km/h or 120 km/h in electric-only mode. VW claims that the CrossBlue’s 9.8 kWh lithium-ion battery offers a 33 km driving distance on pure electric power, with a combined fuel usage figure of just over two liters per 100 km. 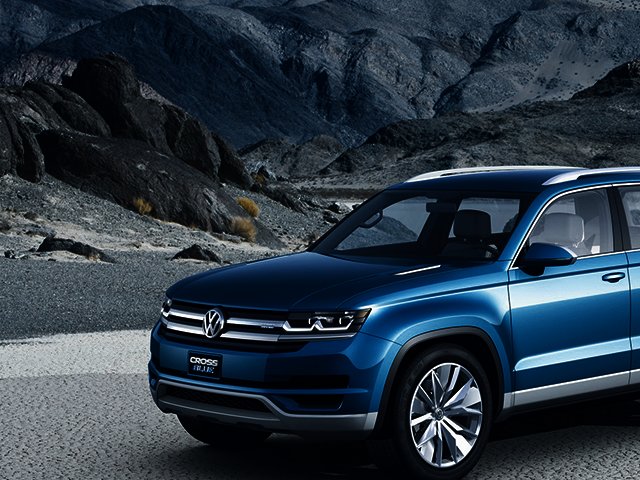 The Innovation Hub has announced the winners of its Gauteng Innovation competition. Within the green category, Smokeless Coal came out tops for its smokeless energy source. By combining waste coal, clay and water, it burns longer than conventional coals. SavvyLoo scooped second prize for its low cost, waterless toilet that is easy to assemble and clean, and is able to flush problems such as water pollution from pit latrines down the toilet. Handy Power Chargers took the final podium place, winning third prize for its kinetic chargers that can be used on notebooks, mobile phones, lamps, radios and the like, in areas where there is no grid electricity supply. 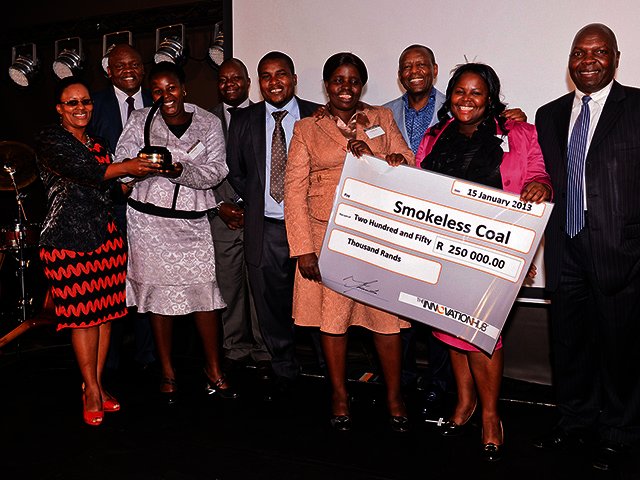 Gravity weighs in as lighting solution within developing countries

Two London-based designers, Martin Riddiford and Jim Reeves, have developed a new type of light called GravityLight. Currently in prototype, it is being developed for third world countries where access to the electricity grid is unavailable. Instead of an expensive solar power system, inconvenient batteries, or dangerous kerosene fuel, the GravityLight is powered by, you guessed it, gravity. Any object weighing in at around 9 kg can be attached to the pull-weight power system working on kinetic energy. When a user lifts this weight (it takes about three seconds) the light is powered for about half an hour, as the pull-weight makes its way back down. 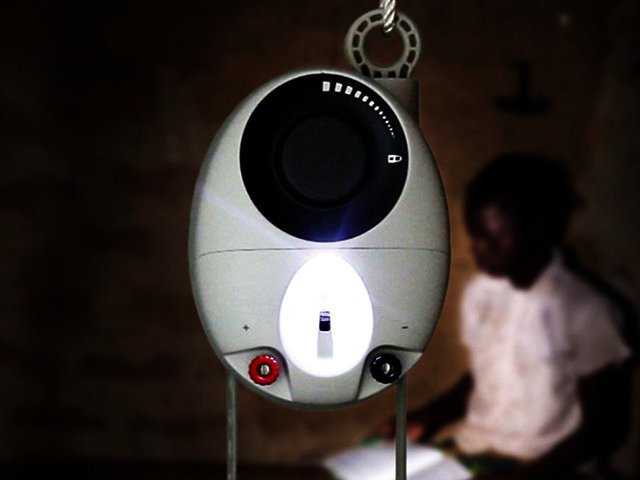