As long time fans of the ThinkPad range of notebooks, Lenovo’s new ThinkPad X1 makes us all giddy. Launched at a function held at the Killarney Country Club in Johannesburg, the X1 is Lenovo’s thinnest notebook yet, measuring 17 mm and weighing 1.72 kg.

It might not be the most lightweight thin-and-light available but it’s packed with protection goodness that the ThinkPad range has become known for, including an interior roll cage and a magnesium chassis. Notebook users who have ever suffered a cracked screen (and the repair bill that goes along with it), will be happy to learn about the appearance of Corning Gorilla Glass, usually found on smartphones such as the iPhone 4, that provides extra protection and durability for the 13” screen (1366 x 768, 350 NITS).

While all this is nice and good, it's the appearance of Intel’s second generation Core i processors takes the cake. No more ultra low voltage (ULV) processors that’s commonly found in thin-and-light units, Lenovo stocked the X1 with the same processors found in regular sized notebooks, ranging from the Sandy Bridge Core i3 through to the extremely powerful Core i7. 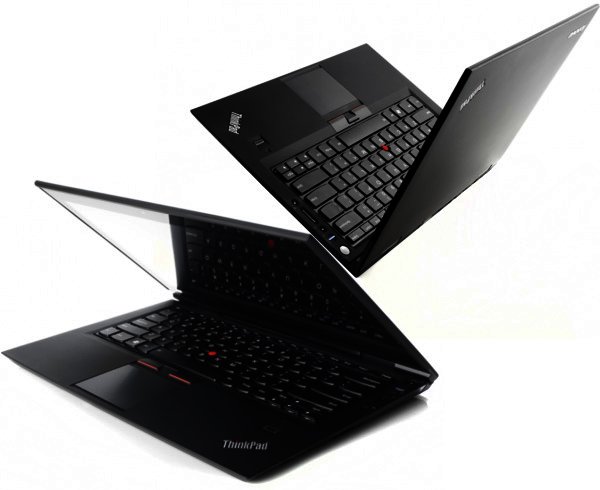 The X1 boots in 20 seconds thanks to the inclusion of a Solid State Drive in the package (sizes differ, with 128 GB most probably hitting the sweet-spot in terms of cost vs. size), while another interesting feature is the X10’s ability to recharge 80% of the battery in just 30 minutes. Called RapidCharge the technology recharges batteries 2½  x faster than previous ThinkPad models. Lenovo states battery life for the unit at 5.2 hours with a regular battery, and an excellent ten hours with the addition of the optional “slice” battery.

Also included is Dolby Home Theatre v4, an HDMI port and Intel Wireless Display technology, so users can connect or stream 1080p wirelessly to a TV or projector. Furthermore a number of port requirements are taken care off thanks to the inclusion of USB 3.0, eSATA, Mini-Display and an SD card reader.
“The ThinkPad X1 is designed for business leaders, who are some of the most demanding ‘do-ers’ using technology today,” says Lenovo South Africa country manager, Henry Ferreira. “The ThinkPad X1 demonstrates just how much functionality and performance we can put into form factors that are ultra portable but also pass such stringent military tests that they can be used in any environment," he continued.

The Lenovo X1 should become available in SA at the end of June, with asking price starting at R9000 for the lower configurations.
TechSmart will keep you posted in regards to a full review of the unit soon. In the meantime, check out this video on the making of the X1.
TAGS:
LenovoSSDSandy BridgeIntel
USER COMMENTS