The original Motorola RAZR, which made an appearance in the mid-2000s, was certainly one of the most iconic cellphone ranges ever. Thanks to its ultra-thin frame, it sparked a love affair with clamshells, with the range eventually selling north of 130 million units worldwide. Now the iconic range is making a comeback, thanks to the new ultra-slim Motorola RAZR.

Launched yesterday at a function held at the Nelson Mandela Square, the new RAZR opts for a more traditional smartphone design, rather than the clamshell design of its predecessors. 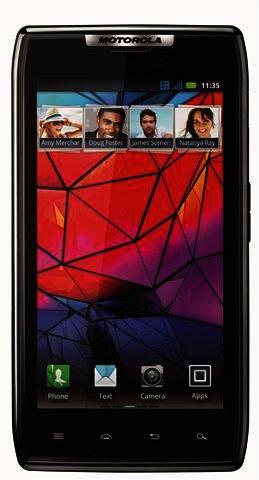 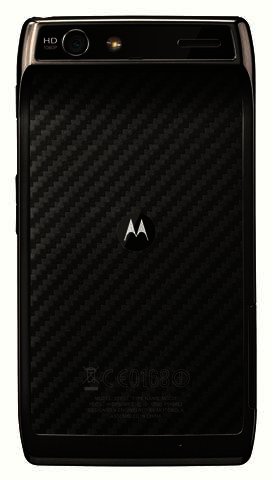 Gorilla Glass at the front, Kevlar at the back.
Thin, with a big screen

There are a number of impressive features on the phone, none more so than its wafer thin frame. Measuring a mere 7.1 mm at its thinnest section, it makes the RAZR the thinnest smartphone currently available, comparing very favourably to the Samsung Galaxy SII’s (review here) 8.5 mm and the Sony Ericsson arc’s (review here) 8.7 mm.

Also immediately striking is how large the Super AMOLED Advance screen is. At 4.3” it’s one of the larger screens on the market, beating the 4.27” of the Samsung Galaxy SII. It’s equal to the LG Optimus 3D P920 (review here), but with a screen resolution of 540 x 960 pixels, the RAZR trounces the Optimus when it comes to pixel density (256 ppi vs 217 ppi), but not quite matching the iPhone 4’s (review here) excellent 330 ppi.

It does seem as if the RAZR can roll with the punches, with its screen  made of scratch-resistant Corning Gorilla glass and body consisting of tough-as-nails Kevlar fibre. A splash-guard coating protects not only the body but also the electrical boards inside the phone.

At 7.1 mm, the RAZR is the world's thinnest smartphone
Power to the people

As the current Motorola flagship, the RAZR is quick out the blocks, boasting a 1.2 GHz dual-core Cortex-A9 processor and 1 GB of RAM. It runs on Android 2.3.5, with Motorola promising that it will be  upgradeable in the future to Android Ice Cream Sandwich. There’s also 11.5 GB of user available memory onboard, expandable via a microSD slot. An eight megapixel camera takes care of snaps, while the phone is further capable of 1080p video at 30 frames per second.

The cloud seems to be smartphones’ next big playground, as can be seen with what Apple has done with their iCloud service. The RAZR comes preloaded with the Motorola MotoCast app, which allows one to stream or download content from one’s home or work computer straight to the device. You can also share folders, so that other RAZR users can access them.

As with the Motorola Atrix, the RAZR will be able to dock to Webtop enabled devices such as the Lapdock and Multimedia Dock. Unfortunately it will not work with the Atrix’s accessories. Two new Lapdocks will be made available.

Luckily this time around South Africans don’t have to wait as long for the RAZR as we did for the Atrix, since SA will be one of the first countries with stock in shop. It should be in Vodacom stores mid-November, retailing for R6999, or on a Business Call contract for R269 per month.
TAGS:
MotorolaAndroidsmartphonesMotoCastRAZR
USER COMMENTS