Whether a phone boasts a dual core or a quad core processor is not the only defining factor of how efficiently your smartphone will run, according to Qualcomm.

James Munn, Qualcomm’s vice president of business development in South Africa, stressed that more important than the GHz speeds offered by a smartphone’s processor, is the end-user experience that it can provide.
This though, is not dependant on a single factor. Rather, it encompasses battery life, ease of use, as well as whether the smartphone’s processor is capable of running all the apps that its user requires.
Dominique Friedl, the director of business development for Qualcomm, elaborated  that all of these depend on how well integrated its microarchitecture is, explaining that, when loading a web page, for instance, the processor, modem and graphics processor are all drawn on. He also likened running a poorly integrated processor on a high-end smartphone with  slapping low budget tyres onto a Ferrari. 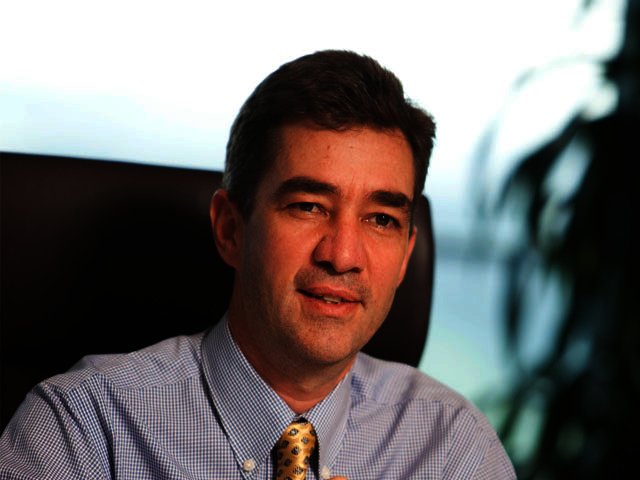 James Munn, Qualcomm’s vice president of business development in South Africa.
Good, better, best
The eternal question therefore, is which smartphone is the best for one? The answer is not necessarily the one with the highest specifications, and an equally high price. Rather, it is the device that most capably copes with the stresses that its users anticipate placing on it.
Munn pointed out that ironically, while some users of high-end smartphones are not using to their fullest potential, the youth market, who are typically using lower-end devices, continue to stress them to the utmost. Therefore, it becomes important to know what one wants to use a phone for and how intensive this is to the processor.
From there, one can choose an optimised chipset accordingly. Unsurprisingly, it is gaming, video streaming and the allure of augmented reality applications that place the heaviest demands on a processor, and thus would benefit the most from high-end devices.
Augmented reality apps though, such as My Pet Rex, which interacts with an ad created by the Denver Museum of Nature and Science, and the like, are perhaps showing the greatest potential for where smartphones can lead, and provide the most compelling argument to buyers to invest in the best processor technology they can afford. 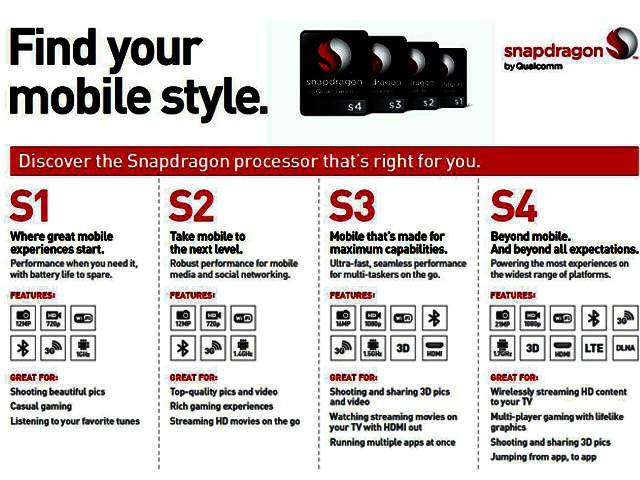 Qualcomm's Snapdragon range is divided into four key arena of usage.
To the point

To this end, the Snapdragon range encompasses the S1, S2, S3 and S4. While the S1 is ideal for casual gaming and taking photos, the S2 adds the capability for streaming HD movies, while the S3 can cater for 3D photos and videos and running multiple apps. The S4 meanwhile is the most future-proofed offering.

And based on what we saw at Qualcomm's offices, the future for smartphones looks very bright - and exceedingly exciting - indeed. For an eye-opening view of just how hot a processor in a mobile device can become, take a look at the video below.