The ES9000 will not look out of place in the most lavishly decorated living rooms thanks to its eye-catching rose-gold coloured finish and ultra slim 7.9 mm curved bezel with no visible seams.

It boasts a full HD (1080p; 1920 x 1080) resolution and is also ready for 3D playback, with the unit offering 2D to 3D picture conversion. Each set comes with a set of four bespoke Active 3D glasses.

Samsung stated that this TV will deliver a 30% improvement in picture sharpness as well as a 60% improvement in brightness thanks to the Korean tech giant’s Micro Dimming Ultimate with Precision Black technology and 960 Hz clear motion rate. The sound power to go with the crystal clear visuals is delivered via dual 15 watt speakers. 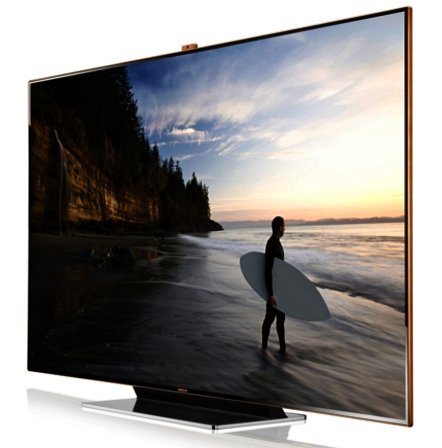 In terms of connectivity you get three HDMI input slots as well as three USB connections. For wireless connectivity, the set features built-in Wi-Fi, enabling users to obtain an enhanced sound experience by using Samsung Sound Share to stream their music or movie soundtrack to a Samsung Wireless Audio with Dock speaker system. In addition, you are also able to stream video and other media content to the ES9000 from your DLNA-enabled mobile devices.

Right on top of the ES9000 is a built-in Skype-enabled HD webcam that allows users to make video calls over Skype and automatically retracts when the set is switched off.

The Samsung ES9000 furthermore boasts Smart Interaction functionality including facial recognition technology and voice control, which allows you to do things such as channel surf or turn the set on using only your voice. Also onboard is motion control, enabling users to play Angry Birds by performing motion-based gestures. To ensure a snappy, lag-free performance whilst running apps the ES9000 is powered by a dual-core 1 GHz processor (make unspecified). 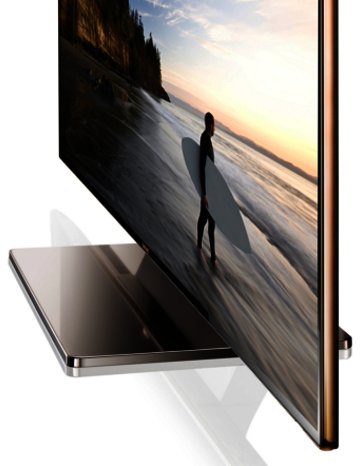 The Samsung ES9000 is available now from selected premium retailers including certain Dion Wired outlets for a not-so-budget-conscious recommended retail price of R109 000. This basically translates to more than R1 450 per delectable inch.

“When consumers enter the premium TV market, they should not have to make any compromises when it comes to quality, functionality, features and sophisticated design,” said Justin Shaw, business leader for Visual Display at Samsung SA. “The ES9000 was designed with these high expectations in mind, making it simply beyond comparison.”

“Certainly Samsung are a leader in the TV market and this product is yet another way we are demonstrating our innovation, in bringing to market a TV that is highly premium, sophisticated and sets a benchmark for large screen TVs locally,” concluded Shaw.