Amid plenty of spectacle, that included dancers, music and pyrotechnics, Samsung launched the highly anticipated Galaxy S3 to the South African market last night at an event in Sandton.

The phone, which garnered nine million preorders globally ahead of its launch, received just under 50 000 preorders in South Africa, revealed Deon Liebenberg, the managing director of Samsung South Africa.

He added that the phone was being launched in 24 countries simultaneously, of which South Africa was one, and assured that South Africa would not lag behind the global market with regards to phone launches moving forward.

Although the specifications (4.8” HD Super AMOLED display, Exynos quad core processor, 1 GB of memory, Android 4) were known ahead of the launch, the company used the occasion to focus on the smartphone’s capabilities. Touted as being ‘designed for humans and inspired by nature’ the company asserted that the S3 offered enhanced intelligence that would “make everyday life easier.” 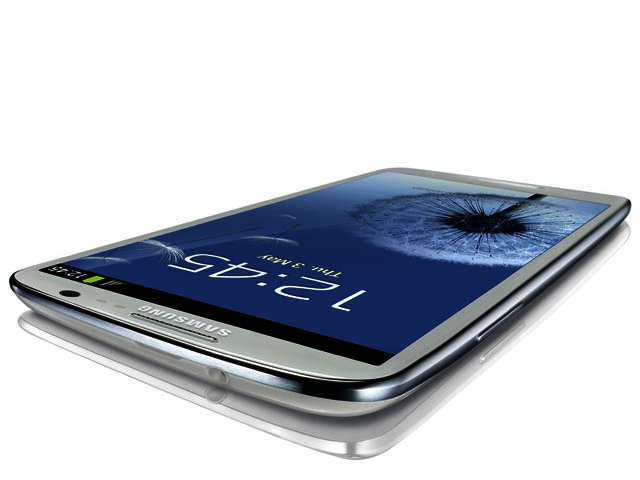 The Galaxy S3 is a mere 8.6 mm thick at its thickest point, and sports a large 4.8" HD Super AMOLED screen.
Sit, stay!
First amongst these was ‘Smart stay’ in which the phone recognises how one is using the phone, and employs the front facing camera to track one’s eyes, This means that the phone will automatically maintain a bright display if it ‘sees’ that one is reading an e-book or browsing the web, for example.
S Voice, as the name implies, and somewhat similarly to the iPhone’s Siri, listens to and responds to one’s words. However rather than being limited to information search and basic device-user communication, S Voice caters to device control and commands.
The feature can be used to tell the phone to snooze, to play favourite songs or increase or decrease the phone’s volume, send text messages and emails and automatically launch the camera, using only one’s voice.
Additionally, the phone is able to detect one’s motion and respond accordingly. One example of this is if a user starts sending a contact an SMS but decides to call them instead, they can simply lift the phone to their ear and the S3 will place the call.
Standout sharing
Another standout feature was ‘S Beam,’ an improvement over Android Beam, which allows two S3 users to share files by touching the two phones together, without the phones needing a Wi-Fi or cellular signal. Samsung asserted that a 1 GB movie file would be shared within three minutes and a 10 MB music file within two seconds.
Additionally, a Buddy photo share function also allows photos to be easily and simultaneously shared with all one’s friends pictured in an image directly from the camera or the photo gallery.
AllShare Cast, meanwhile, offers users a means to wirelessly connect their S3 to their television to immediately transfer smartphone content onto a larger display, while AllShare Play can be also used to instantly share any forms of files between the phone and their tablet, PC and televisions regardless of the distance between the devices.
AllShare Play further boasts a ‘Group Cast’ feature, which allows users to share their screen among multiple friends on the same Wi-Fi network; enabling them to make comments and draw changes at the same time as their co-workers. 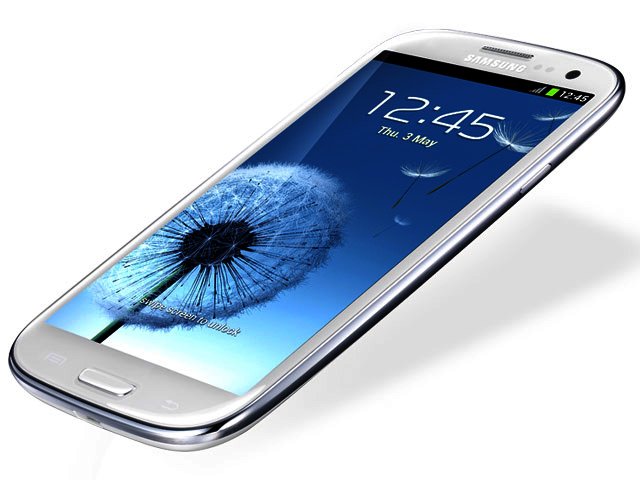 It's strongest points though, are a range of intelligent features that are crammed into the slim device.
Bursting with features
Samsung further stressed that it had long paid particular attention to the cameras on its phones.
Admitting that one of the irritations when using camera phones was the all too often lag between the time one presses the shutter and when the image is actually captured, Liebenberg enthused that the S3’s eight megapixel camera features a zero-lag shutter speed, which enables users to  capture moving objects easily without delay.
A ‘Burst shot’ function instantly captures twenty continuous shots, while the ‘Best photo’ feature  selects the best of eight photographs for users.
To the point
There is no denying that the S3 is an attractive, even beautiful device, that is crammed with numerous innovative features. We have no doubt that it will entice many a buyer, and suspect that it may well set the benchmark for  the upper tier of smartphones moving forward.
As expected, all this functionality comes with a recommended retail price to match, of R8000.
The phone, which is available in Marble White at its launch, will be followed by a Pebble Blue variant in the third quarter of the year, along with as yet unspecified further colour options in the future.
TAGS:
SamsungS3smartphonesDeon Liebenberg
USER COMMENTS