Sony (formerly Sony Ericsson) has unveiled its latest additions to its Xperia NXT series of phones, namely the Xperia U and the Xperia P, at the Mobile World Congress, now taking place in Barcelona, Spain.
As is expected from Sony, the phones feature their own unique style. For example, both phones feature a transparent band around their base, which besides from integrating and concealing the phones’ antenna, lights up when receiving calls, texts and notifications.
Beyond this touch of flash, another common feature to both phones is the 1 GHz dual-core processor.
The company explained that the  Xperia NXT series is the cornerstone of its bid to "offer users a connected experience.” Sony elaborated that this is intended to enable users to “enjoy and share content on whichever screen best suits them, whether it’s their smartphone, TV, notebook or tablet.”
Xperia P
The Xperia P boasts a full aluminium unibody design, 4” display and further debuts the company’s WhiteMagic display technology. This, Sony asserts, delivers the “brightest viewing experience; whether at the beach or on the ski slopes”. Additionally, smart power efficiency automatically adjusts the brightness of the screen to the surroundings to conserve battery life.
While the phone will ship with Android 2.3 (Gingerbread), the company has confirmed that it will be upgradeable to Android 4 (Ice Cream Sandwich) in the second quarter of this year.
The new SmartDock, which is an exclusive for the Xperia P, enables users to connect multiple screens, effectively turning the smartphone into an entertainment hub for the living room. Using a TV remote control, users can further navigate their smartphone’s media content to watch their HD videos, the latest movies or favourite TV shows on their TV screen.
The SmartDock also offers USB support, enabling the use of a wireless keyboard and mouse to write emails, browse and post on Facebook or watch videos from YouTube on their TV.
An 8 MP camera, with fast capture, HD recording and Sony technology to capture 2D and 3D panoramic images, is onboard, as is NFC (Near Field Communications) support. The phone will be available in a choice of silver, black and red. 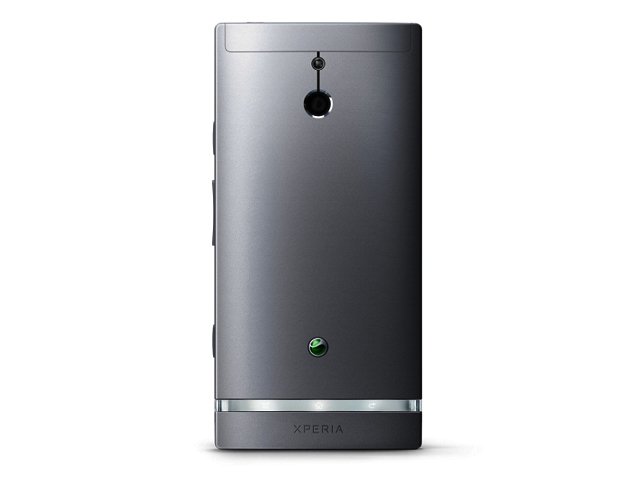 The Sony Xperia P sports an 8 megapixel camera on its back.
Xperia U

The 3.5” Xperia U, on the other hand, takes the illuminating transparent band design a little further, illuminating to match the colour of photos viewed in the gallery or the album art of music tracks currently playing.
The phone, which will be available in black or white and can further be personalised with exchangeable caps and themes. Its main focus appears to be on music, as it boasts xLoud and Sony 3D surround sound audio technology integrated into the music player. Additionally, users will be able to stream music from their Xperia U to wireless speakers using DLNA.
A 5MP camera with fast capture, HD recording and the ability to capture 2D and 3D panoramic images is similarly onboard.
Like its bigger brother, the Android Gingerbread phone will also cater for an Android Ice Cream Sandwich upgrade later this year. 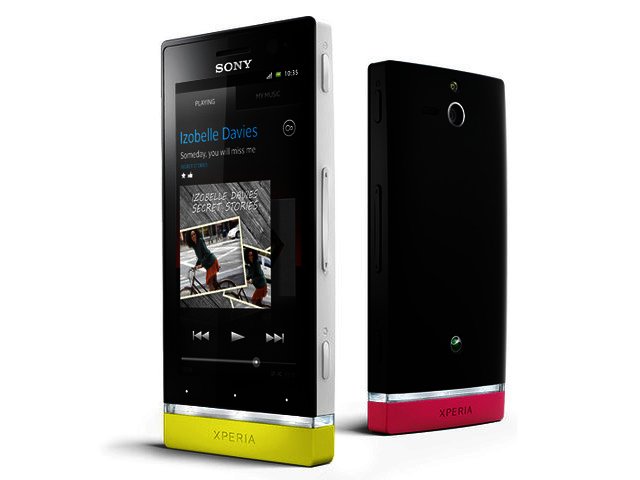 The Xperia U can be customised with yellow or pink caps.
To the point
While competition is fierce, Sony has an extra mission to fulfill with regards to mobile phones in terms of what they are going to deliver since acquiring Ericsson.
Thus, while their phones need to be attractive enough to stand out in the crowd of this year’s new releases, the company also need to prove that it truly does have its finger on the pulse, and that it can actually deliver on its strategy to consolidate its devices.
The question is whether the Xperia NXT series, judging by this year’s announcements so far, can do just that, when measured against the iPhone 4S, or Samsung’s S2.

More importantly, we’ll be keeping a close eye on whether Sony’s Xperia phones, along with its PlayStation 3 and new PlayStation Vita, can successfully integrate together to become the heart of one’s entertainment at home and on the move. This, to our mind, is Sony’s best chance of differentiating itself and convincing users to opt for its devices rather than its competitors.