New Lenovo ThinkPads
Sony and Apple weren’t the only ones announcing new notebooks this week. Chinese manufacturer Lenovo has also introduced six new business notebooks in their ThinkPad range. The new ultra-thin T420s is hogging the spotlight due to its claim of an exceptional battery life of up to 30 hours. That’s unfortunately only achieved with the assistance of an extended battery pack, but the T420s still manages over a full working day (15 hours) with its standard nine cell battery.
Lenovo also believes it speeds up boost time up by 30% thanks to Lenovo Enhanced Experience 2.0. Other models released where the ThinkPad T420, T520, L420, L520 and W520. No official release date for South Africa is known yet.
Nokia to bring a new UI to Symbian^3?
Nokia has climbed into bed with Microsoft, with the first of these companies’ Windows Phone OS-operating offspring seeing the light of day possibly before the end of the year. That doesn’t mean that the Finnish manufacturer will stop developing its Symbian^3 OS though, as it appears that a new user interface (UI) is on the cards for this mobile OS.
According to My Nokia Blog, the new UI was spotted on an N8 at a recent event held in China and offers amongst others a small bar at the top of the display, which merges key data (like battery power, signal strength, time and operator).
Apart from the new info bar, Nokia also seems to have taken inspiration from modern OS’ like Android and have included multiple soft buttons (one of which is a dialler) at the bottom of the screen. The new UI also boasts flexible widgets as well as a thin pull down status bar (again, like Android has).
Image: My Nokia Blog 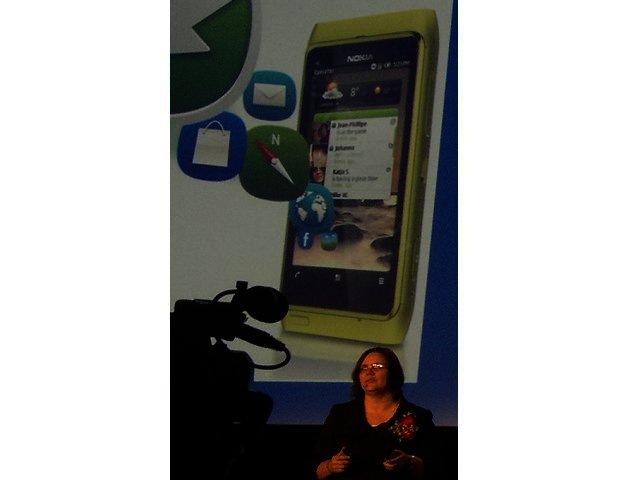 Breaking up is hard to do

So much for relationship stalking on Facebook, since the world’s largest social network has given the Breakup Notifier app the chop. According to PCMag, more than 3.6 million people signed up to this app, which notifies you when a specific friend changes his or her relationship status. The app was only available for three days untill Facebook pulled the plug.
In an email sent to the creator of the app, Dan Loewenherz, Facebook stated that although the Breakup Notifier gets the thumbs-up from a policy perspective, it got pulled because of “very strong negative feedback from users”.

As we did in part 1 of this week's Tech News Round-up, we're ending the round-up off on a lighter note. Techcrunch reported that an Egyptian man has named his first born daughter “Facebook”. This was done in tribute to the role that the social network played in helping to organise  the recent revolution in Egypt.

The original report was published in  the Al-Ahram newspaper and according to Techcrunch’s translation “Facebook” Jamal Ibrahim “received many gifts from the youth who were overjoyed by her arrival and the new name.” At least she was not called “Mark Zuckerberg”.