Has the WoW killer finally arrived?

Bethesda is widely regarded as the masters of single player storytelling. Last month however, the veteran developers released The Elder Scrolls: Online alongside developers Zenimax Online, the duo’s first foray into the world of MMORPG’s.

As is the norm for Elder Scrolls titles, ESO: Online sees players starting their journey in chains. As a prisoner of the Daedric prince Malog Bal, we find ourselves in a damp prison cell, the distant sound of battle reverberating through the cavernous fortress.

It’s soon clear that a mass escape is in progress, and our cell is soon opened by a passing prisoner. From here, the player is guided by a corporeal figure known simply as “the Prophet”, a mysterious sorcerer imprisoned by the dark lord.

As one might expect, the story opens up, but in the interest of not spoiling any more, let’s move on and discuss some actual gameplay. 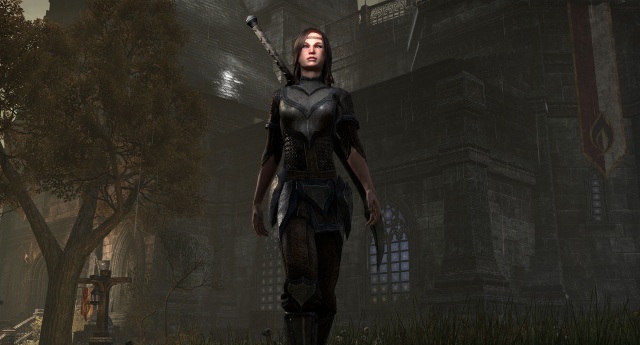 As RPG custom dictates, the first thing we have to do is go through a character creation process. Choosing your hero’s race, class, and modifying their physical appearance is a pretty standard affair. A healthy amount of customisability is available, but nothing which particularly stands out. The only notable change from standard character creation comes when choosing your political allegiance. And no, this isn’t a DA/ANC thing as much as a, ‘players from opposing factions will hunt you down and sell your scalp to a roving gypsy’ kind of arrangement.

Since this is an MMORPG, players have to choose between one of three factions all battling to rule Tamriel. At the end of the day though, your choice of alliance doesn’t boil down to much outside of which race you’re able to play as (unless you own the collector’s edition, in which case you can play any race in any alliance).

After creating a satisfyingly cool/heroic/stupid-looking character, players step forth from their cell to begin their journey in earnest. The controls are well-mapped, moving around the environment feels nice and smooth, and the visuals are rather impressive for an MMO. The problems start when it’s time for battle.

Unfortunately, ESO: Online has the same Achilles heel as most MMORPG’s out there - lag. Whether your sword slashes are awkwardly landing behind your enemy’s head, or you suddenly feel the sting of a spike trap you walked over five seconds ago, the game simply isn’t as reactive as single player RPG fans are used to.

Outside of this, the combat system in the game is quite immersive. Instead of simply spamming hotkeys, players will have to dodge, time their strikes precisely, and cycle through a number of satisfying abilities. This dynamic combat system allows you to theoretically defeat a much more powerful foe (granted you’re fast enough). 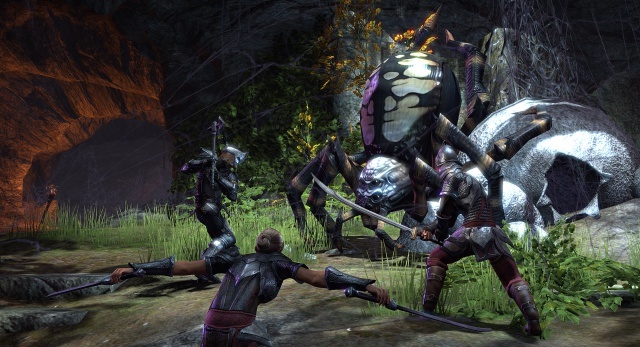 ESO: Online is a sprawling behemoth of a game, and it’s set to increase in size as updates and/or expansions are rolled out. There are a wealth of quests to take part in, with all non-player characters fully voice acted.

While quests are certainly not in low supply, the quality of some left us wanting. Long-winded and confusing instructions that lead to overly simplified boss fights were one of the main sticking points. Loot in the game is also a tad... sparse, with treasure chests and even boss corpses seldom yielding much more than a few gold coins at a time.

The most important part of an MMORPG is obviously the MMO, or “multiplayer” part. While ESO: Online is playable solo, those wishing for a Skyrim-style romp will be disappointed. The game is fundamentally meant to be played with others, and it’s here where it really becomes enjoyable.

Unfortunately, the current quest sharing system is somewhat buggy, and large parts of quests (such as puzzles) require each player to complete them individually. Furthermore, if you’ve completed a quest you can’t go back and do it again. This means no helping your newbie friend complete early quests. If you want to play together, you have to start and finish quests at the same time.

The game sports different starting regions for each alliance, and when playing standard PvE (player vs. everyone), you won’t run into any players from opposing factions. For this players will need to enter the PvP (player vs. player) areas, where ESO: Online’s crowning glory can be found. It’s here where, whether in a small band, or a massive army, players can wage epic battles against each other. It requires a hefty time investment, but if you and your buddies can make it to this stage of the game, ESO: Online can provide immense multiplayer joy. 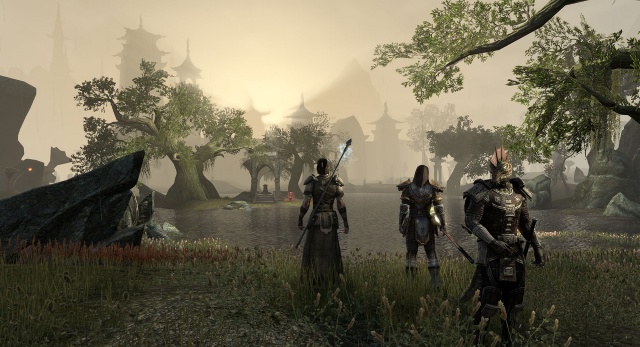 As previously mentioned, ESO: Online looks good for an MMO. It’s clear that a lot of work went into creating the world, and some areas are plainly beautiful. Others however seem barren and lifeless, with copied textures and minimal interactive objects.

One thing the game does get spot on is the audio. Elder Scrolls fans will delight in the nostalgic soundtrack, and sound effects in general are top notch. Combat animations, especially when casting spells are also a treat to behold.

The hardest part of reviewing an MMO is that these games are constantly evolving. Updates are rolled out regularly, some of which may dramatically change the game. In its current state however, we would only recommend ESO: Online to MMO or hardcore Elder Scrolls fans. The game has a lot to offer, and definitely has its moments, but we couldn’t shake the feeling that it could have been so much more.

Potential players must also note that ESO: Online is subscription based, this means after buying the (full priced) game, you will need to pay a monthly fee of $15 (R150) to keep playing.