Clash of the ages
History lessons aside, Fall of the Samurai sees some big changes to the original, featuring considerably more units and game play features. None more so than the destructive influence of gunpowder, with western-backed forces (with gunpowder) going head-to-head with more traditional (sword and bow-and-arrow) armies. 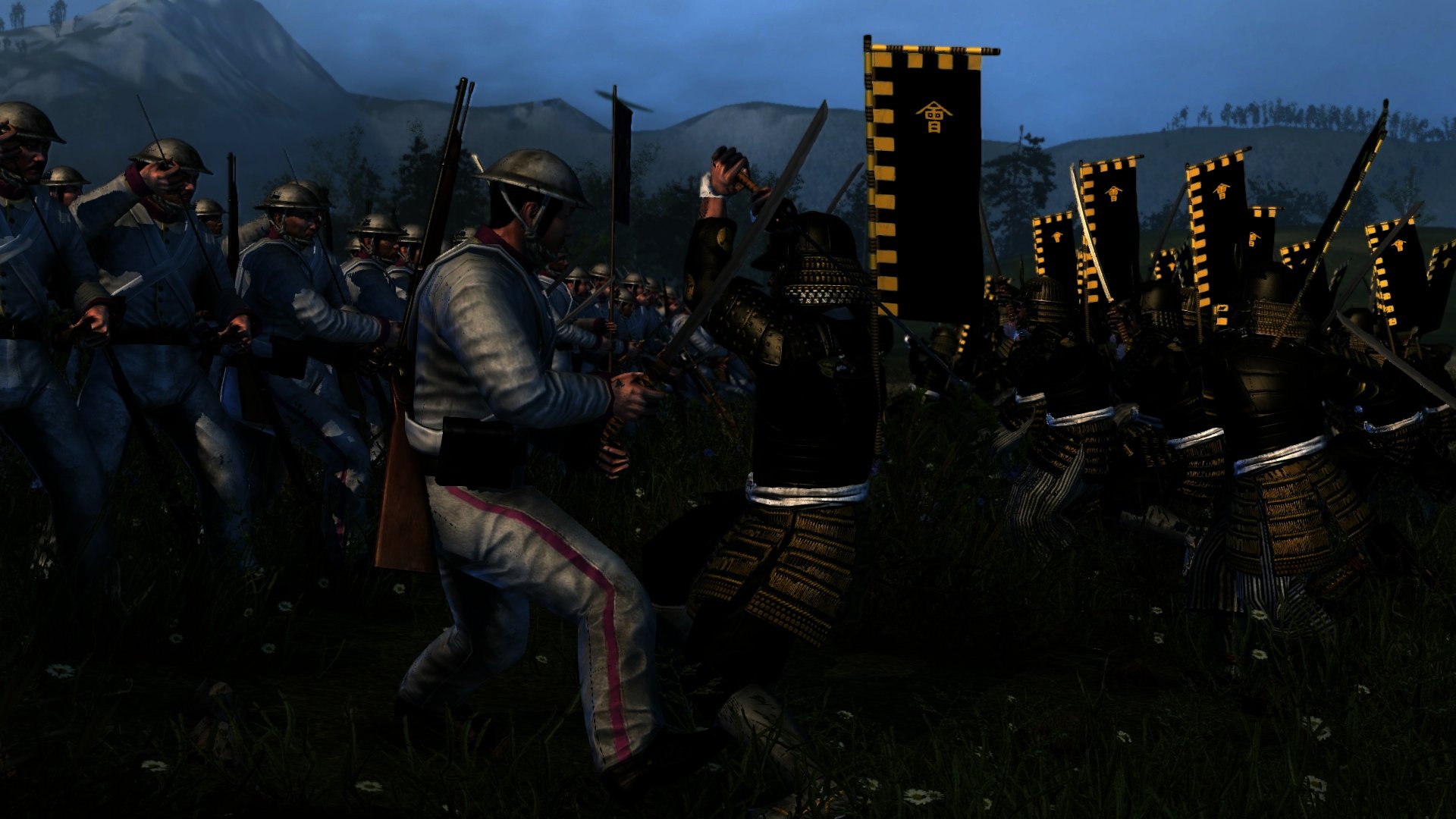 The debate over the Bulls' pink away kit eventually reached fever pitch.
But as the article title suggests, you do not bring a knife to a gunfight (or one with cannons and gatling guns, more on that later), so make sure your sword wielding Samurai do not kamikaze into a platoon of rifleman; the outcome will be as expected (watch the final ten minutes of The Last Samurai for reference).
Fall of the Samurai also introduces extra military units, with the ability to recruit foreign veterans (basically western officers). They are able to train your army while they are on the field or supervise recruitment which helps bring down costs and build time when placed inside a city.
The other extra military units include the Geisha, Ninja and Ishin Shishi (think government special agents). The Geisha are your performers and enchanters, able to sway generals or foreign veterans to join your cause, while the Ninja is your assassin and saboteur, adept at sabotage and assasination. Each of these extra military units has a role to play in your campaign to unite Japan under the Emperor or the Shogunate. 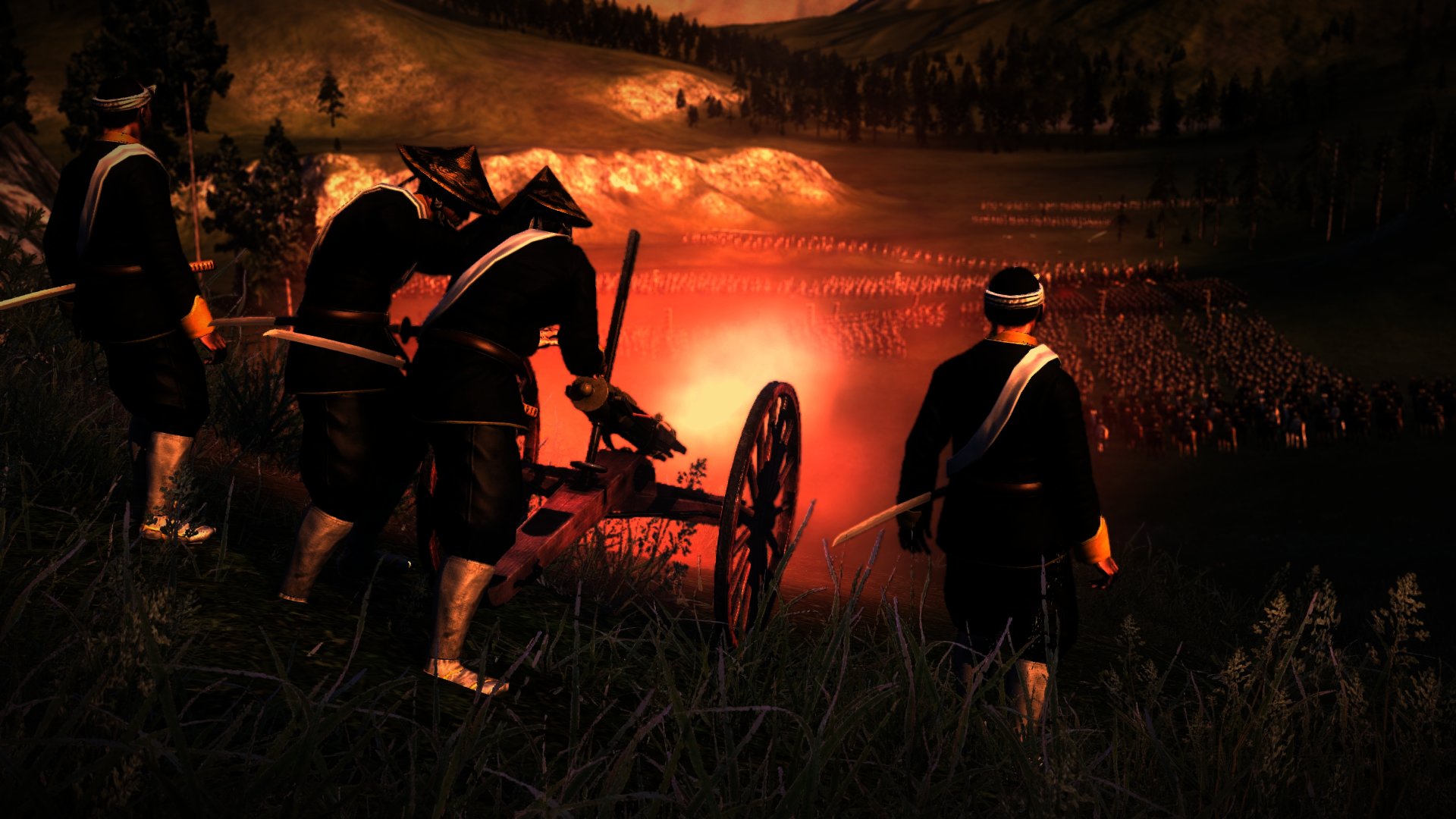 The automatic lead dispensing machine worked better than expected.
On the rails
There are also changes to the way you can move about. Railroads forms an integral part of game play, allowing players to quickly transport units between provinces instead of the old method of simply marching them around. This opens up rapid deployment of your troops if you're on the attack, but of course, your opponents can just as quickly bring in reinforcements to counter.
Accompanying the railroads are the steam-powered ships and their powerful cannons, which allow you to bombard cities and even armies that are within range. While we were disappointed with the limited damage potential of bombardments on the campaign map, they are indeed powerful during combat, able to obliterate whole platoons in a single strike. This bombardment feature opens up a new game play strategy allowing you to bombard cities before sending your army in to capture it. Thus making capture easier and lowering your sustained casualties. 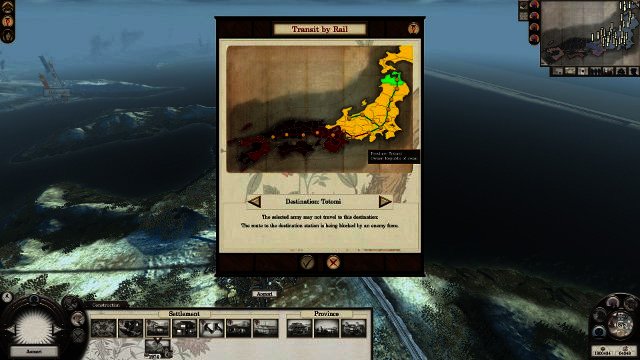 The Gautrain's extended route proved very popular.
Start a war
Beginning a campaign in Fall of the Samurai sees you choosing between two different ideals, the pro-Shogunate clans or the pro-Imperial clans. This is important, as your play style is somewhat influenced depending on your clan of choice and their ideals.
Even if you choose a pro-Shogunate clan, you are still able to research and build modernised units and buildings; this however will affect your clans’ happiness, as they are effectively against any modernisation. It further leaves you with a tricky campaign, as you are required to delicately balance your research with the happiness of your clan or end up facing rebellions. Even  worse, it can render you unable to effectively counter other clans set on domination of your province by capturing its cities.
Strategy wise, it is still possible to field a complete traditional army vs a gunpowder one. This, however, requires extreme strategy and a near perfect control of your units. Although bow units can shoot further than rifle units, in a one-on-one battle, the rifle units will definitely come out tops. If you add in the gatling gun, your defensive and offensive power increases immensely. During play, we toyed around with sending minimal units and a couple of cannons and gatling guns against a traditional army. The result was a massacre on our opponents forces as we lost only a handful of units in that fight. When the tables were turned, our only strategy was to use trees as cover and hope the charging units could reach the enemy in time without losing too many units to gunfire.
All these changes may be daunting for those new to the series and veterans alike, but the game is full of helpful tutorials and you'll find yourself quickly up to speed and well on your way to dominating your foes politically and in combat. 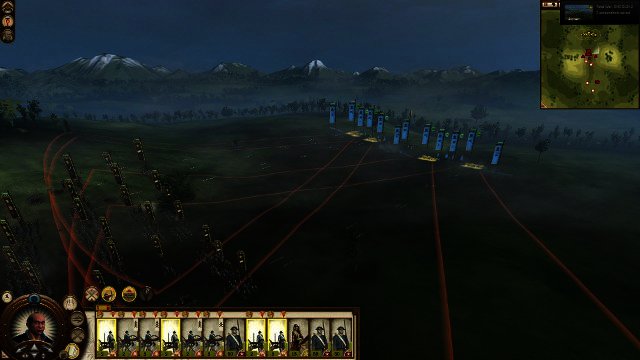 Japanese conceptual art remains inaccessible to western minds.
To the point
Good graphics, new game play options and a decent sized campaign make Total War: Shogun 2 - Fall of the Samurai a very worthwhile investment. It's a refreshing change to strategy when you are able to pit the old traditional units against the new units in combat situations, with each unit bringing their own unique skill to the field.
Fans of the Total War: Shogun series know what they need to do - buy this game immediately. If you are a fan of the Civilization series and Crusader Kings II, you can confidently follow in their footsteps.
Verdict: This stand-alone expansion is amazingly entertaining and a great addition to the franchise.
Pros: New game play features; new units; fun figuring out the strategies required to maximize army efficiency.
Cons: The occasional movement and grouping bugs during the game; too easy economy management.
Review written in conjunction with Jason Silva.

CONS
The occasional movement and grouping bugs during the game; too easy economy management.
TAGS:
Fall of the SamuraiTotal War
USER COMMENTS