If you are a fan of series such as Vampire Diaries and movies like Underworld you are sure to spend some good quality time with Castlevania: Lords of Shadow. Although this captivating action/adventure title doesn’t really bring anything new to the genre, it boasts beautiful environments, excellent cut scenes and an engaging combat system.
Story and presentation
Gabriel Belmont, a member of combat savvy the Brotherhood of Light holy knights, is having a serious stretch of bad luck. His beloved wife is brutally murdered by the evil forces of darkness (who else?), known as the Lords of Shadow, the same evil chaps also conveniently trying to bring about the end of days. This all rubs Gabriel the wrong way and he sets off on a perilous journey in order to get revenge and present us with yet another ‘out for revenge’ title.
One of the highlights for us is the brilliant narration from none other than Patrick Stewart, better known as Captain Picard in Star Trek. He adds a great deal to the overall atmosphere of the title, further enhanced by the gorgeous environments and stunning in game cut sequences. You basically feel like you are participating in as opposed to reading your favourite mythological graphic novella. 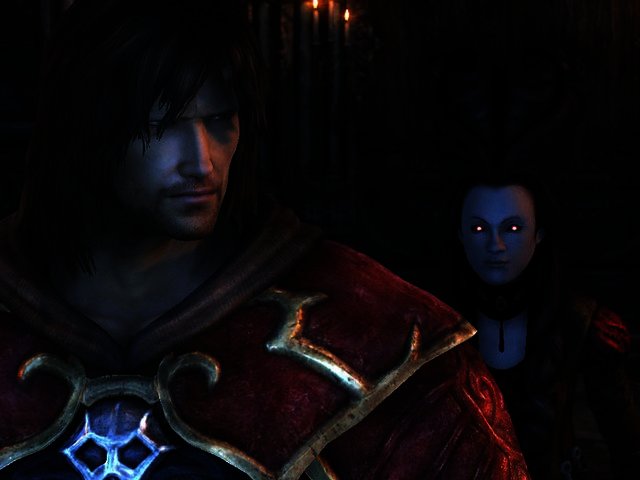 Controls
Gabriel is armed with  the Combat Cross, sort of like the Swiss army knife of mythological weaponry, needed to slay beasts such as the commonly found Lesser Lycanthropes (werewolves) and the vertically challenged Goblins. Goblins might be less intimidating than the werewolves, but what they lack in physical presence they make up for in terms of the viciousness of their attacks.
The combat control system that you employ to slay these beasts is easy to learn, in fact it is actually quite intuitive. And it’s not just a question of button-bashing (such as Ninety-Nine Nights 2), there are a variety of tactics to employ for each of the creatures that you face. Where a direct confrontation with a pack of werewolves might go off smoothly, it will likely lead to your death when facing Wargs, mammoth sized werewolves that pack sabre-toothed fangs. These don’t only take longer to kill but can also dodge your attacks and have an unblockable attack of their own. 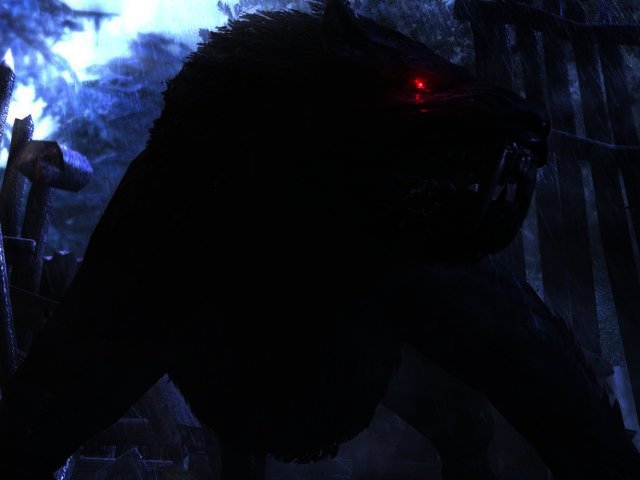 The more points you gather the more new moves you can buy, making not only combat look very impressive but obviously also getting rid of enemies a lot faster.
Fixed camera needs some fixing
Although the controls makes you feel all powerful in taking out a range of beasts, the buggy fixed camera on the other hand left us combat impotent at times. Some of camera angles frustrates as they make fighting enemies more difficult, for instance, while running towards the screen, the camera is so close to your character that you won’t see approaching enemies until the moment that they attack you.
Final word
Castlevania: Lords of Shadow will have numerous legendary literary creatures leaping out at you from within its well crafted environments. It employs an impressive presentation style, dazzling cut sequences, as well as an intuitive combat style.
Although it is hampered by the sometimes awkward camera angle selections and doesn’t bring anything new to this type of game but it’s definitely still worth its recommended retail price tag of R599.