Ubisoft's Fighters Uncaged was (and still is) basically the only real non-kid friendly gaming option for those who bought Microsoft's motion sensing peripheral, Kinect. At first glance the game seems promising, set in a street fighter inspired world it would (we thought) be the perfect new way to beat the snot out of your friends in a game.

Unfortunately those expectations were met with nothing but a blank stare as Fighters Uncaged shaped up to be the worst of all the Kinect launch titles (and yes, that includes Kinectimals). 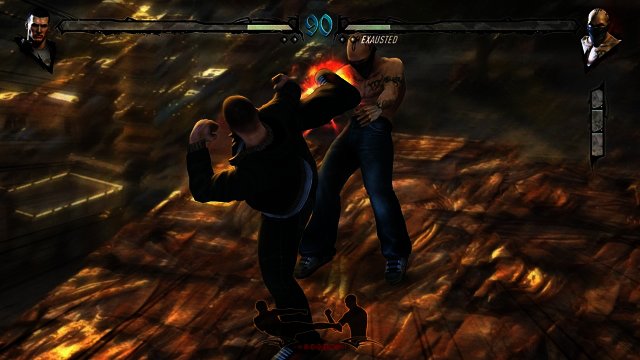 Story
There is basically no story in Fighters Uncaged, and the little that there is feels like it was forced in as an afterthought. Basically you play the role of an aspiring street brawler named Simon who has to fight his way through a number of underground leagues to rescue his father from a kingpin. But after a brief mention in the cinematic intro no more is heard of this storyline as we actually started forging through the game.
Gameplay
While the Kinect sensor and many of its games may not have perfect accuracy, most were at least playable and save the slight delay here and there actually performed as they should. Fighters Uncaged must have been developed using a different development kit though, because of all the games we played on the Kinect, this one's accuracy was by far the worst.
The game features only one playable mode, which in a stroke of genius was simple named “Fight”. But before we could jump into the intricacies of this “Fight” mode we had to make our way through a nerve wrecking tutorial sequence. The tutorial aims to acquaint you with the basics of combat and has you mimicking on-screen moves you want your character to perform. After executing the move you must then successfully use it three times against an instructor.
This may sound fine, but the sheer amount of time we had to spend on this silly tutorial really soured the experience. This is also the first time we realised how broken this game was to begin with, the first few tutorial lessons had us practice simple straight jabs and hooked punches, which worked fine as long as you did it slowly. But once more complicated moves (such as blocking and kicking) were attempted, every notion of motion control simply seemed to slip away. 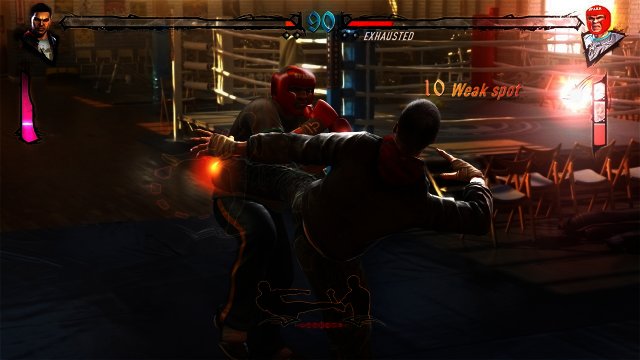 Highly noticeable lag hindered our movement throughout the game, with punches only landing long after we had tried a different move. The game also couldn't seem to accurately pick up most of the moves, sometime a simple hook would result in a roundhouse kick and at other times blocking would produce fits of punches from the clearly brain damaged Simon.
Add to this the fact that we could only start battling real opponents after we had executed each move three times, with both limbs, and then had to fight and beat the instructor in a best out of three battle, and you start realising why the tutorial was so excruciating.
“Fight!”
After we had spent what felt like forever completing the ridiculous tutorial, we were finally allowed to start actually playing the game. The main game consists of three leagues with three opponents in each league to best.
According to our watches it was about time this game started becoming fun, but unfortunately all we found was an increasingly frustrating experience as we struggled to make the game pick up our movements correctly. Most of our time was spent flailing around like idiots as we found this to be the most effective way to beat opponents (read: Kinect button bashing). 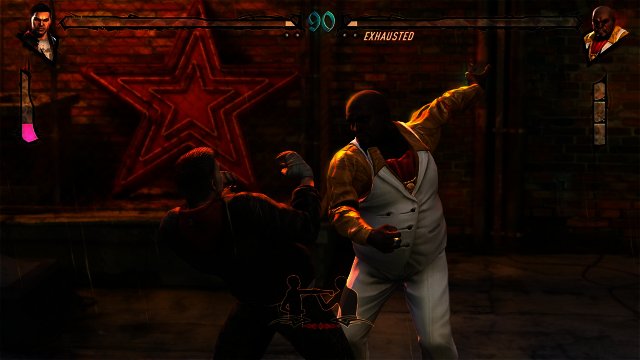 Presentation
Graphics and sound in Fighters Uncaged, while not as downright awful as the actual fighting, also failed to impress and simply helped bolster the idea that Ubisoft rushed the title through production to coincide with the launch of the Kinect.
Conclusion
Perhaps the biggest fault in Fighters Uncaged is that the game does not support any sort of multiplayer modes. Yes, this game on the Kinect, which is supposed to promote playing with friends, sports only a singleplayer mode, no two player fights, no online, no Xbox 360 hook up, nothing. The game would have at least been more entertaining had we been able to coerce a friend into also behaving like an erratic shadow boxer, but even this, the final pleasure of casual gaming was denied to us.
Fighting seems like one of the basic game genres that the Kinect should actually do right, unfortunately Fighters Uncaged is more Mike Schutte than Mike Tyson. If you are planning on spending some cash on the Kinect, we'd recommend steering well clear of Fighters Uncaged.

PROS
Serving as a demonstration as to how not to make a fighting game on the Kinect.