Time travel and the looming threat of the Soviet Union are two of gaming's most overused, but not necessarily overdone, clichés. Singularity jumps head over heels into this 'what if' scenario by combining these two elements to create a time travel/cold war/fallout first person shooter experience.

Story
The game's story centres around the Soviet Union's discovery of Element-99 (E99) in the 1950's, a mysterious new element found only on the fictitious Russian island of Katorga-12, which is also where the game takes place.
In the year 2010 an American spy satellite picks up a huge radiation spike emanating from the island, to investigate they send in a small task force of soldiers, including Nate Renko the player character, who crash lands on the island after some mysterious events begin to transpire.
Entering the facility we find that the Russians had been experimenting with the highly volatile E99 to try and manipulate time itself. The experiments unfortunately met a catastrophic end in 1955 which killed off all of the island's known inhabitants.
As you move through the decrepit facility the player discovers the the island isn't as uninhibited as previously though and that some really freaky goings on have been taking place in the meantime. The story isn't made of Pulitzer prize winning stuff but it does manage to create a rich, albeit slightly corny experience complete with evil Russian overlord, attractive solo female agent and of course the changing of history.
Singularity's real kick comes in the form of mysterious time rifts on the island as well as the Time Manipulation Device or TMD. As you run through the eerie facility you'll catch glimpses and even participate in past events that transpired in 1955 as the facility was being torn apart, which adds some depth to the narrative. After obtaining the TMD the game really gets going as the player now has access to its fantastic time-manipulation powers, which we'll discuss in more detail later on. 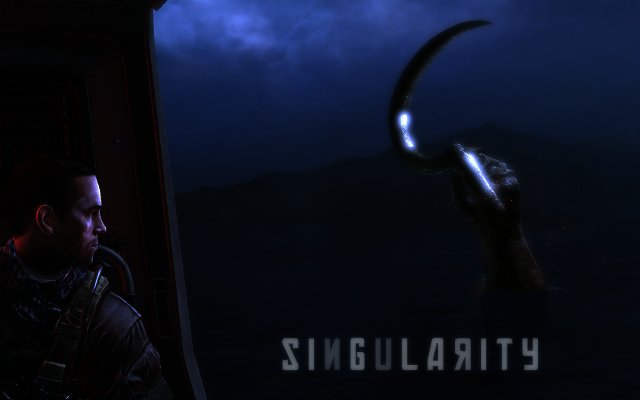 Gameplay
Singularity sticks with the basic first person shooter control layout and gameplay style, with players tasked with running around and shooting lots of things (namely Russian soldiers and freakishly mutated creatures), complete a few puzzles and then shoot some more. It's clear to see that the game drew inspiration from such classics as Bioshock, incorporating the fear element as well as creating an amazingly rich game world.
As you progress through the game the player will find a ton of notes, audio and video recordings which they can view to learn a bit more about Katorga-12's final moments. These do a great job of setting the atmosphere, especially when a creature pops up just as you're listening to an eerie recording of a man and woman begging someone to come save their children just before being cut short by a mangled scream.
As the game progresses the player will gain access to several different firearms, including revolvers, shotguns, automatic rifles and sniper rifles to name but a few. These function as one would expect, with each weapon featuring either an iron sighted or scoped design so players can gain access to that added accuracy. The sniper rifle also has a function by which time can be slowed down for a brief burst (similar to bullet time in Max Payne), allowing you to send a barrage of bullets to slice through your opponents' craniums.
Throughout the game players will also be constantly upgrading Mr. Renko's arsenal by collecting E99 samples and other tech in the game world. These can be used to upgrade weapons, with weapon pods scattered throughout the world helping you properly outfit your character. 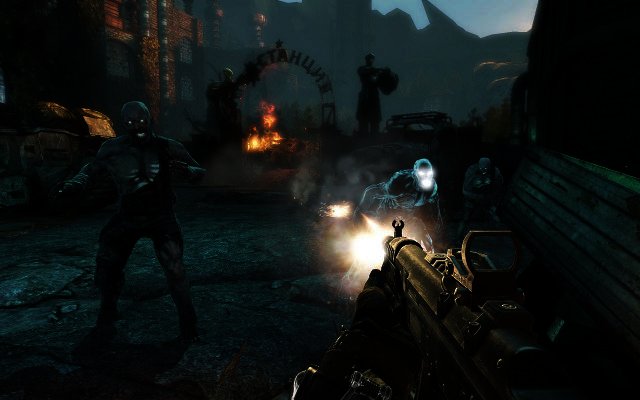 Time manipulation device
The TMD remains hands down the coolest weapon in the game featuring a myriad of different uses and possible applications. You can use the device to turn back time and restore objects to their original state or turn them into rust covered junk by accelerating time. This ability can also be used to turn enemy soldiers bones' to dust in a spectacular display.
The TMD also features a weak pulse blast which replaces the melee attack, and although it has limited use at first the device can be continually upgraded throughout the game, offering some great new abilities. Some of these include freezing human enemies around you, slowing down creatures and tossing back explosive barrels and missiles sent your way in a style that will be familiar to anyone who has toyed around with Half-Life 2's gravity gun.
The AI in the game behaved in a generally intelligent way, taking cover, executing flanking moves and by and large being difficult to deal with. The creatures encountered in the game makes for the most terrifying enemies not only because of their grotesque appearance but also thanks to the powers some of them have, such as teleporting short distances, moving through the ground and generally leaping up when you least expect it. 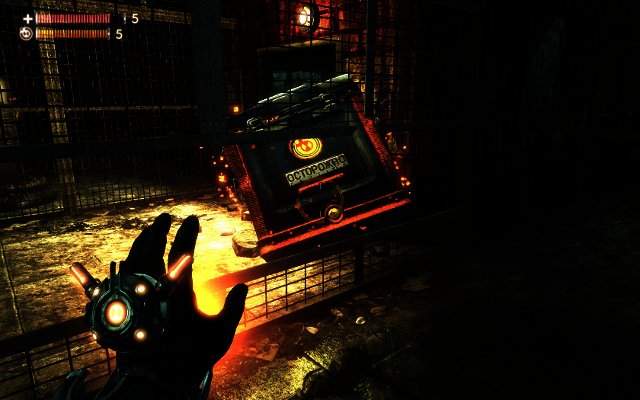 Level design and visual appeal
The locations and levels in the game are well constructed and mostly good looking, although a few hiccups were encountered along the way in the form of getting stuck against a chair while you're trying to flee from a group of bloodthirsty creatures.
We all know how annoying it is when your huge dual-whatever-wielding Rambo of a character gets foiled thanks to an obtrusively placed piece of furniture. It doesn't detract a lot from the game experience, but we would've liked to see some more environmental physics.
Graphically speaking the game looks good but not great with a lot of detail being placed in weapon design and utilisation. What we mean by this is that weapons like the TMD and its ageing function looks absolutely stunning as it reassembles broken pieces of the environment right before your eyes, with bricks and pipes flying magically into place.
The pacing of the game is good, transitioning between high octane excitement and wary exploration often enough to keep things interesting. A couple of puzzles which has to be solved with the help of the TMD also makes an appearance while spectacular set piece boss battles pose an added challenge to the player. 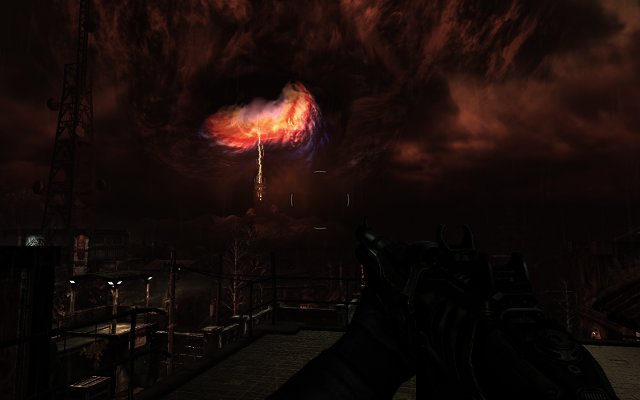 Multiplayer
The game does feature an online multiplayer mode, but only two modes are available, Extermination which is an attack and defend gametype and Creatures vs. Soldiers which functions like standard team deathmatch. These matches are class-based and players also have access to a variety of perks to improve their online skill.
Conclusion
While Singularity reuses a couple of FPS staples it's certainly not a bland affair. If you can look past the corny storyline you'll discover a game world dripping with detail and supplying truckloads of commie blasting, monster hunting, time travelling fun.

PROS
The time manipulation device with its excellent age reverting or accelerating properties adds a welcome new dimension to gameplay.

CONS
A corny yet intricate storyline may leave some confused as to what exactly is going on.
TAGS:
singularityxbox 360first person shooteractivisionmicrosoft
USER COMMENTS