We've said it every time a new Bang & Olufsen (B&O) speaker or pair of earphones arrive at the office - the Danish company knows how to make a good product.

Its BeoPlay range has been particularly impressive to date, but accompanying that stirring audio quality and design is a price tag to match, part of the deal when considering a BeoPlay device. The same goes for the manufacturer's smallest portable speaker - the BeoPlay A1. 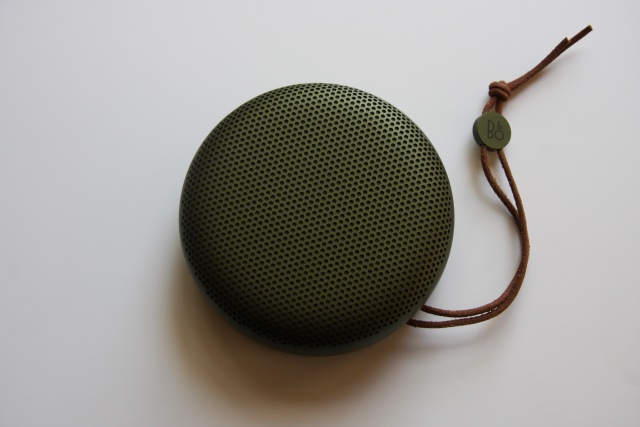 Well for one, it's a solidly built speaker that is circular in shape and comes in at a weighty 600 g. Added to this, B&O has opted for two materials in the A1's design. Aluminium takes care of the top portion of the speaker, with matte rubber for the bottom. The latter means slipping and sliding is kept to the minimum, with all the controls, inputs and buttons placed around the base of the speaker too.

To that end there's a 3.5 mm headphone jack, USB Type-C port for charging and connecting to a device directly, along with power, volume and Bluetooth controls. On the Green Moss review model I had, the controls were often hard to decipher and required me to lift up the speaker and check the symbols whenever I wanted to turn on/off or toggle the Bluetooth (4.2). Offering a solution of sorts to that problem is the BeoPlay app for syncing and controlling the A1, as well as being able to indicate the onboard battery percentage. 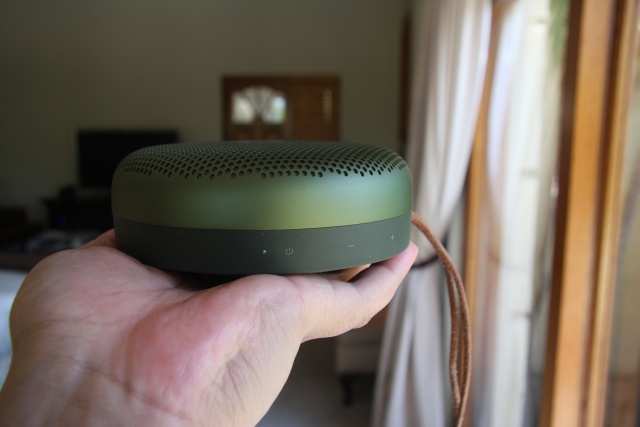 Once you've paired your device via Bluetooth to the A1, there are two 30 W Class D woofers and tweeters, pumping out a combined 280 W of peak power. Added to this is a frequency range between 60 - 24.000 Hz, which serves up a good mix of highs and lows.

In terms of audio performance, the A1 sounds well rounded. I was pleasantly surprised that vocals in songs featured more heavily, as opposed to the bass heavy sound that many portable speakers seem to favour. That said, there is the slightest reverberation of bass after each beat lands on a bass heavy song, for example. For the most part though, the A1 performs well given a variety of different music genres, and also proved a good option to watch videos and movies with when the speakers on the MacBook weren't up to the task.

B&O has also imbued it with the ability to receive and end calls. Speaking of portability, the A1 measures 133 mm wide and 48 mm tall, making it fairly easy to pick and carry. There's also a distressed leather string to hold the speaker by, or hang it from door handles and chairs. My only issue with it is the adjustable circular tab, which ultimately serves no purpose as it offers no resistance when toggled and cannot be firmly secured. It could be nitpicking though, and this is certainly no deal breaker. 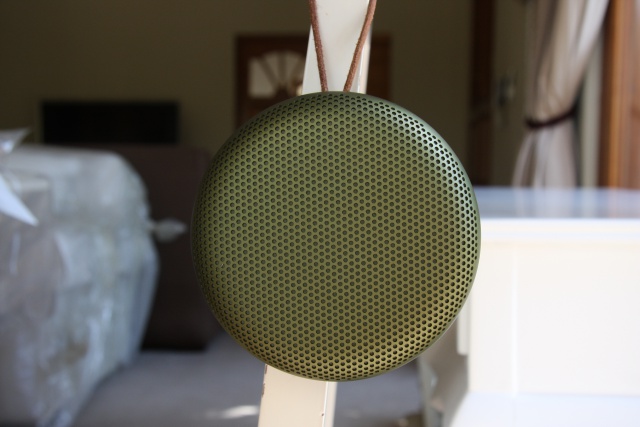 Along with the crisp and clear audio range provided from the A1's speaker setup, it has an enviable amount of battery. 2200 mAh to be more precise, which is said to deliver up to 24 hours of battery life, according to B&O. While I did not have the A1 playing for 24 hours straight to test that claim out, I was able to yield two to three hours of playtime each day over an entire week without a charge being needed. As such, given mixed use throughout a day, you should get a full week out of the A1.

Yes, R5 000 is fair bit to paying for a portable speaker, but the A1 is well designed, delivers good sound and proves itself an all-rounder in a number of scenarios. For consumers that want a compact portable speaker that has well balanced mixed of listening to offer, the BeoPlay A1 is money well spent. Indeed, you could likely go out and buy a far cheaper portable speaker, but whether it's on par with the A1's audio capabilities, looks as good or indeed stands the test of time is hard to guarantee. With the A1, those three factors are a safe bet. 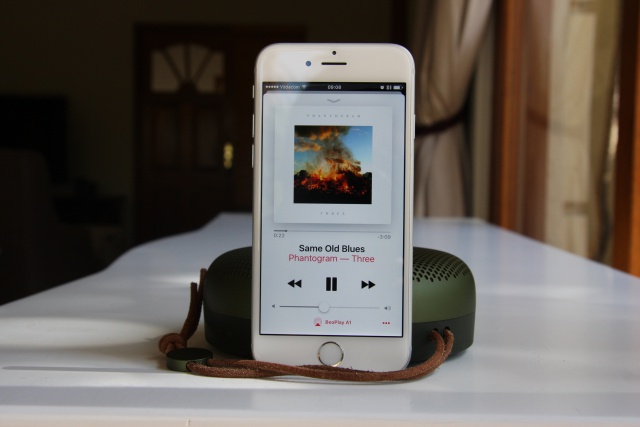