Acer’s Aspire R7 typifies the latest PC trend towards notebooks that twist themselves into a variety of form factors, in a quest to be both novel and useful.

As to the former, it is certainly that. The notebook’s screen can swivel into four configurations thanks to its sturdy but agile Ezel hinge – upright, as is the conventional tradition, Ezel, which makes it resemble an artist’s easel, Display, which hides the keyboard and is ideal for watching movies, and Pad, which turns the device into a tablet.

Additionally, and adding to its distinctiveness, is the fact that the generously sized trackpad and the palmrest is found not below the keyboard, but rather above it.

You may be wondering how each of these configurations work. To start with, the conventional configuration is perhaps the least impressive. It is here that the bottom section of the R7, namely its keyboard and trackboard, may take the most getting used to, as Acer’s choice of pushing the trackpad above the keyboard is at its most awkward.

Indeed, those users who are accustomed to resting their hands on a notebooks palmrests while typing may question the design choice the most. It is less awkward if you place the notebook on a desk or surface, placing it on your lap and then typing is the least comfortable approach. Additionally, the trackpad's position above the keyboard doesn't render it unusable, but rather a bit unfamiliar and awkward at first.

Worth bearing in mind is that the notebook does cater to capacitive touch, and if anything, the placement of the trackpad actually compells you to use your finger more often to select and click on items.

However, things improve from here, particularly if you are the type of user who forsakes a trackpad in favour of an external mouse. Worth noting is that Acer seems cognisant of this - it includes a not too shabby mouse in the box, along with an extremely nice stylus (reminiscent of the third party  Adonit Jot).

Moving on, the R7 begins to come into its own particularly as you start engaging that Eazel hinge. This allows you to pull the touchscreen in close to the keyboard, and actually makes the touchscreen more accessible. This is due to the fact that you can swing the screen closer to you, something which works particularly well when using the touchscreen to navigate through Windows 8 or reading off the screen. 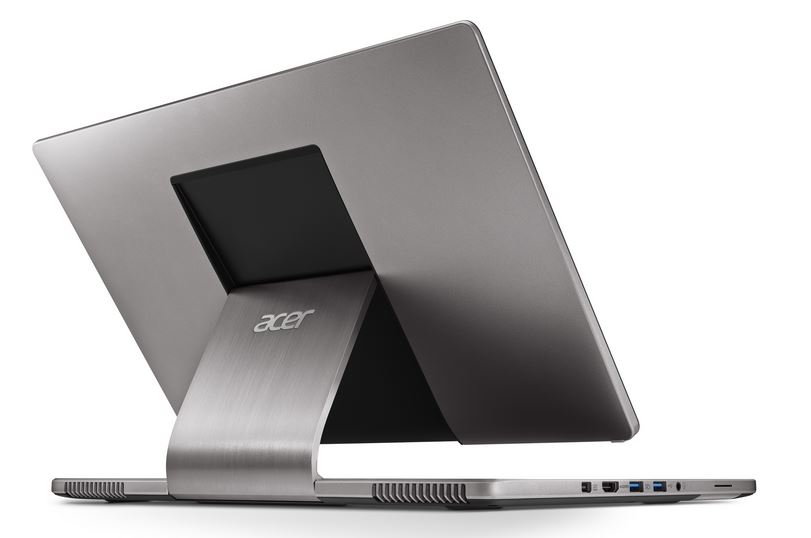 The Acer R7's main support comes from its Ezel hinge, which enables the notebook to twist into all of four different configurations.

For those users who find themselves all too often squinting at their screen or trying to make text larger for an easier-on-the-eyes experience, this works very well  (especially when its screen resolution is pushed to its maximum and thus items on the screen are made smaller).

Another area in which the Aspire R7 comes into its own is when swiveled into the display configuration. This enables you to tuck the keyboard and trackpad out of sight and out of mind, and just enjoy the screen, most useful when watching a movie or a presentation, for example, and when the keyboard would otherwise just get in the way.

The final configuration, Pad, enables you to lay the screen flat against the base, turning the R7 into a slate of sorts. While this is nice to have, it’s not really that practical for media consumption in most cases, as a 15.6” slate it too unwieldy (and heavy) to hold as one would a smaller tablet.

Having said that, we were inclined to use it on occasion, if just to wield the fantastic stylus that Acer includes here. Suffice to say, firing up a painting app and then using the stylus for this purpose, with the slate configuration resting on our lap, was a pleasure.

While we suspect the design differences will appeal to some and not to others, there are other arenas in which the Aspire R7 shows its mettle. The notebook’s build quality is very good, reassuringly solid thanks to aluminium frame, and exhibited neither creak in the keyboard, nor flex in the screen.

The notebook’s 15.6” screen is superb, not surprisingly, considering the full HD 1920 x 1080 resolution on offer here, and we were particularly happy to see its deep, rich colours and excellent clarity. Worth mentioning is that the screen is very bright and contrasty, without being overly reflective.

This is no small achievement, particularly as some other touchscreen displays on Windows 8 notebooks to have passed our way seemed somewhat muted or dimmer than their Windows 7, non-touchscreen counterparts. 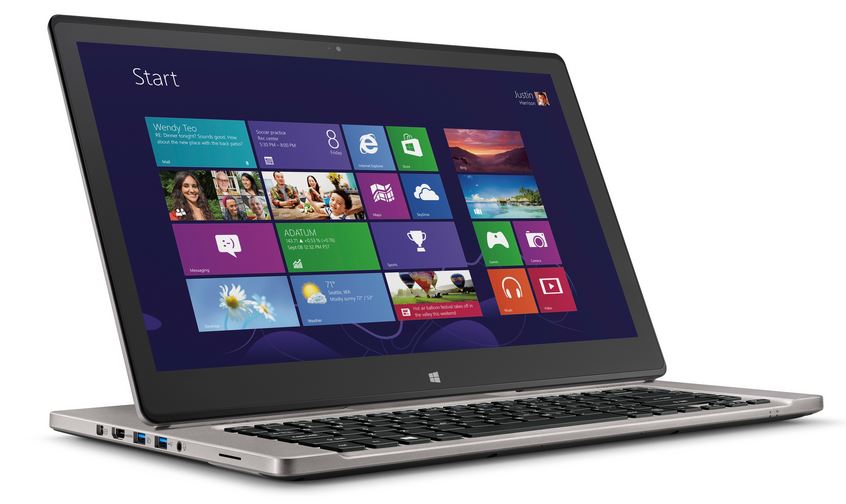 One of the advantages of the hinge is the ability to bring the screen closer to one's view, which also makes the touchscreen more accessible.

Also winning us over was its quick and responsive performance, thanks to the ever-capable third-gen Core i5 (337U) processor clocked at 1.8 GHz and a generous dollop of 8 GB RAM. Granted, Acer could have opted for the high-end Core i7 instead, although this invariably would have driven the price up, and thus is a trade-off we suspect more than a few users are willing to entertain (pun intended).

It turns out though, that they didn’t need to, at least if our benchmarks were anything to go by. In our 3DMark test, it scored a very good 5070 marks, vastly bettering the Lenovo Helix’ score of 3210, and returned 187 in Heaven, again trumping (although fractionally) the Helix’s score of 185.Then, in Passmark, the Aspire R7 ascended to 1247.1, pausing only to look down and sneer at the Helix’s 875. Worth noting, is that on at least two of the  three fronts, this is quite a bit  better than the Lenovo Helix, despite that notebook rocking an Intel Core i7. 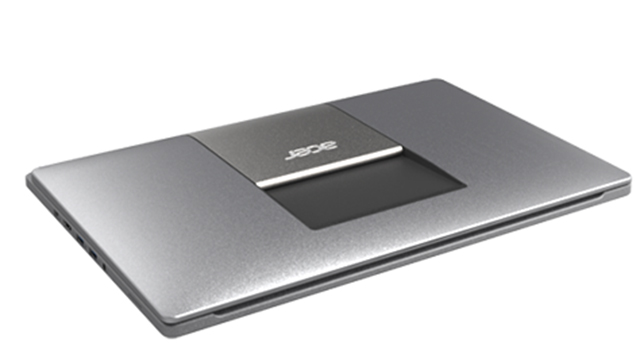 Counting firmly in its favour, the Aspire R7 is a very solid, attractive and well built piece of kit.

Storage is also well catered to, with a 1 TB hard drive, while Intel’s integrated HD Graphics 4000, which is a significant step up from the 3000, ably handles the graphics.

Acer has further improved considerably on the keyboard front, with its backlit, chiclet keyboard proving to be a pleasure to use, offering enough depth of key press to satisfy. Furthermore, the R7 boasts some very impressive,and particularly loud, sound, again making this a machine well suited for consuming entertainment.

Two x USB 3.0, 1 x USB 2.0 ports, an HDMI port and an SD card reader, but no optical drive, round out what is our mind a very capable and unique offering, although at 2.4 kg it is quite heavy.

Has the Aspire R7 succeeded at being novel and useful? To our minds yes, although it is probably more suited towards a certain kind of user, namely one who tends to consume content and wants a more convenient, accessible means of using the touchscreen. At R16 000 it certainly isn’t cheap.