Apple’s iPad may be a stellar device, but the company’s compatibility philosophy is letting it down.

The hype surrounding Apple’s iPad tablet PC recently reached a fever pitch after the company reported record sales numbers for the device. Unfortunately the iPad is still unavailable in South Africa, but despite this, several online retailers are currently importing models. Have2Have recently gave us the opportunity to take a closer look at the 16 GB Wi-Fi version.
Specifications
The device itself features a 9.7” LED backlit multi-touch display with an admirable resolution of 1024 x 768 pixel at 132 pixels per inch (ppi). In our opinion this is the most impressive feature the iPad has going for it; the display achieves both functionality and crystal clear image reproduction which users would be hard pressed to find on other products in this market segment.
Taking care of the processing is Apple’s A4 system on chip, which delivers 1 GHz of CPU power, which is more than ample during everyday usage. A few other helpful additions to the device are a digital compass, assisted GPS via Google Maps, a built-in speaker, a microphone, a 3.5 mm headphone jack, accelerometer as well as support for a variety of document, video and audio formats.
One of the iPad’s strongest attributes is the apps available at the Apple iStore. At present, there are roughly 3000 applications on the iStore designed specifically for the iPad, with 20% of these for free. 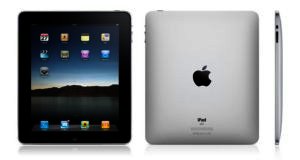 Design
Like the vast majority of Apple’s product arsenal, one of the iPad’s strongest features is its design. The device is bevelled by the company’s trademark brushed silver finish and incorporates a large black Apple logo on the back. This ties into the device’s black front panel bevelling, which sits flush with the touchscreen.
Overall the iPad is solidly built and weighs in at a paltry 680 grams for the Wi-Fi model (the 3G model weighs in at 730 grams), which makes it convenient to carry around by hand or in a laptop case.
The iPad is fairly limited with regards to its external interface, due to the fact that that majority of its functions are handled via its touchscreen. Apple did however choose to include the same ‘Home’ button which is found on the iPhone; this closes applications and returns the user to the Home screen. Also included is a two way volume control button and a lock feature which sets the iPad to sleep mode. 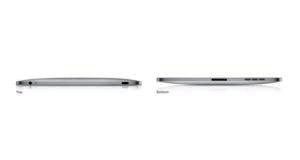 Interface
When Apple CEO, Steve Jobs, branded the iPad’s touch interface as revolutionary he certainly wasn’t kidding. The touchscreen and UI (User Interface) design is smoother than anything currently on the market and certainly positions Apple well to deal with incoming competition from other touchscreen tablet PC manufacturers such as HP and Dell.
Overall the interface is simple, yet highly effective. Any user, regardless of their technical prowess would be able to effectively use the iPad after a few hours of practice; something we’re sure Apple made sure to pay special attention to when designing the device. 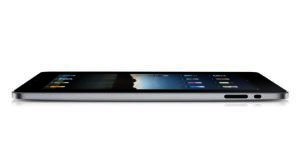 Display
Despite the fact that the iPad has a relatively low pixel density, it’s display is phenomenally crisp and clear. Overall we were impressed at the anti glare technology that Apple employed in its design and its ability to display interactive content in magazines and videos far more comprehensively than most LCD based computer monitors or televisions. 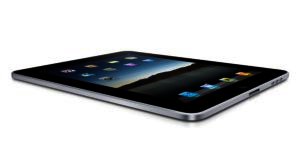 Media
The iPad’s media offering is so impressive we felt that it deserved its own section in this review. During our time with the 16 GB Wi-Fi version we managed to download several interactive magazines and comics from the Apple App store.
We were most impressed with US based ‘Wired’ magazine, which is available via subscription. The August edition is masterfully designed to integrate with the device, offering interactive content on almost every page, alternative front covers according to which direction users tilt the device and advertisements which are far more enticing than the bland fare we have become used to in print media.
Unfortunately, media content which is well optimised for the iPad is relatively difficult to find at present. Both Maxim and GQ magazines were somewhat disappointing in that they offered far less in terms of interactive content and a user friendly interface than the likes of Wired.
Nonetheless, rich media content for the iPad is on the rise and we can confirm that when it is well designed for the device, reading a magazine on this tablet PC certainly beats a physical copy.
Compatibility
We found though that one of the iPad’s greatest drawbacks is Apple’s philosophy towards device compatibility. The process associated with dropping media onto the tablet PC is so complex and convoluted that we feel it may not be worth the hassle.
The device we tested simply refused to integrate with Windows PCs, regardless of their operating system or the latest version of iTunes. When we connected it to a Mac we also had to ensure that it was outfitted with iTunes version 9.1, always on internet access and an iTunes Account.
Although we eventually managed to get the iPad up and running, the hassle made us seriously reconsider the validity of the device.
Conclusion
Although the iPad is a truly stellar piece of technology, compatibility issues caused us headaches and prevented us from really buying into Apple’s device. Despite this, the overall design and the media offering was a huge draw, and left us feeling a little brighter about the iPad’s prospects within the South African market.
The iPad 16 GB Wi-Fi is currently available from www.have2have.co.za for R6412. The official release date of the iPad in SA is still unknown.

PROS
The iPad's overall design, like much of Apple's product arsenal is highly attractive; the 9.7

CONS
Early compatibility issues with Windows based PCs left us with a sour taste in our mouths.
TAGS:
ipadapple
USER COMMENTS