Huawei is a smartphone maker that's made significant strides in recent years. While it does not have the same pull as brands like Apple and Samsung locally, its reputation is certainly on the rise.

As far as the Huawei Mate 10 Pro is concerned, all indications are that the company's latest flagship can hold its own against the the iPhone 8 Plus, Galaxy Note 8 or LG V30+. Having put it through its paces recently, we try to discover if it can outperform any of those devices. 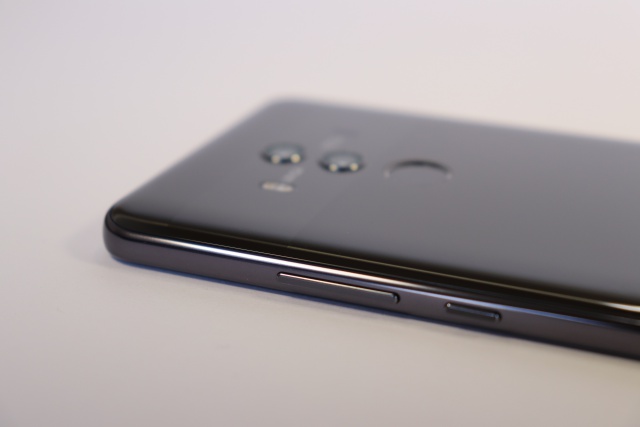 While Huawei's P series of devices have generally been considered to be the out-and-out flagship for the Chinese manufacturer, we're of the opinion that it's actually the Mate series which is the more premium of the two lineups. No matter which way you slice it, design, specifications, performance and availability, the Mate 10 series has the P10 one beat.

That's not to say the P10 and P10 Plus are terrible devices, but the Mate 10 Pro amps things up in every regard.

Let's take design for example. Huawei has been able to retain a particular aesthetic with the Mate 10 Pro, while also introducing a couple of changes, most of which are on the rear. The most noticeable is the signature stripe that runs horizontally across the back.

The housing for the dual lens rear cameras has also been refined, and does not jut out as much as it did on the Mate 9. Other design changes include a longer Amoled display being introduced, which is the current trend in the mobile industry, and sees the Mate 10 Pro receive a 6.0" screen with 18:9 aspect ratio and 2160x1080 resolution.

All in all, despite the Mate 10 Pro's size, it feels like a far sleeker device than the P10 or P10 Plus. It has the added advantage of a more distinct design, whereas the P10 line hinged heavily on the iPhone for inspiration, as did other manufacturers like OnePlus.

There is one problem we encountered with the design, however, with the glass back cover proving quite slippery. It's a problem that several Android flagships suffer from, but it's instantly noticeable on the Mate 10 Pro. As such, you're gonna need to utilise a protective cover in the long run, which will ultimately mask all of the interesting design elements on the phone. 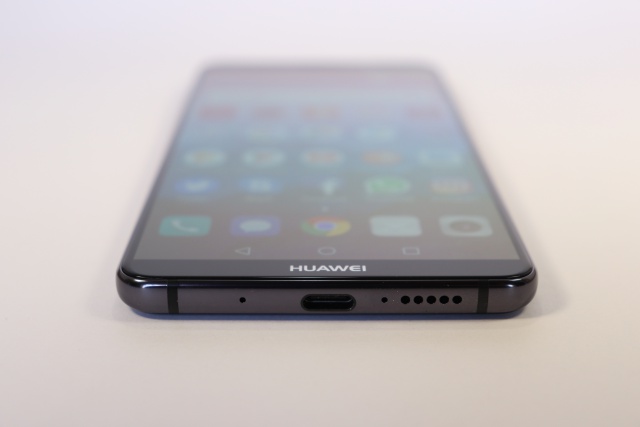 Before the Mate 10 series even saw the light of day, we already knew the processor it would be powered by, with Huawei hyping up its new Kirin 970 chipset. Much of the focus was on its artificial intelligence (AI) capabilities, with the company coining the term "Mobile AI". Without getting bogged down in the finer details, Huawei simply stated that the processor on the Mate 10 series improved performance across the board, along with making much of its AI functionality native. It's an ambitious move, and one that has certainly gotten the company and device some attention.

How does it perform in real life though? Well that's a little harder to discern. One of the claims that Huawei made about the Kirin 970, is that it would make one's phone smarter over time, with the machine learning process embedded in the device. During our time with the Mate 10 Pro, this aspect is difficult to see in action. That said, the Mate 10 Pro is exceptionally speedy while multitasking, and showed no signs of lag no matter what number of applications or games we threw at it.

This resulted, as expected, in an impressive benchmark of 175 900 on AnTuTu (v6.2.7), which was surpassed only by the Sony Xperia XZ Premium with 179 449. As such, the Mate 10 Pro is going to stand you in good stead when it comes to performance.

Shifting back to Mobile AI, we think it shows promise, but lacks a full ecosystem to truly prove impressive at this stage. For now, only the object detection for the camera, and Microsoft developed real-time translation app, are indications of native AI on the device. With more tools though and a larger ecosystem, the Mate 10 Pro could certainly rival the likes of the Pixel 2 in terms of artificial intelligence. When that will happen, however, remains to be seen. 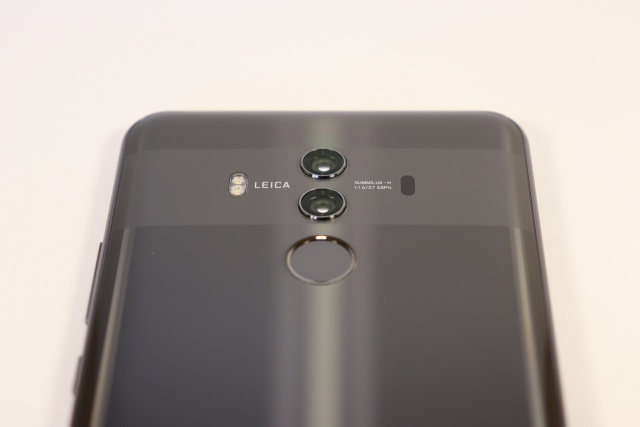 For all its high powered processing capabilities, the Mate 10 Pro is still tripped up by one element, in our opinion - EMUI. For this device, EMUI 8.0 has been rolled out, with Huawei noting that it has been optimised to work with Android 8.0 (Oreo). As with previous iterations, Huawei's user interface can prove difficult to navigate, and at times looks a bit cluttered as you try to search the settings or other menus on the phone's system.

It's not a frustrating experience as it has been in previous Huawei flagships, but there are definitely some growing pains for the Chinese company as they try to refine their on-device experience.

That said, the phonemaker has made some improvements, such as being able to delete duplicate apps when needed. There's also a PC mode, akin to Samsung's DeX offering. Huawei's version works sans docking station, but will require users to purchase a USB Type-C to HDMI cable (not included) to access the mode. 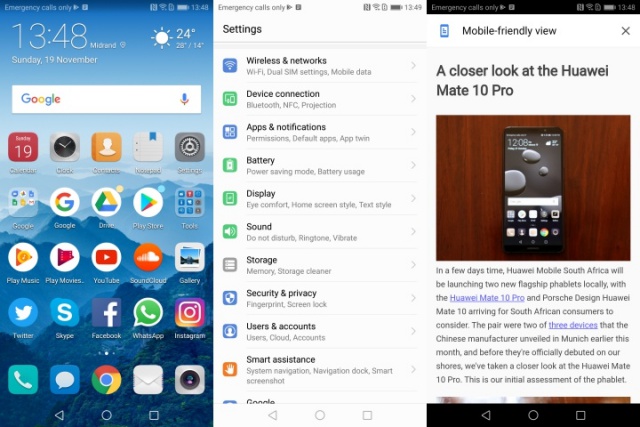 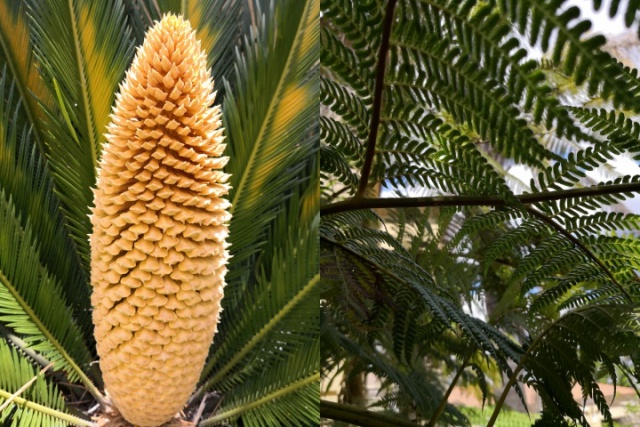 There's much to love about the Huawei Mate 10 Pro. It has a clean design, high powered processor and one of the best smartphone cameras on the market at the moment. All of that doesn't come cheap though, with the 64 GB model costing a recommended R17 999.

More than just a couple sheckles, the Mate 10 Pro will set you back, but carries the capacity to remain a premium device for the next three to four years. As such, for consumers looking to make an investment in a large phone, the Mate 10 Pro is well worth considering. 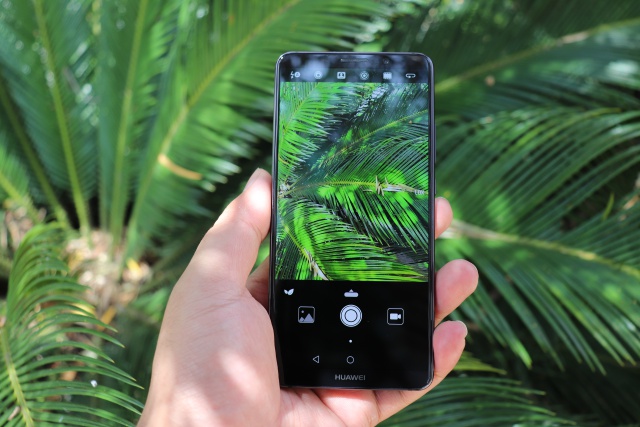 HUAWEI MATE 10 PRO WAS RECEIVED AS A SEEDING UNIT.