We’ve already reviewed the smart Red Bull Mobile HD, but sans all the Red Bull bells and whistles, it’s actually Huawei’s U8800 IDEOS X5. We take the X5 for a spin to find out how it fares in the continuously expanding budget-friendly Android range.

The TFT touch-screen of the IDEOS X5 features multi-touch capabilities such as pinch-to-zoom, which works well when zooming in and out webpages via the standard Android browser or feature rich Dolphin Browser HD. Huawei's budget conscious X5’s touch-screen still makes photos and videos appear vivid and is very responsive to employ.

You employ this touch-screen to navigate the smartphone’s mobile operating system (OS), Google’s stock standard Android 2.2.1 (aka Froyo) in this case. The OS is a little dated, especially since the cheaper (R2080) Samsung Galaxy Gio runs on Android 2.3 (Gingerbread). It has no fancy skin, such as HTC’s Sense, layered on top neither. For general usage this isn’t really a disadvantage, as the vanilla flavoured Froyo is easy to use, boasting five home-screens to populate with your chosen widgets and shortcuts.

Interactive wallpapers are available, as is Google's voice search functionality. Voice search is a bit of a hit-or-miss affair, but can be a great deal quicker than typing when it actually registers your search correctly. 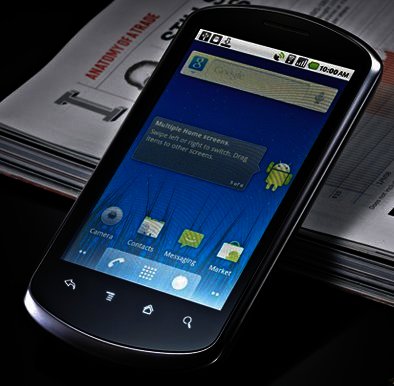 Powering the IDEOS X5 is Qualcomm’s MSM 7230 chipset featuring an 800 MHz Scorpion CPU  and an Adreno 205 GPU. This certainly isn’t the most powerful duo in the smartphone kingdom, but definitely not the slowest either. It’s actually a bit better than we expected to find, since LG's Optimus One only runs on a 600 MHz CPU, whilst Samsung's Galaxy Gio is also powered by an 800 MHz chip. The 800 MHz processor speed ensures that things run smoothly in the OS, with occasional lag, when you view HD videos for instance.

Running the Smartbench 2011 benchmark application the X5 scored a very good 998 on the Productivity Index, with an average 764 on the Gaming Index. This means that in terms of the Productivity Index scores, the X5 fared better than both the speedier Samsung Galaxy S I9003 (797), as well as LG’s 1 GHz Optimus Black (788). Both these smartphones give it a proper hiding when it comes to the Gaming Index scores though, as these mobile devices scored 1852 and 1771 respectively.

Also onboard is a 5 MP camera that can record HD-ready videos (720p@30fps). It might not be able to hold a candle to the 12 MP mega-snapper employed on the Nokia N8 nor the 8 MP camera of the E7, but the picture quality is very good none-the-less.

There are a couple of issues with this camera though. Firstly, we found that the is a noticeable amount of lag between the time you press the capture button to the time it actually takes the photo. Secondly the fact that the lens protrudes out of the rear cover means the improved probability of the lens scratching.

This smartphone also features Wi-Fi 802.11 n, Bluetooth 2.1, 3G HSDPA, GPS, and 2 GB of storage that can be boosted via a hot-swappable microSD slot that supports cards up to 32 GB in size. 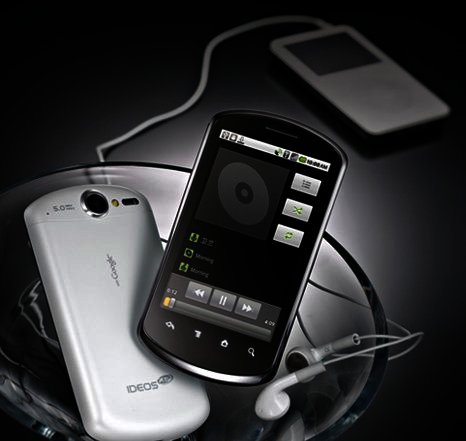 Huawei’s IDEOS X5 smartphone isn’t the most exciting Android-running mobile around, but for a almost entry-level R2799 you do get some very nice mid-range specs. The latter includes its comparatively big display, productive 800 MHz processor and HD-Ready video recording.

For us it is worth paying the R300 over and above the LG Optimus One’s RRP of R2499. But since we’ve not yet tested the entry-level HTC Wildfire S and the Samsung Galaxy Gio we reserve our judgement.

Unprotected camera lens sticks out of the rear cover, camera lag, Android Froyo not the most up to date version of the mobile OS, and not the most affordable of the budget conscious Android group.

CONS
Unprotected camera lens sticks out of the rear cover, camera lag, Android Froyo not the most up to date version of the mobile OS, and not the most affordable of the budget conscious Android group.
TAGS:
HuaweismartphoneAndroidHuawei IDEOS X5
USER COMMENTS