Sony Ericsson (SE) decides to mix things up in the smartphone sound department, by delivering a boombox audio experience via its new Live with Walkman Android smartphone.

This smartphone boasts a dedicated Walkman button on top of the device next to the 3.5 mm jack. Once pressed you are immediately transported to your music player. Apart from the regular controls, here SE also provides you with the on-screen Infinite button. It cleverly links the current artist playing to new content the likes of music videos on YouTube, artist info pages on Wikipedia and song lyrics searches on Google.

All this added functionality works well and is very nicely integrated, but we would liked to have seen dedicated hardware music controls on the mobile as well, similar to the ones on the BlackBerry Curve 9300. These would provided a hassle free music experience, since, while shopping, gymming or jogging, you constantly have to take the Live out of your pocket to skip a track or pause the music onscreen.

If you’re one for listening to music via the onboard speakers, the SE Live with Walkman should be right up your alley, seeing that it features Sony’s xLOUD Experience. This enhances audio output on the phone’s loudspeakers, especially on the higher levels, for much louder and clearer audio compared to what other phones can offer. There is no question that the enhancements enable the Live’s loudspeaker to belt out tunes at an incredible volume, with the quality being very good up until the highest volumes when the music tends to become a little distorted and hollow.

Joggers and regular visitors to the gym will appreciate the phone’s grip-and-pocket-friendly (106 x 56.5 x 14.2 mm) dimensions. The Live with Walkman sports an attractive curved design, similar to SE’s Xperia mini but not as stylish or thin as the Xperia arc. This device is not just a glorified entry-level device, since it is powered by a very capable 1 GHz processor (make not specified), allowing for speedy navigation through the mobile operating system (OS).

In this case, the OS is the up-to-date Android 2.3.4 (Gingerbread), but heavily customised with SE’s Timescape skin. The latter adds some handy functionality to the standard Android interface, such as Facebook Inside Xperia 2.0 that enables deeper social networking integration. For example, whilst listening to a cool new music single on the FM radio app, you are able to utilise the TrackID functionality to identify it and once identified you can share it with your contacts on Facebook.

Although you might not end-up utilising many of these features, it is a welcome addition that will offer quicker and easier access to your social networks from within apps. 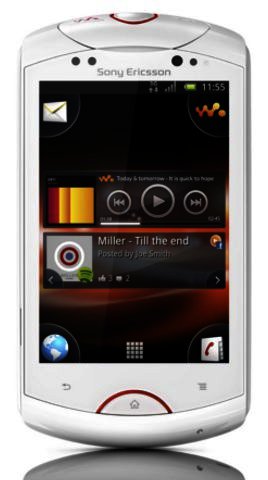 You navigate the OS by employing the phone’s 3.2" (320 x 480) scratch-resistant capacitive touchscreen, which features good viewing angles and nicely saturated colours. It doesn’t feel as premium as the 4.2" Reality Display of the more expensive Xperia arc and is more susceptible to displaying glare in direct sunlight when compared to, for instance, Apple’s Retina display and Nokia’s ClearBlack display. The phone boasts a capable, but not overly impressive, five megapixel camera that can shoot HD-ready (720p) videos.

Just like its Sony Cyber-shot compact camera proteges, this camera enables you to capture 3D sweep panoramic photos by holding the shutter button down and steadily moving the device from left to right. You can then view them on the mobile or opt to show these photos off in 3D if you happen to own a 3DTV or monitor. It’s a new addition that we really liked, providing the Live with Walkman with an added benefit amongst its Android-running competitors.

A 2 GB microSD card makes it into the box, which come in handy if you are big on music and apps since the phone merely boasts 320 MB of internal storage space. 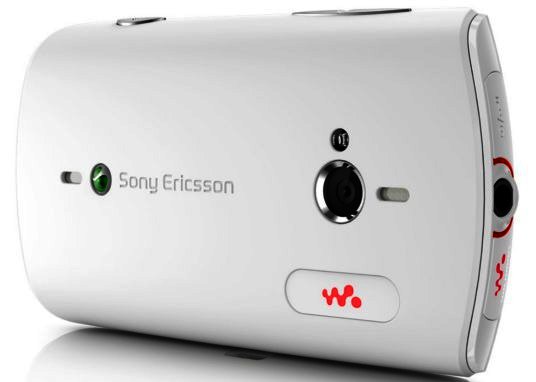 SE’s Live with Walkman boast some decent specs, most notably its XLOUD sound enhancements, as well as a truly functional Android skin and Walkman functionality. It would have been even better if it sported media control buttons (like the BlackBerry Curve 3G) directly on the device. This music-loving smartphone can be yours for an RRP of R3699, placing it in the lower end of the mid-range smartphone spectrum.

This pricetag makes this mobile a lot more expensive than budget-friendly smartphones such as the Samsung Galaxy Gio (R1999), LG Optimus One (R2499), Huawei IDEOS X5 (R2799) as well as the HTC Wildfire S (R2888). These smartphones offer the same type of look and feel, because of their smaller display sizes and candybar form factors as well as the similar specs.