5 things we want from Apple Watch 2

Apple has had many successes in the the past decade, but it's hard to label the Apple Watch as one. The Cupertino-based company was one of the last to jump on the smartwatch bandwagon, but even they struggled to nail down the user experience, resulting in what essentially added up to a very fancy notification screen on your wrist. The second iteration of the Apple Watch is yet to be detailed, but it is believed to be debuting on 21 March. If that is indeed the case, here are five elements Apple has to get right for it to fare better than its predecessor. Calling functionality is something that only a handful of smartwatch makers have gotten right. The Apple Watch did not feature any cellular compatibility, perhaps to its detriment. The next version needs to, particularly if users are going to start viewing smartwatches as actually being smart. The ability to make and receive phone calls, sans smartphone, is one that is desperately required to make the Apple Watch feel like a true wearable device.

watchOS is the youngest of all Apple's operating systems, so there will naturally be some growing pains. For the Apple Watch, the main home screen features a cluster of apps and icons which can be moved through or zoomed in on. It didn't quite work in my opinion, with the 1.65" display (42mm model) not being large enough to interact with content. The digital crown, located on the right side of watch face, was also a bit too finicky to facilitate the process. As such a bit of refinement is in order here.

Apple products are expensive, there is no way to skirt around this issue. While most of us seem not to care about Apple's pricing, given how many iPhones and Macbooks are sold every year, the Apple Watch is quite simply too expensive. The entry level model went for sale at R5 900 here in SA last October, with the most expensive option requiring a staggering R18 500. While Apple has not commented on price being one of the reasons that the Apple Watch did not sell as expected, the fact that it costs as much as an iPhone can't go unnoticed. 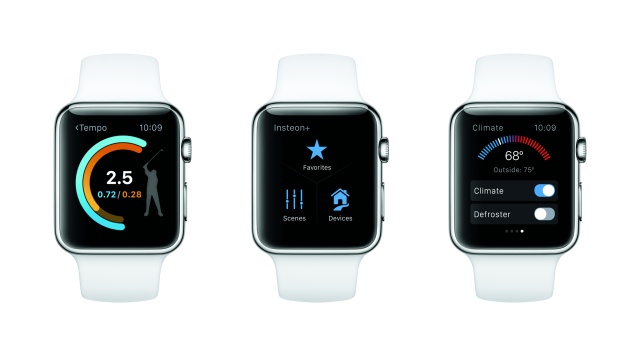 Battery life remains one of the pain points for the Apple Watch. When Apple first debuted the wearable, the battery capacity was in fact glossed over. Subsequently, users and reviewers experienced vast differences in battery life performance. To that end, upping the current 250 mAh battery to something closer to the 1000 mAh threshold will greatly improve the user experience, as a trip to the charging station would only need to be done every three days or so, instead of one.

The Apple Watch features no front facing camera. While that is certainly not a deal breaker, having one for services like Skype and FaceTime would indeed be a nice addition. This is true, especially as one of the talking points from Apple's debut of the device centred on connecting to and interacting with other Apple Watch wearers.


While most of you will be enjoying Monday, 21 March, off for Human Rights Day, you can follow us on Twitter from 19:00 PM onwards, as we'll be live tweeting the Apple event. Follow us at @TechSmartMag to find out if the Apple Watch 2 is indeed coming.