A closer look at Sony Xperia's mid-range trio for 2018

At CES 2018 earlier in the year, Sony's focus was on mobile. The Japanese company, which normally saves its new mobile device unveilings for MWC in Barcelona, opted to change tact and unveil a trio of new mid-range phones. These were all follow ups to previous iterations of Xperia device and include the XA2, XA2 Ultra and L2.

We were invited by Sony Mobile South Africa to check out all three devices up close and personal at their offices this morning, getting a feel for the new phones in the process. The trio will be landing locally on 2 April and bring a handful of new features across the board. 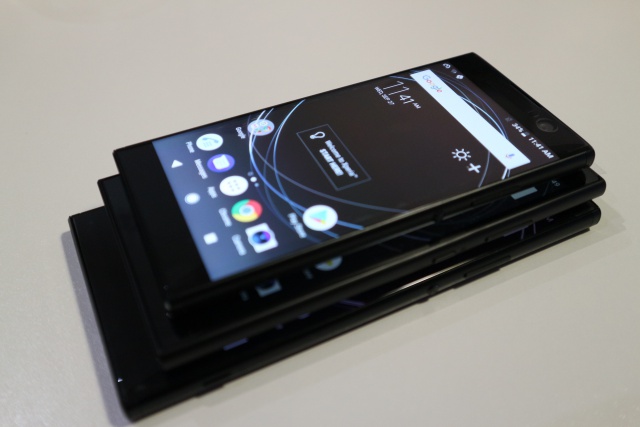 First up is the Xperia XA2, which is perhaps the one device with the most changes, particularly in terms of design. It features a greater deal of curve to its body, with rounded edges on the sides. The 5.2" (Full HD) screen is also slightly curved, which Sony is calling "glass loop", with it being edge-to-edge too.

Other notable aspects include a Qualcomm Snapdragon 630 processor, 3 GB of RAM, 32 GB onboard storage and a 23 MP primary camera on the back. Below that sits a fingerprint sensor, which is a feature across all three of these new devices. Up front is an 8 MP camera with a 120-degree super wide-angle lens, as Sony has placed an emphasis on selfies for both the XA2 and XA2 Ultra.

Speaking of which, the Xperia XA2 Ultra is Sony's follow up to the edge-to-edge display sporting XA1 Ultra. We are fans of that device as its bright 6" screen and value for money yielded a great mix. As such, there’s high hopes for the next iteration to do the same.

Like the XA2, the Ultra has moved the fingerprint sensor to the back and is powered by a Snapdragon 630 processor internally. The differentiators, however, are a 6" Full HD screen and the addition of two front facing cameras for selfies. These are split between a 16 MP lens with Optical Image Stabilisation and 8 MP 120-degree wide angle offering.

Last is the Xperia L2, which Sony says is designed for consumers that place value on cost. That said, recommended pricing for the phone remains unknown for now. In terms of size it sits in the middle of this trio, with a 5.5" HD screen taking care of things up front. Internally, the Japanese phonemaker has opted for Mediatek instead of Qualcomm, going for an MT6737T processor.

Its overall camera setup may not be as good as the other two phones, but there is an 8 MP 120-degree wide angle lens up front, again placing the focus on selfies. The rear shooter is 13 MP and a relatively large 3300 mAh battery keeps the lights on.

According to Sony, all three devices are set to land on 2 April. There is, however, no indication of whether exclusive deals with Takealot or other carriers are in the works at this stage. Also unknown is the recommended pricing for all three devices, but Sony Mobile South Africa has noted that they will not be too much more than the previous generation of devices.