Google’s Chrome OS has been for the most part featured on its low-cost (at least some) Chromebooks. Now for the first time it has made the jump to tablets, with the Acer Chromebook Tab 10 seeing the light of day. Aimed it seems mainly at the education space, where Chromebooks made a major impact Stateside, the Chromebook Tab 10 now takes on the likes of the iPad in the classroom.

This touchscreen (9.7”) device comes standard with a stylus, but no keyboard, while students’ Tab 10s can be managed by the teacher through with the help of Chrome Education license. According to Ars Technica, the screen resolution stands at a solid 2048 x 1536, while Google’s OP1 processor does the heavy lifting. With 4 GB of RAM onboard, a USB-C port, 32 GB of storage with an additional microSD card slot, and a 2 MP front facing plus 5 MP back facing camera, the Acer Chromebook Tab 10 looks like a strong contender all around. 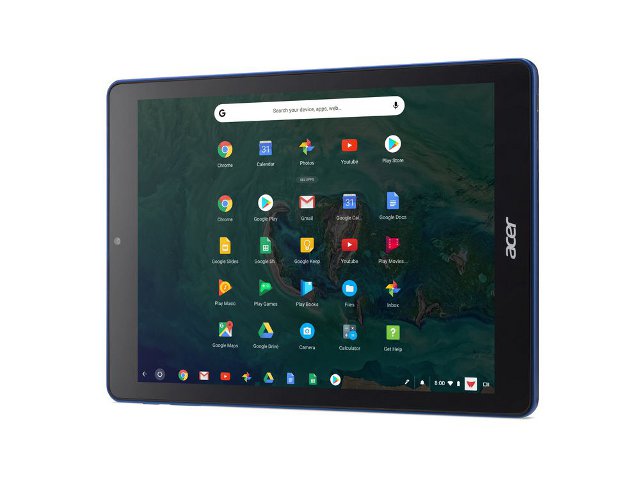 With the release of this new Chromebook OS tablet, Google seems to have stolen a bit of thunder from Apple, since Cupertino is set to hold an education focused event today (in the US), where a cheaper iPad is said to be in the offing.

Now for the price, which for the Europe, the Middle East, and Africa market stands at €329. If many local schools can afford that remains to be seen.