Now a fixture at the company's press conferences, yesterday's IFA 2017 event saw Acer waste no time in introducing the latest additions to its Predator gaming range to the world. The most notable came in the form of the Orion 9000, which the Taiwanese manufacturer named the most powerful PC it has ever made.

As with most of the Triton devices within the Predator lineup, a black and silver colour scheme is present, with blue lighting accenting the design, which Acer likens to a spacecraft. While we can't attest to its spaceship credentials, we can comment on some the new cooling technology Acer has integrated into this tower. Keeping things running cold is a combination of liquid cooling and Acer's Ice Tunnel 2.0. The latter is a system that separates the components of the PC into different thermal zones, each with their own individual air tunnel to help expel heat. 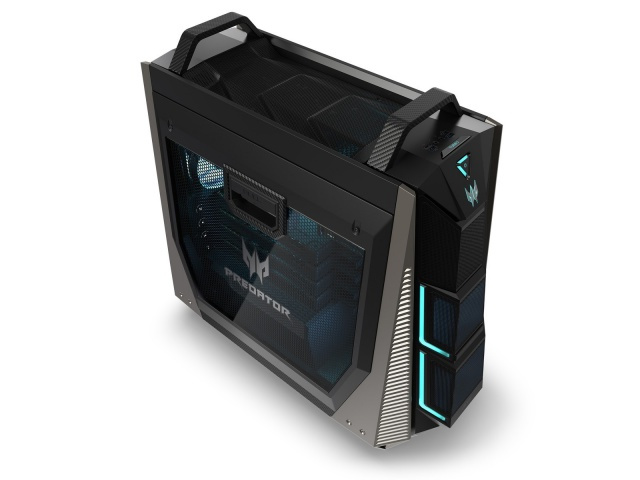 As for what you'll be keeping cool, Acer will be serving up a choice of either Radeon's RX Vega graphics cards, with up to four cards capable of being supported by the Orion 9000. Gamers are also able to opt for up to two of Nvidia's GeForce GTX1080Ti GPUs. On the processor side things are equally impressive, with the Intel Core i9 Extreme Edition (18 core) on offer, along with up to 128 GB quad-channel DRR4 memory.

When can you get your hands on this behemoth of gaming power? Acer Africa is not disclosing any pricing or availability information for now, but hopefully rAge in October will provide an opportunity for the company to detail an impending release.