Talk about taking things to the next level, Adidas is actually taking it to space. The footwear and apparel manufacturer has announced a multi-year partnership with the International Space Station (ISS) U.S. National Laboratory.

As part of Adidas and ISS National Lab’s partnership, they will pursue breakthroughs to improve future design and engineering for athletes on and off Earth.

The initial phase of the partnership focuses on product innovation, and with the support of the ISS National Lab and technologies developed by NASA, Adidas will become the first brand to test footwear innovation in the extreme conditions of space.

Adidas’ Boost technology is scheduled to be tested without the distraction of gravity – which the company believes could influence the performance and comfort of existing models and enhance innovation of new products. Adidas soccer balls, delivered by the NASA-contracted SpaceX CRS-18 cargo mission earlier this year, have also been tested in a series of experiments aimed to extend understanding of flight characteristics beyond an Earth-based wind tunnel. Adidas mentions that depth in spherical aerodynamics will enable more design freedom for panel shape and texture.

In future phases, Adidas plans to research elements such as human performance and sustainability while leveraging the ISS National Lab. Insights from the strenuous physical training regimen developed for astronauts could also allow Adidas to apply potential learnings to athletes.

The company notes how future research on the space station could be applied to Adidas’ Loop Creation Process for circular manufacturing to help advance sustainable creation and recreation methods applicable to Earth. “The unique conditions of space provide the ideal environment to discover the unknown. For example, microgravity is the only condition in which we can observe specific experiments like the behaviour of a spinning soccer ball without interrupting airflow and external supports holding it in place. Having control of certain variables allows us to conduct tests and collect insights that aren’t possible on Earth,” explains Christine Kretz, VP of Program and Partnerships of the International Space Station U.S. National Laboratory. 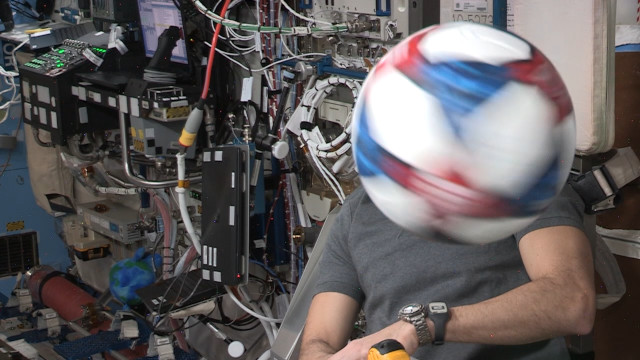 Adidas will send its signature Boost pellets and footwear to the ISS National Lab onboard a future SpaceX cargo mission, with testing to begin as early as 2020.  Astronauts onboard the station will execute experiments without the distraction of Earth’s gravity to uncover whether it’s possible to produce Boost midsoles with regions of different particle sizes– something that scientists theorise could optimise footwear performance and comfort.