In this shared-era in the economy, few companies have had a greater impact than Uber and Airbnb. While the former has faced stiff opposition, also locally, Airbnb has very much been embraced by South Africans (more than 1000 local listings), with tourism being one of the country's key economic drivers. As such, local Airbnb listers will be glad to hear that the San Francisco-based company has begun the official global rollout of its Business Travel programme, which will allow companies to rent the same types of properties as other everyday Airbnb users do.

Airbnb began trialing the service in July last year, with 250 US companies all participating, including the likes of Google and SoundCloud. In terms of success, Airbnb has reported an estimated 700% growth in its Business Travel offering in the past year. 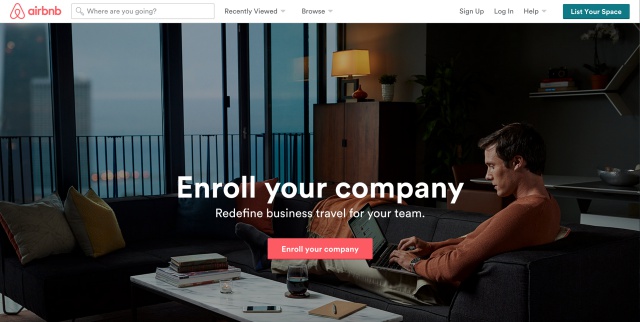 As far as how well those companies travel experiences went, no official statistics have been released, but Google's Global Travel manager, Darragh Ormsby weighed in, “Our employees worldwide appreciate the choice and flexibility that Airbnb listings provide them when they’re on the road — whether for conferences, meetings, or team offsites. It's great that Googlers can easily access Airbnb's wide range of accommodations as they make their travel plans."

It now seems that Airbnb has created an offering, on par with most hotels, which often rely on business conferences, conventions and meetings to make up a bulk of their bookings. As for how they will react to this latest development, we'll have to wait and see. For now though, Airbnb has not detailed when this service will make it to specific parts of the globe, but they have already begun a promotion Stateside between now and 1 September.