EA Sports surprised a few people at E3 this year with their announcement of a new mode in FIFA 17 called "The Journey". It's essentially an in-game story mode that allows gamers to play as fictional player Alex Hunter, as he tries to make the grade in the Premier League. At the time, Hunter was shown to be a Manchester United player, drawing many comparisons to real-life Red Devil Marcus Rashford, who came onto the scene last season. 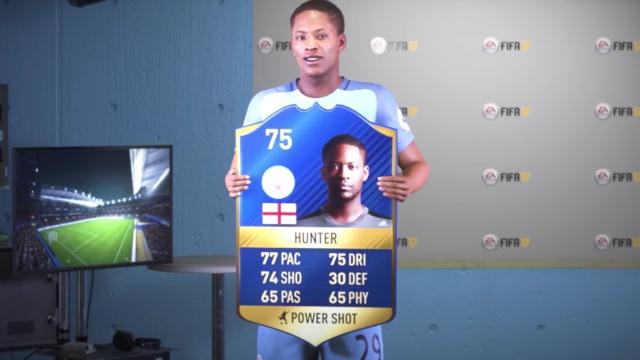 Now a new cinematic trailer has been released by EA, with Hunter switching allegiances and sporting a Manchester City sky blue kit instead. It may have something to do with the Citizens recent derby win over the weekend, but it's pleasing to see that gamers are not limited to only playing for Man U. Whether or not the full roster of Premier League clubs are at one's disposal remains to be seen, but The Journey looks like a nice change for those bored with the player career mode currently on offer.

The Journey will be available in part with the FIFA 17 Demo, across various platforms. Hit play on the video below to see Hunter try and make his way as a Man City player, as well as a host of cameos from real-life players and managers.